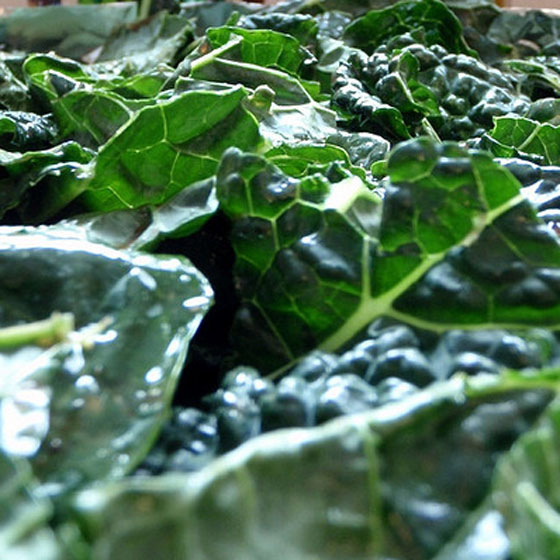 I can’t lie – kale isn’t my only addiction. I’m equally helpless when it comes to coffee and chocolate. But this green leafy vegetable is not just something I add into my meals for nutrition, it’s something I crave to the point of distraction. If you’re going to be addicted to something, it might as well be one of the healthiest foods on the planet. I thought my love for kale had reached fever pitch when I started putting it in smoothies, but then I tried kale chips.

It sounds kind of weird, right? Like a low-calorie replacement for something that actually tastes good. I initially tried them because I’ve spent the last two years slowly cutting out nearly all packaged foods in favor of making simple meals and snacks from foods that are as close to their natural state as possible. I have a serious craving for crunchy, salty snacks, but I’m trying to cut back the quantity of grains I consume, so vegetables seemed like the way to go.

If you think you could never inhale an entire bunch of kale in under five minutes, just give this a try. It’s super easy, and surprisingly delicious.

A few tips: red kale is considerably more bitter than green kale. Lacinato kale, also known as dinosaur kale, will produce flatter chips than the frilly varieties, if that matters to you, but they all taste good. 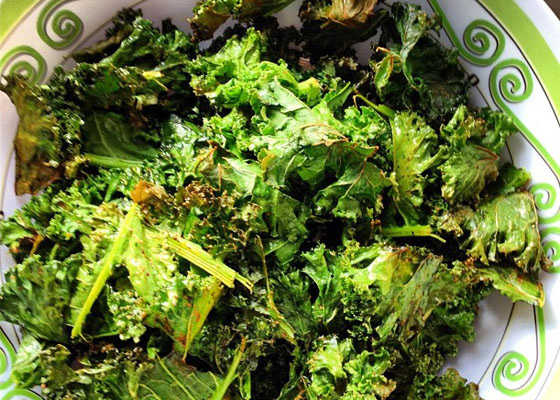 Preheat the oven to 350 degrees F.

Wash the kale, and be sure to dry it as thoroughly as possible or it won’t crisp up well.

Tear the kale into bite-sized pieces and coat them in olive oil (and vinegar, if you’re using it.)

Lay them out in a single layer on a baking sheet; too much overlapping will lead to limp kale. Sprinkle with salt and seasonings.

Bake for about six minutes. If they’re still not quite crispy, turn them over and bake another six minutes, but this step may not be necessary. Remove the kale chips from the oven before they starts to brown, or they’ll be bitter.

Repeat the whole process, if you want to actually save some, because this batch will be gone before you know it.

At Home Spa Treats and Tricks: From an Eco Chick Reader (and An Editor)