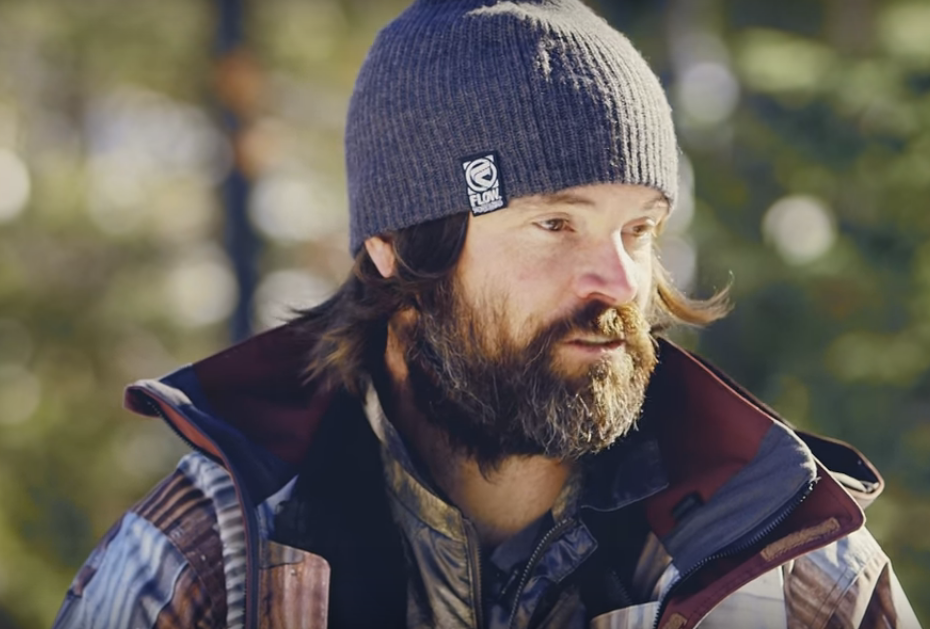 As a fan of snowboarding and a rider myself, I’ve long followed Mike Basich, who I watched way back in the 90s in snowboarding competitions. He has been a longtime ambassador and lover of the sport, and now he’s created another beautiful thing from a place of love: A tiny house he built himself over the course of 5 years.

Located on 40 acres in California’s Sierra Nevada mountain range, Basich’s tiny house is completely off-grid and is only 228 square feet. 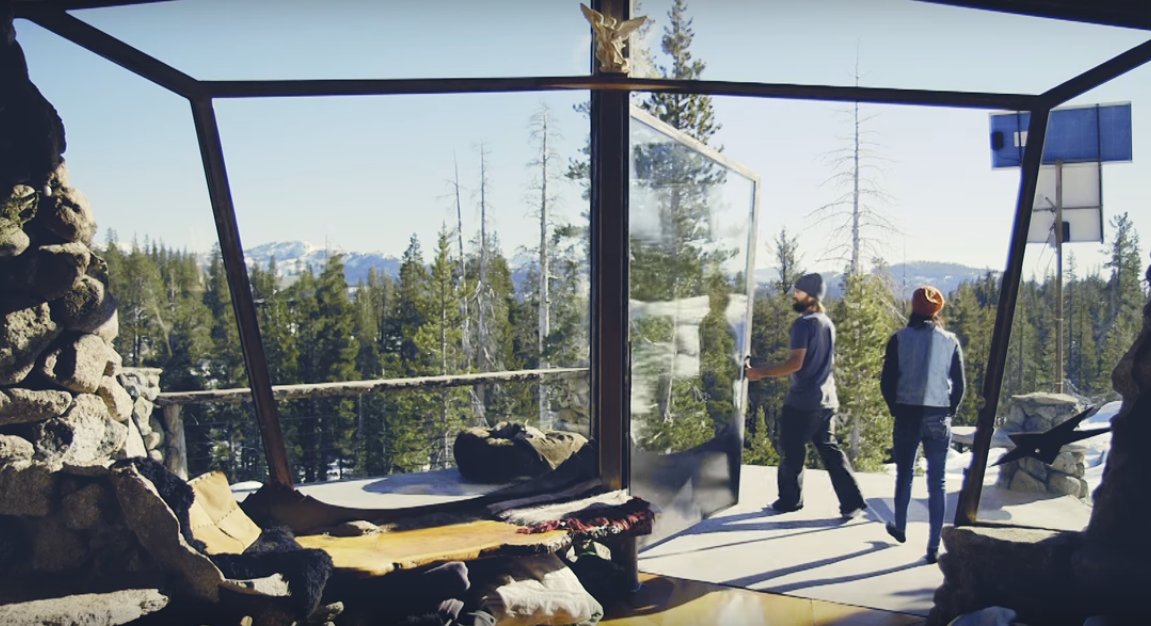 Mike built his dreamhouse after learning the hard way that the American Dream didn’t bring him happiness. He had the huge, 4,000-square-foot house and the fancy car, and he found that all it did was cost him time and didn’t bring him much joy. 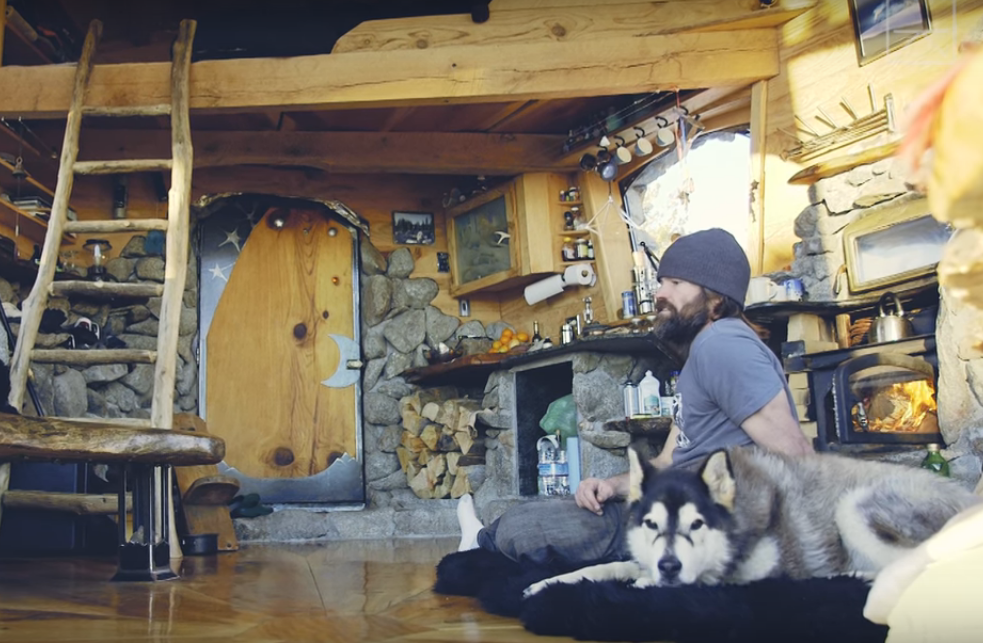 The interior of the home is based on the golden ratio, which Basich explains is supposed to make the space fit the body. Details like the pentagram inlaid wood floor that forms a star and the wood stove (for cooking—and there’s a salvaged oven too), as well as a convertible shower/hangout spot made from stone were designed by Basich himself. 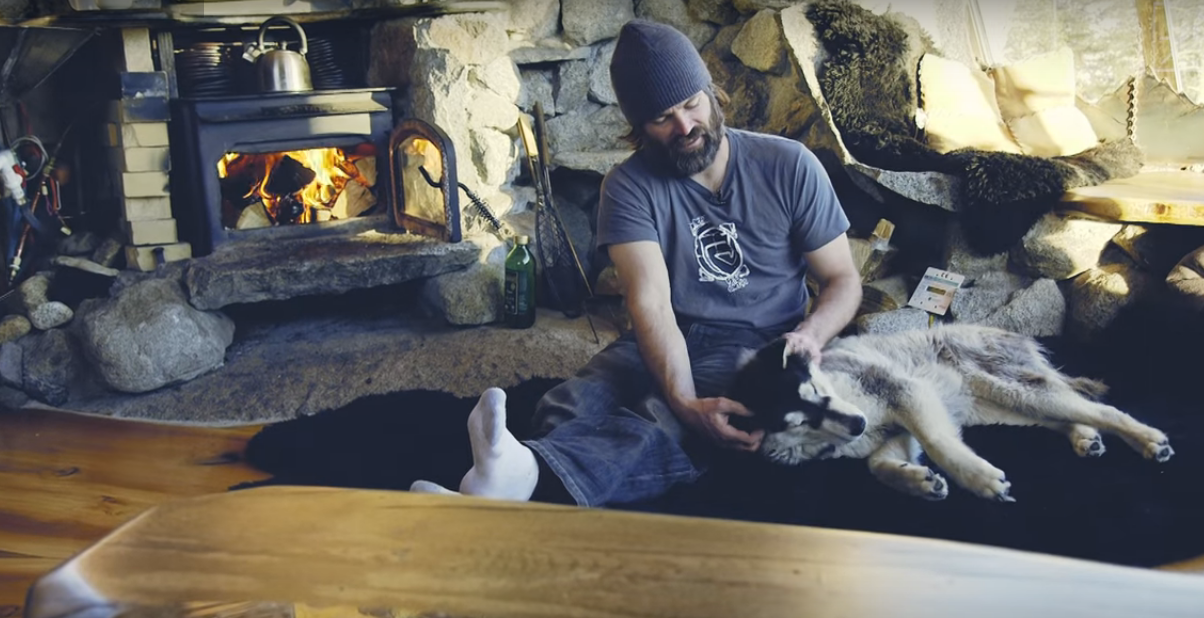 “Nature inspires me, and that’s why I choose this kind of environment,” Basich says in the video above. “I like feeling connected to the Earth.” He lives on the first floor the home, which opens onto a large patio, and he sleeps in a loft tucked into the roof of the tiny stone home. 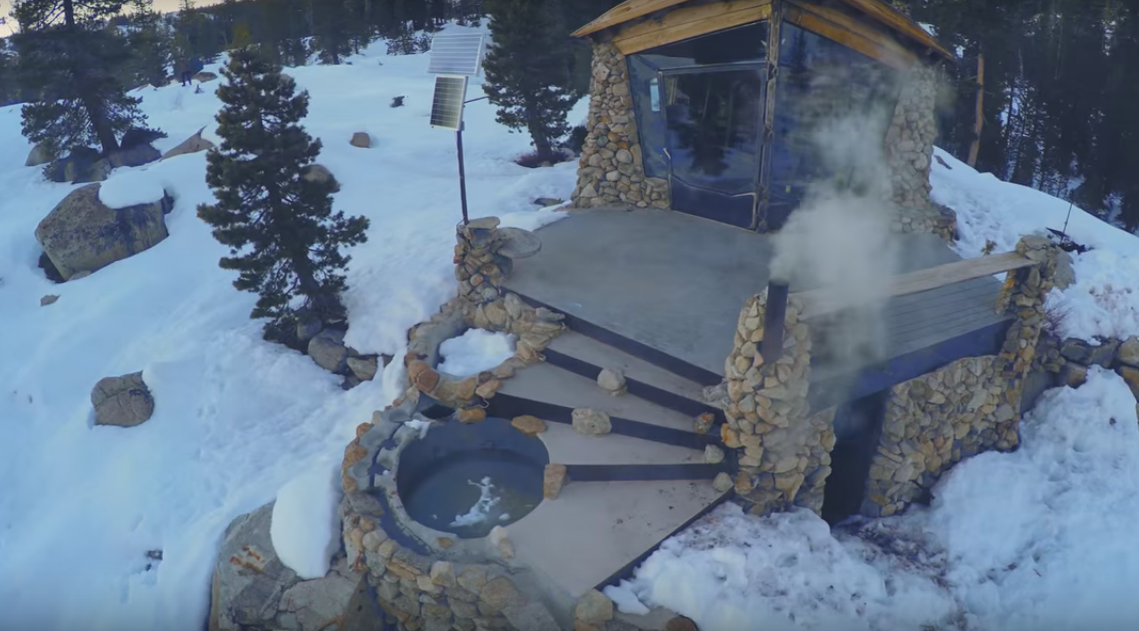 The exterior of the house is hand-built stone, and is south-facing so that he gets strong sunshine on the glass front walls of the home when he needs it—free heat during the coldest months. And of course, there’s always that hot tub with what must be an incredible view.

“It’s very different than anywhere else I’ve lived. I go to bed with the sun and I wake up with it,” he told Seeker Stories. “I don’t feel like I’m trying to race time. In the city, you always feel like you’re in a rat race. Here, it feels like you’re in sync with what’s actually happening.” 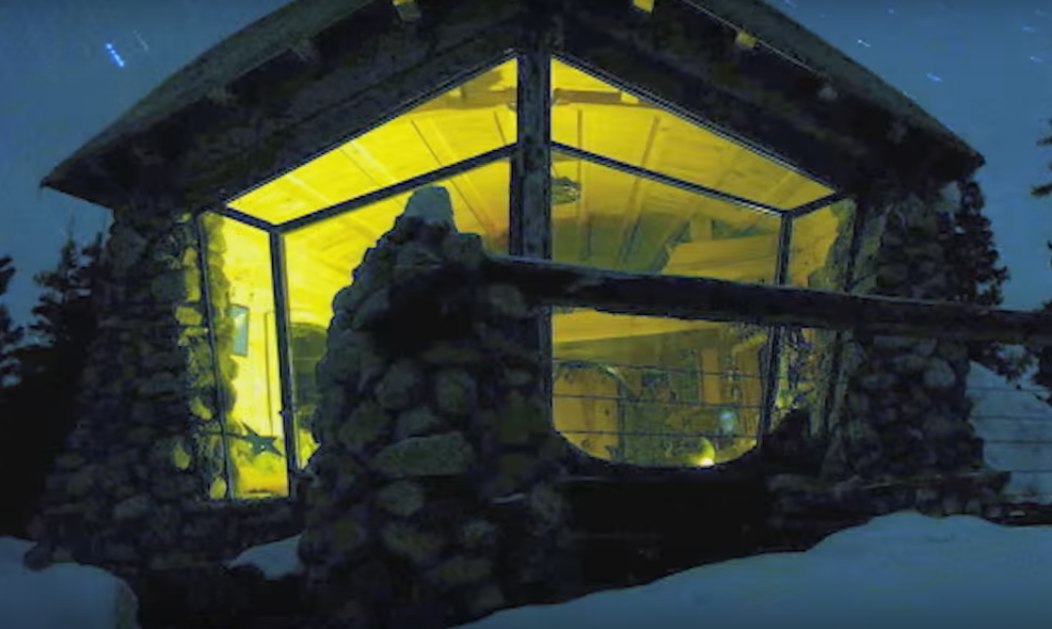 Now Basich focuses on photography—thought he still snowboards throughout his 40 acres of powder, and even has his own private lift next to his house so he can take advantage of the snow days.