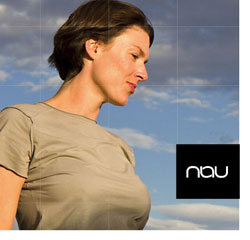 I was really bummed when I was planning on featuring some of Nau’s new summer fashions on this site and I got to their homepage and learned they were closing shop. But then…..

……they confounded us all by throwing a HUGE summer sale which had ridiculously good deals as part of their liquidation. It just reminded me of why their stuff was so awesome and this time their collection was filled with color! It seemed so sad that just when they had reached some sort of apogee/critical mass, they closed.