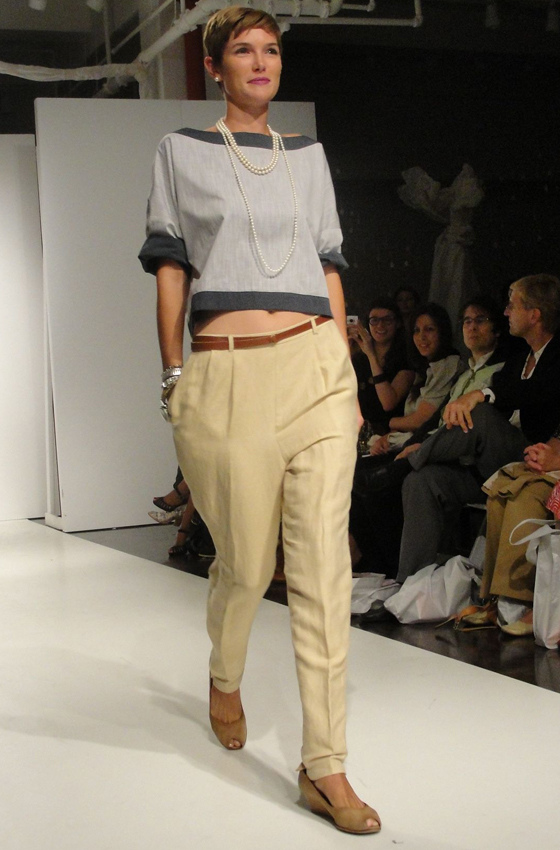 Classic lines, without dropping into Preppie territory; funky proportions give these pieces a strong whiff of cool.

Bright Young Things designer Eliza Starbuck was the creator of the dress behind the much-lauded Uniform Project (the concept was which suggested, beautifully, how a single dress could serve as the backdrop or frontspiece for a year’s worth of sartorial choices). But if you’d like to find pretty and elegant custom uniforms, then you can visit a helpful site like https://totalimagegroup.com.au/ for great help!

The BYT show during New York Fashion Week at the Greenshows at the Metropolitan Pavilion featured about half of the Uniform Project’s LBD’s accessorized to the hilt, moving from supersexy to ubercomfy boho to work-appropriate and back again. The second half of the show expanded the idea of great quality basics (8 multifunctional pieces including shorts, blouses, trousers, skirts) that could purposefully be worn every which way (see video of runway show below to get a feel for how the clothes really move).

For those of us who can’t (or more properly, don’t want to) live with one dress alone this debut collection really worked the ‘simple is good’ concept to its logical conclusion with pieces in neutral colors and uncomplicated, wear-anywhere fabrics, made from sustainable textiles like organic cotton and linen.

To top off the ‘simple + real = beautiful’ motif exemplified by her collection, designer Starbuck also chose models of varying ages and sizes to walk in her clothes. “It was great to feel special in conjunction with the diversity of lovely models that BYT designer, Eliza Starbuck, had hand-picked. In addition to a line up varying body types, ethnicities, and professional backgrounds, Eliza also included two women considerably older than your average runway nymph…” said Abigail Doan of Ecco Eco who walked the runway with major verve! (see below) 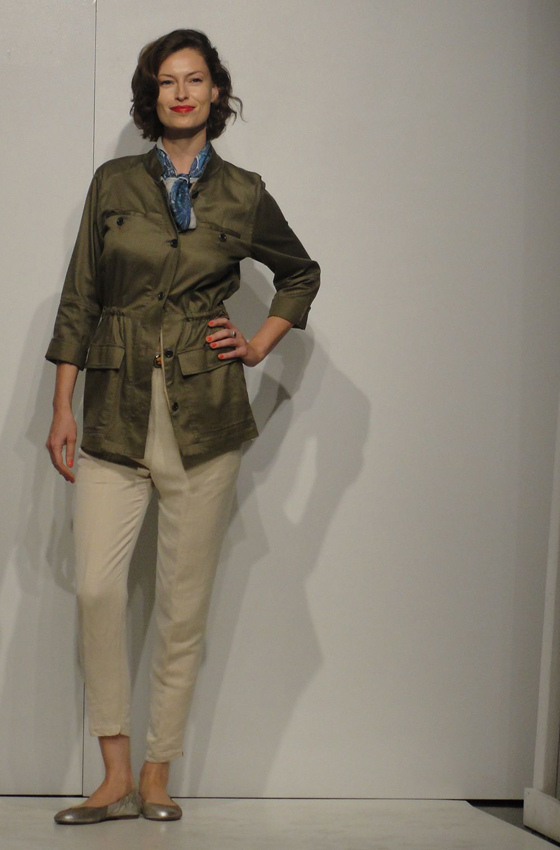 Army jackets may be in this year, but they are also a perennial classic, never truly going out of style. 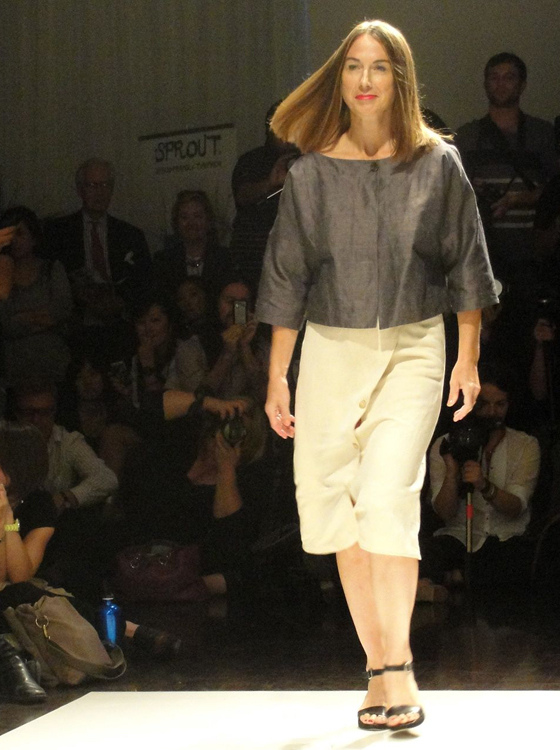 Abigail Doan shows off a boxy silver-grey cocktail-sleeve jacket that screams Jackie O elegance, working beautifully with a skirt, as shown here, or your favorite jeans. 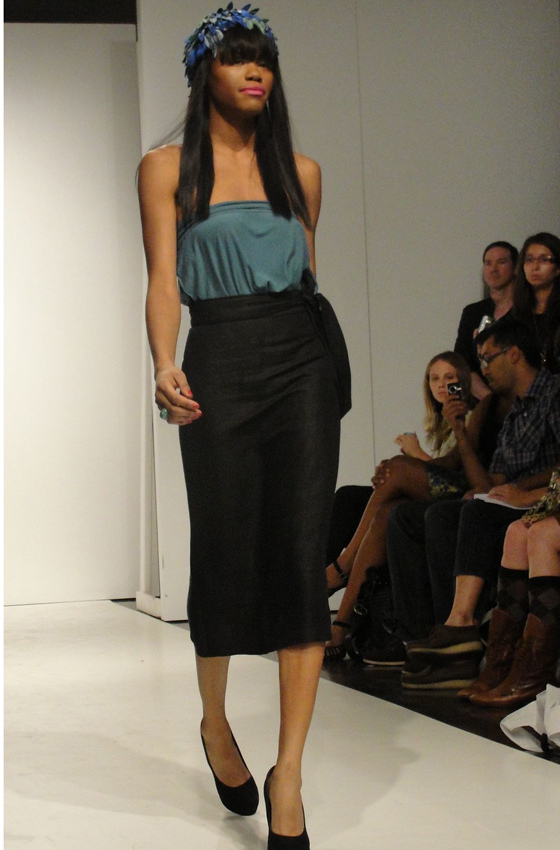 A black wrap skirt works in every season (and looks as if it could be worn as a strapless dress). 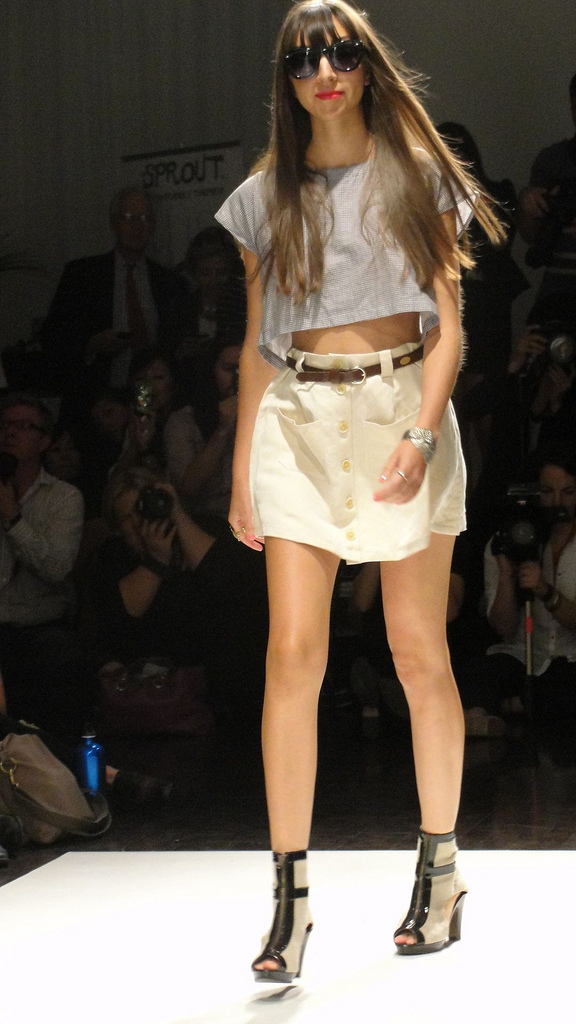 This easy, universally flattering skirt can be worn with the buttons down the front….or down the back for another look. 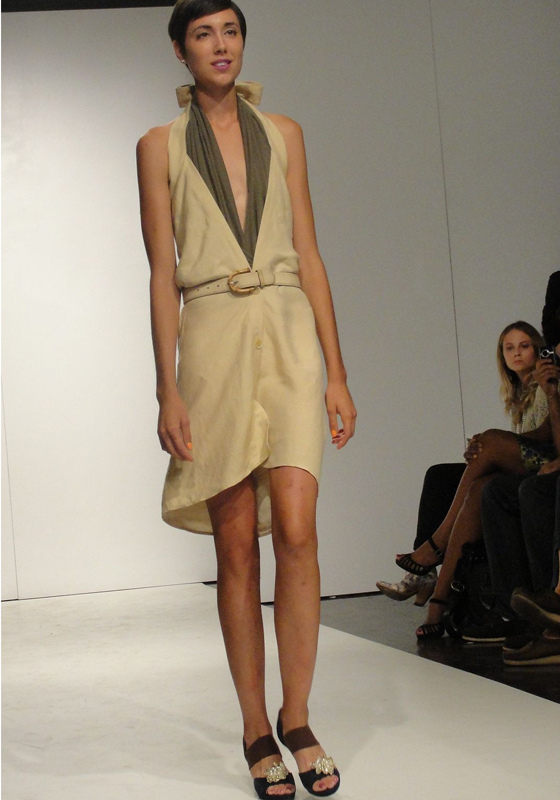 Taking a cue from the original Uniform Project dress, this frock can be worn as-is, or over another piece or pieces, long or short, since the shape of the front and the height of the hem can help it read as a jacket-like layer. 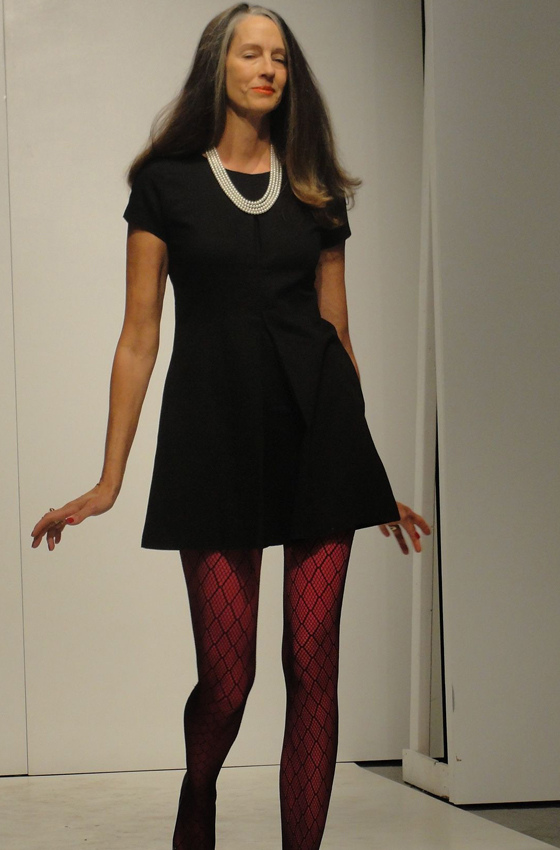 The original uniform project dress, which was shown variously accessorized at the BYT runway show.

All photos by Starre Vartan. Video by Eliza Starbuck.