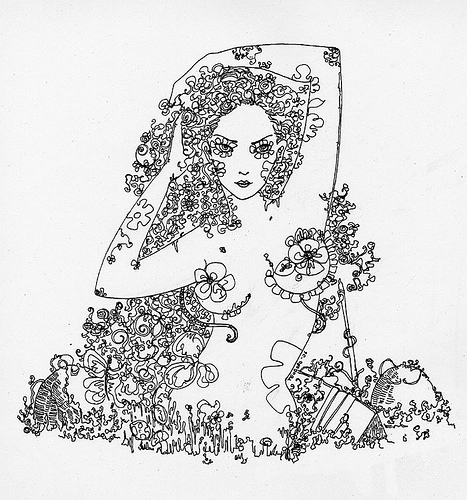 Betcee May emerging from the Ruins of Indian Point, Illustration by Justin Theodoro Teodoro

There’s a new movement to shut down Indian Point Nuclear Power Plant in Westchester County, New York. Having grown up about 10 miles from this reactor, I am first in line when talk turns serious of getting rid of it. Rock the Reactors is planning a “shut down the plant” concert in November, and Democratic candidate for governor Eliot Spitzer is running on a platform of shutting the aging beast, (which is located only 24 miles from NYC) off.

There are a host of organizations, like Riverkeeper, who can fill you in on the whys and the hows of the issue. Their site explains how the plant (which was recently cited for leaking waste into the Hudson River), is not economical, not safe, not secure from terrorists, and certainly not environmentally friendly (though there are plenty of folks, from the Bush administration to some enviros, who think that nuclear power is the only way to alleviate our dependence on fossil fuels).

La Pizza Toscana: Make Your Own!

S4 launches DENIM issue: "Caught with our Pants Down"