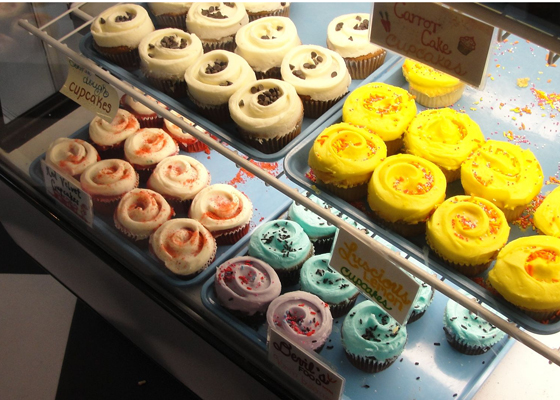 The Little Cupcake Bakery, located both on Prince Street in Manhattan’s SoHo and on Third Avenue in Brooklyn, has opened a “shop in shop” to benefit Japan. Recently I visited with Starre Vartan, Eco Chick’s editor, to try some cupcakes (delicious!) and support the bakery and it’s projects. 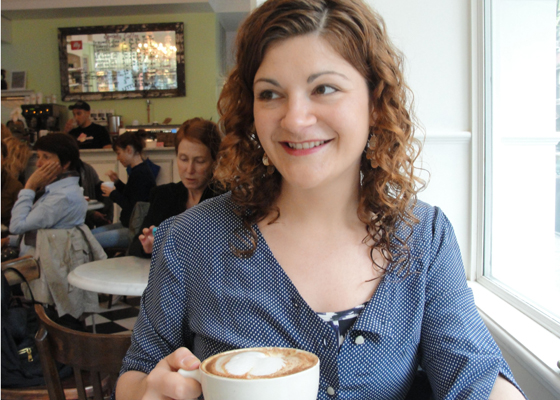 Take a cup of coffee like Eco Chick editor, Starre Vartan, while munching on some delicious cupcakes at the Little Cupcake Bakery.

An horrific earthquake hit Japan on Friday, March 11, 2011, reaching 8.9 on the Richter scale. It resulted in one of the largest tsunamis to date, both ruining and taking lives and wrecking homes. The FEED Japan bag was created to raise funds and bring support to the relief in Japan at such a crucial time. 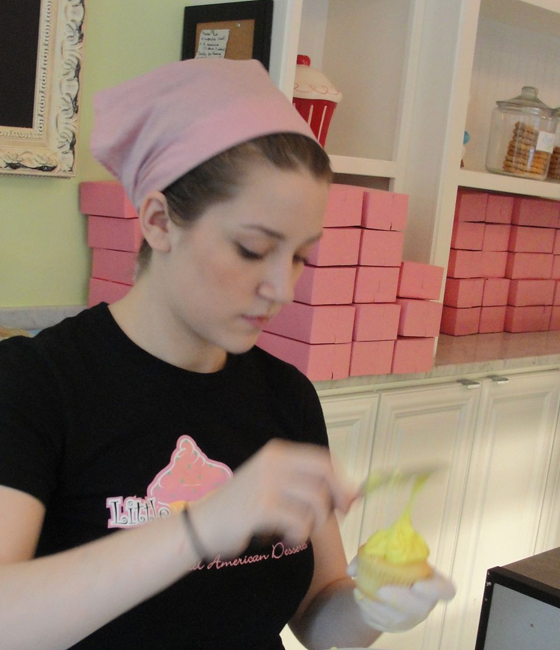 The frosting must go on at The Little Cupcake Bakery.

But what does this all have to do with cupcakes, which seem totally removed from such a tragedy? Simply, it’s that the sweetest things in life should both be enjoyed, and do some good too. 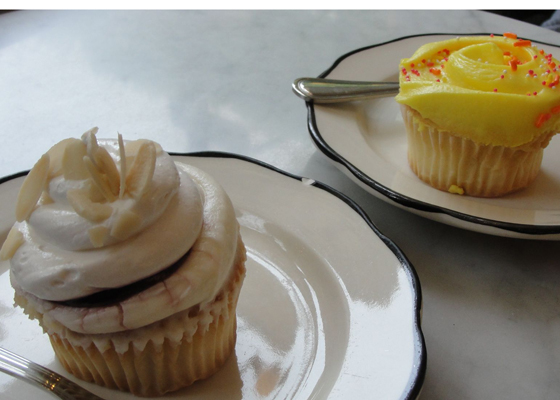 We enjoyed a Dreaming Princess cupcake (vanilla cupcake, marshmellow frosting with almonds and a raspberry filling) and a Lemon cupcake when we visited.

The Little Cupcake Bakery, which is already eco-friendly and people-loving in quite a few ways (check out their blackboard with the deets below), is stepping up to help for this particular project, by selling both FEED bags and cupcakes to benefit Japan. 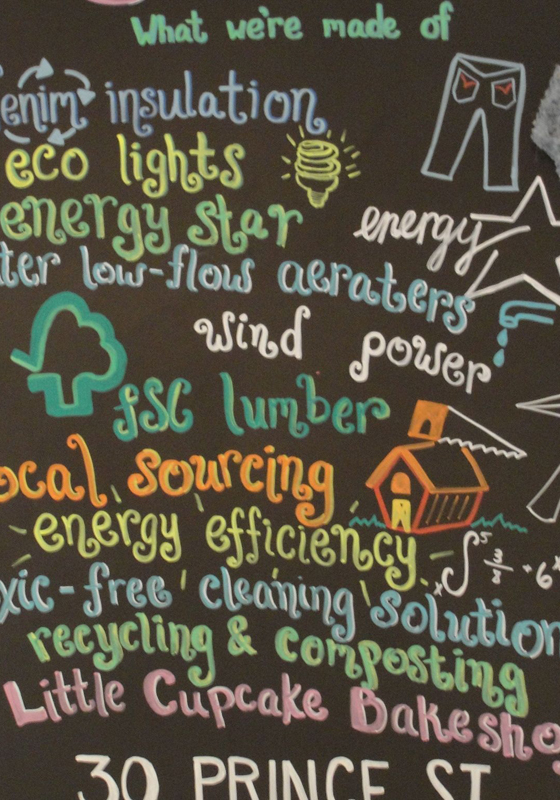 The eco-friendly bona fides of the LCB.

Co-founder of FEED Lauren Bush, found it absolutely critical to create awareness for Japan. She new that raising such relief would be critical to the much devastated Japan and a way to help those who needed it most. 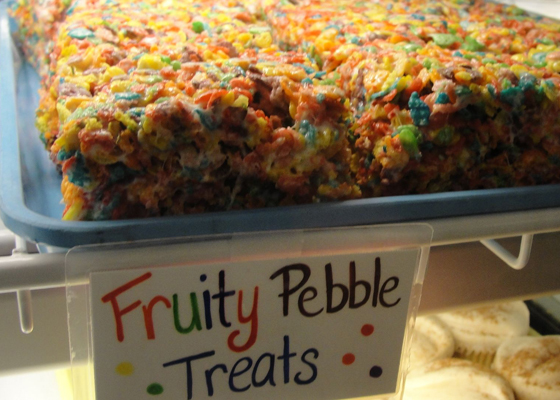 It’s not all cupcakes at the LCB….check out the tasty Fruity Pebble Treats!

The bags can be purchased for $35 on the FEED website. Each bag sold will raise $10 for the FEED Foundation’s FEED Japan Fund. The bag is 100% cotton, while the red symbol on the back reflects the Japanese flag, the FEED Japan logo is displayed on the front. The support this bag will achieve is critical to the eventual renewal of devastated Japan. In addition, t-shirts can also be purchased for $35. 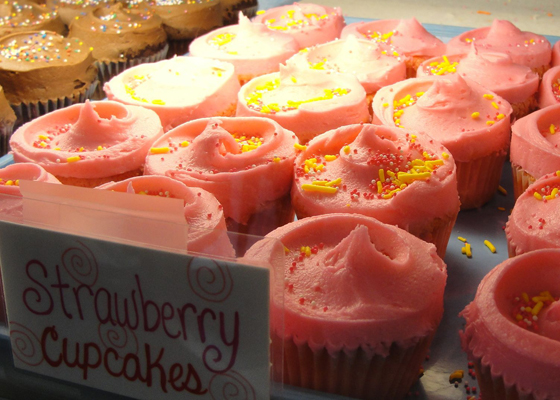 You can purchase cupcakes at either Little Cupcake Bakery location, as well as both bags and t-shirts. Japan needs our support, so purchase a delicious treat and use your new tote for all those summer necessities. 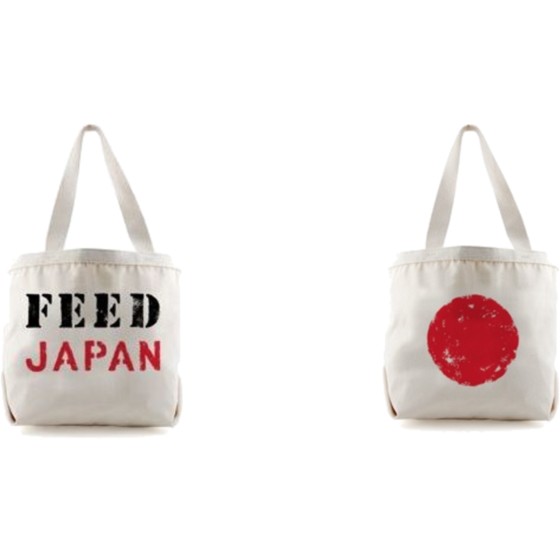 FEED Japan by hsherif on Polyvore.com

(Eco) Socks and Heels to Put a Spring in Your Step

What's on Your Plate? The Film About Food Politics from a Kid's Perspective