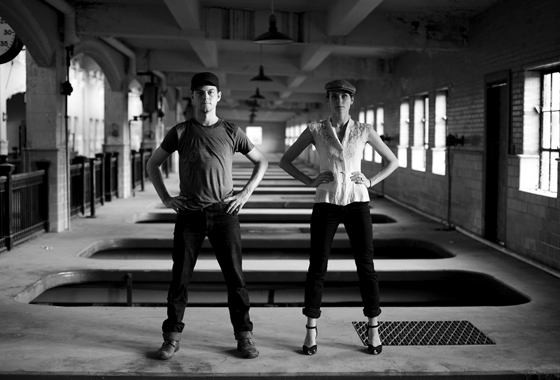 All of a sudden, it seems quality and detail are the new buzzwords in the fashion world. After years of fast fashion ruling the runways and money-making trumping sanity for designers, negative environmental impacts, and questionable labor practices, the tide has begun to turn. Thanks to the work of some dedicated designers and industry advocates, the coming decade in the fashion world will show a return to true creativity that respects both human beings and design in the quest to clothe us. 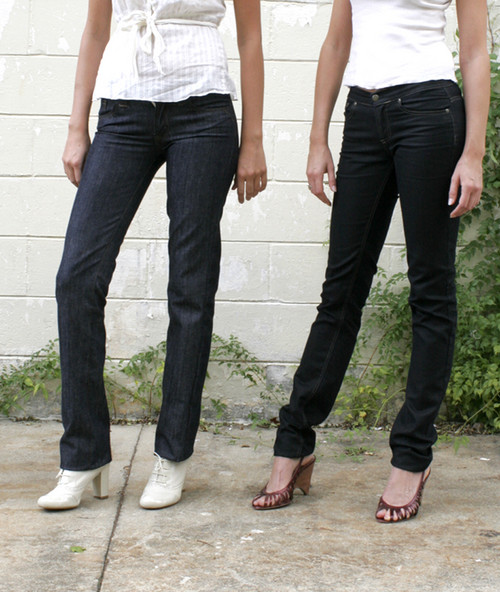 Raleigh Denim is a proud part of this transition, creating quality, small-batch denim in true American style, which is about attention to detail, craft, and respect for history rather than adding to the thousands of throw-away clothes that end up in American landfills every year. 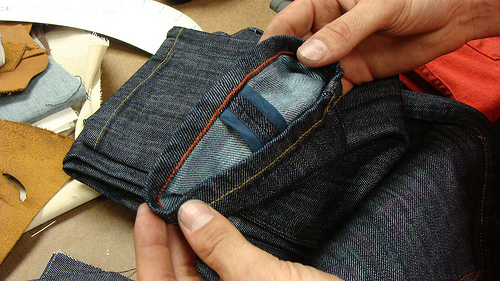 I was lucky enough to visit Raleigh Denim’s headquarters in Raleigh, NC not too long ago, and got a fantastic tour of the design and production facilities. Victor Lytvinenko and his wife and co-founder Sarah do all the designing and most of the sewing of each pair of jeans, using mostly-forgotten stitching techniques that make each pair they create both personal and interesting. 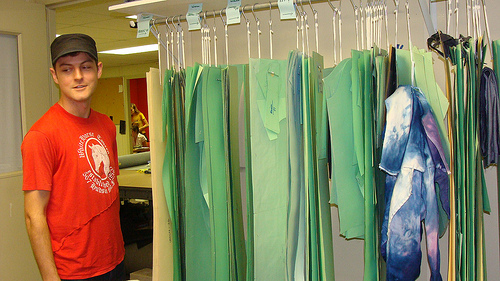 Available at Barney’s, Barney’s Co-ops, and other select retailers, Raleigh Denim is made in small, numbered batches, which are signed by Victor and Sarah in reflection of the fact that they oversee the production of each pair themselves. 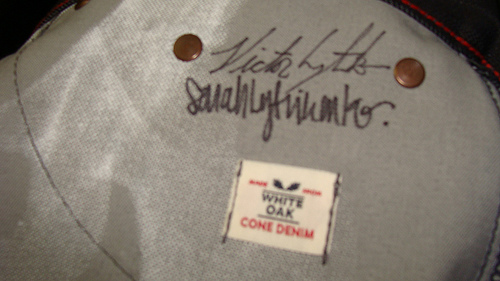 Victor told me that all of the resources that go into making the jeans are sourced from a 200-mile radius of the Raleigh Denim facility. Although they don’t use organic cotton, Victor explained that using local, conventional cotton seemed to make more sense to him than shipping organic cotton from Pakistan or India, where it is available. He said he was working with local cotton farmers, encouraging them to pursue organic farming techniques, and in our conversation it was clear that the environmental and social impact of the company at every level was considered. I told him it seemed more important to encourage and work with local farmers than to use the energy to fly cotton to his factory from half-way around the world, and that long-term working with locals was more likely to create lasting change. 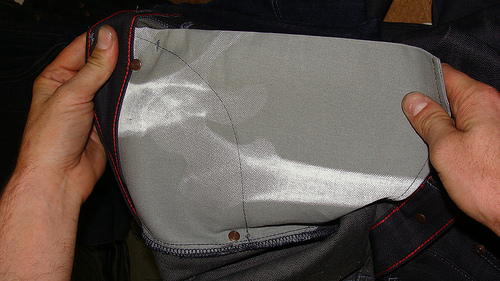 Unique details include a x-ray skeleton imprint on the lining of the pockets; this is of the hip bone, which sits right where your hips would rest against the fabric. Photo: Starre Vartan

Despite their small-batch aesthetic (or maybe because of it) there were plenty of styles of jeans to check out; skinny-legged jeans in colors (and a cool grey that I fell in love with) old-school dark denim, and even a wash that I’d never seen before. Victor told me was collected by a local man with a passion for vintage denim who had passed along his find to Victor; there were only a few rolls of material to work with. They are also experimenting with various dye techniques themselves and are planning on going beyond jeans, expanding into a clothing line. 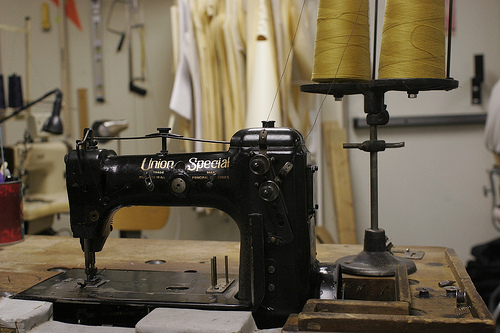 Original denim-sewing machines are in use at Raleigh Denim Photo: Nick Pironio

Victor is truly a denim aficionado, having studied sewing and stitching techniques from original American denim makers and utilizing vintage sewing machines in the creation of the jeans. He rolled up legs and pulled down waists to show me different types of stitches used on different styles of jeans, introduced me to Raleigh Denim’s collection of machines, and described the hand cutting and finishing that went into each pair. 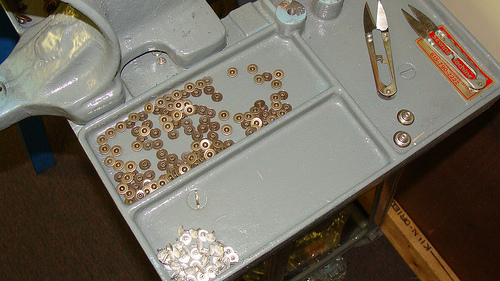 Buttons and rivets are placed by hand Photo: Starre Vartan

But he and Sarah are also businesspeople too, and aren’t so mired in the history of denim and ensuring that their business is low-impact that they aren’t aware of the bottom line. “To be truly sustainable, you have to be sustainable financially too,” says Victor.

You can read more about Victor and Sarah, and Raleigh Denim, in this month’s issue of American Elle in the “Americana” feature. Thanks to Curtiss Martin for the introduction to these denim pioneers!

Get Your Eco Sexy On!

Stink Free For Me