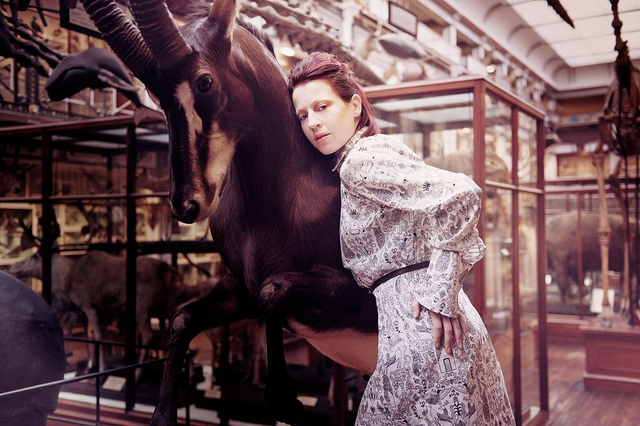 I adore whimsical, almost-fairy-tale-like clothes; a skirt or a blouse that lets you look down during the day and imagine lunch in a wooded glen with a white rabbit rather than the bench on the street outside your office. Salty Philip was created in Berlin in 2009 by Scottish designer Lynn MacPherson, and it has just such a vibe (as you can see from the clothes in the most gorgeous setting of the Natural History Museum in Dublin (doesn’t it look like a movie-land version of a museum?). 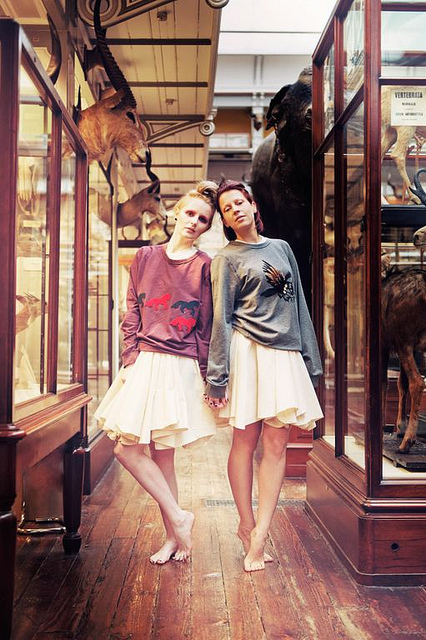 Inspired by the majesty of nature, the most obvious place for Salty Philips Autumn/Winter 2012 collection was the Natural History Museum in Dublin. The idea was simple, create a collection of quality, it was time for Salty Philip to grow up (just a little bit). The soft hues of the season have inspired a wealth of organic printed dresses and shirts, while designer Lynn MacPherson’s love of deconstruction and reassembling has been the main influence behind the collections range of tailored organic denim and cotton mens shirts. And lastly good old fashion frugality has resulted in the creation of bin bag printed t-shirts, not as mad as it sounds! 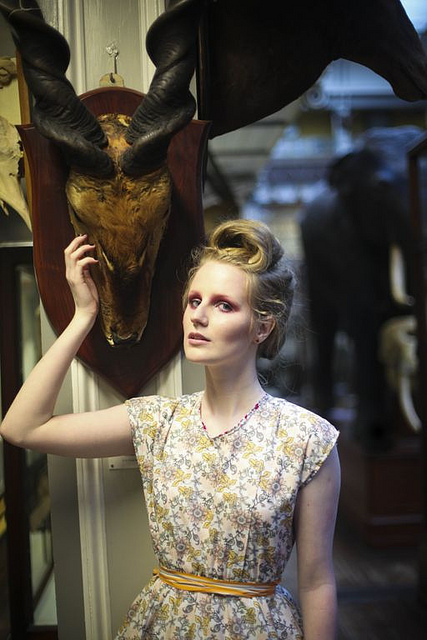 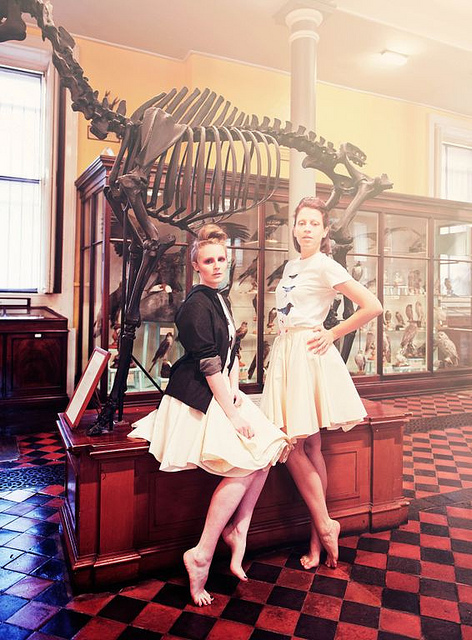 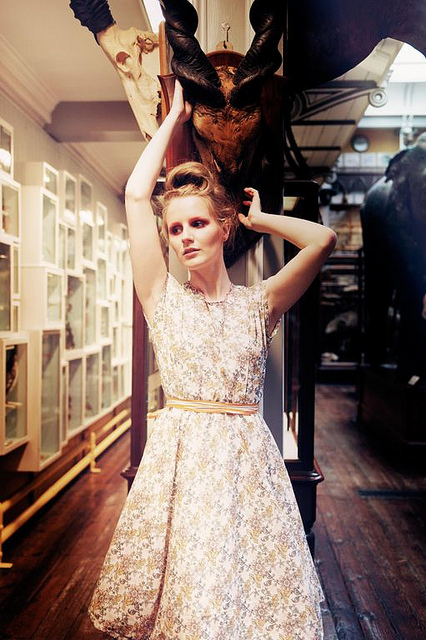 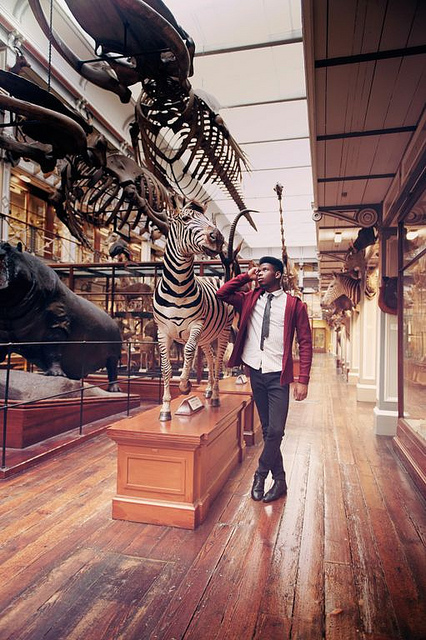