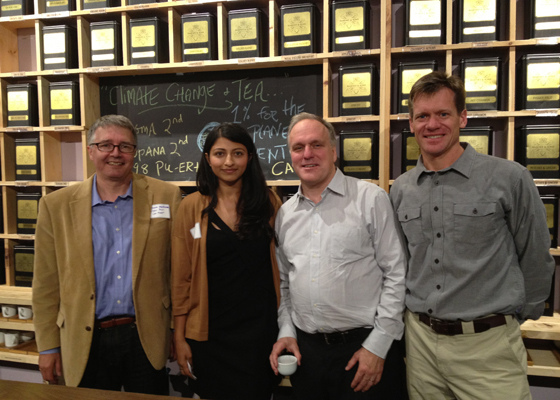 Eco Chick recently attended an event to celebrate the partnership of Harney & Sons, 1% for the Planet and Clean Air-Cool Planet. We were thrilled to attend for many reasons: we’ve featured so many incredible companies and brands who work with 1% for the Planet; we’re huge tea drinkers; and we were interested in learning more about Clean Air-Cool Planet’s initiatives. 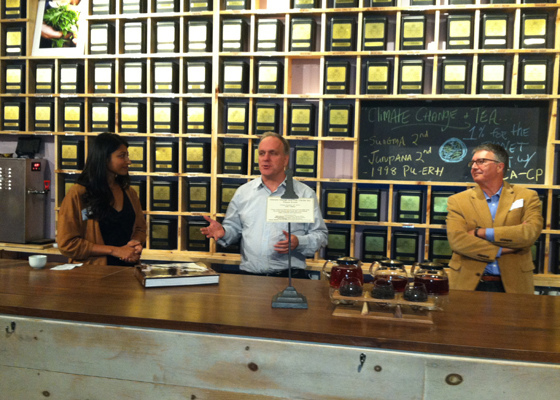 Mike Harney, VP, Harney & Sons talks about the partnership to the crowd.

Clean Air-Cool Planet is a nonprofit that works collaboratively with campuses, communities and corporations to pioneer and scale-up innovative solutions aimed at reducing carbon emissions and preparing for climate change. They also work to build support for environmentally effective and economically efficient national climate policies. 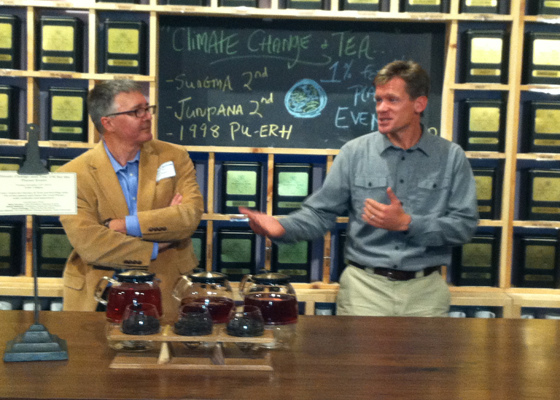 Because of a commitment from gourmet tea company Harney & Sons through 1% for the Planet, Clean Air-Cool Planet  is able to assemble a Summer Climate Fellowship program and continue to move forward with important initiatives.

We also listened to Selena Ahmed speak, a Tea and Climate Change scientist from Tufts University who is monitoring how climatic changes are affecting the antioxidant levels in tea leaves.

(You’ll get to know more about Selena in an upcoming “Heroines for the Planet” interview. 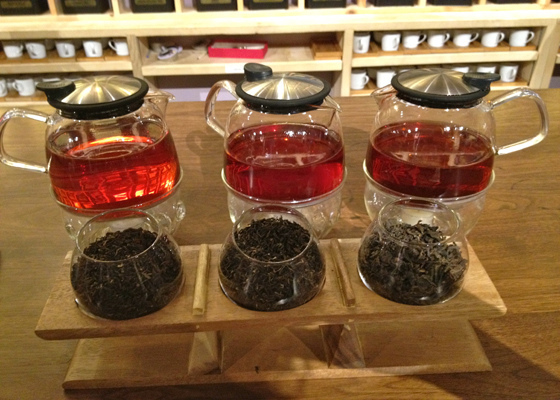