Not surprisingly, now that environmentalism is ‘hot’, the stars are coming out in support of various green causes. Of course some notable celebrities have long shined light on various aspects of the environmental movement (Leo, Darryl, and Woody, I’m talkin’ about you!)

So I was really excited when I found out that two smart folks had joined my US Magazine reading self (only online! I swear!), and green obsessive self on a new site. Ecorazzi gossips about stars do-greening all over the place, and offers plenty of funny and snarky commentary. Those celebs that do the green thing deserve recognition, and Ecorazzi gives it to them. Via: Treehugger 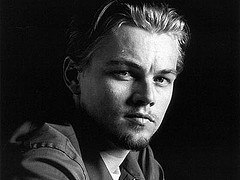 Speaking of going green, America’s Royalty has been busy: 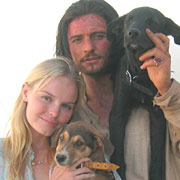 According to Morrell, Fuji Rock’s spotless credentials as a carbon neutral festival singled the three-day event out as the ideal launch pad for Global Cool and it’s ten year plan to cut global CO2 emissions by 10 billion tons. Via: Hugg

Brad Pitt, a lover of architecture with green roots, is helping to judge the Global Green competition Green Building Designs for New Orleans.

All of the submissions feature green building principles for affordable housing complexes that would save residents money by reducing energy costs. The designs improve the health of the community and reduce the impact on the environment. They will also serve as model projects for the healthy green rebuilding of New Orleans.
Via: RemyC 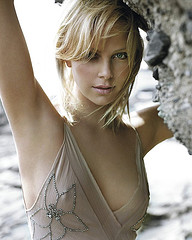 Charlize Theron is into Hip and Zen, which has launched a new South African-based line.

“Online retailer HIP & ZEN specializing in sophisticated, sustainable and organic products, has announced the launch of its new South African Chic Collection. This unique offering of handcrafted fashion accessories and artifacts designed by South African artisans brings awareness to the rich creative culture of the region and benefits women and children with AIDS via the Topsy Foundation .   Via: Ecorazzi

Organics ARE Healthier, But What Will Really Convince People to Change?

TP Does Matter, or: Don't Forget to Think Little While Thinking Big