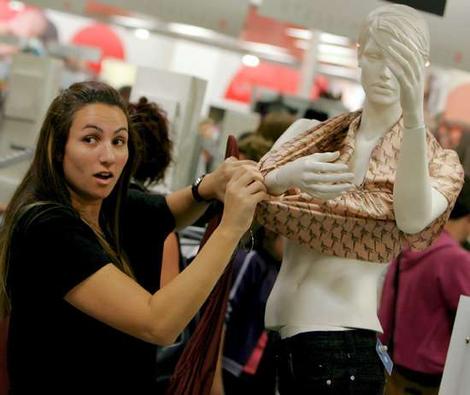 Stella proves that her 42-piece line for Target Australia (which sold out in 10 minutes) is the coolest thing since Tickle Me Elmo. Reports from down under show images of crazy women waiting in a 400 person queue before the store even opened; exposing the breasts of poor, unsuspecting mannequins (above) and of course the occasional hair tug, elbow jab, and spikey heel to the thigh.

To be honest with you, the images of so many people lining up at the shops sickened me. Do so many women really need cheap Stella stuff anyway(?) especially considering it look exactly like her H&M line? Regardless, no reports on whether she is using organics in this line. Considering some of her tops go for $200 though, who knows if she slipped a little eco into the mix. 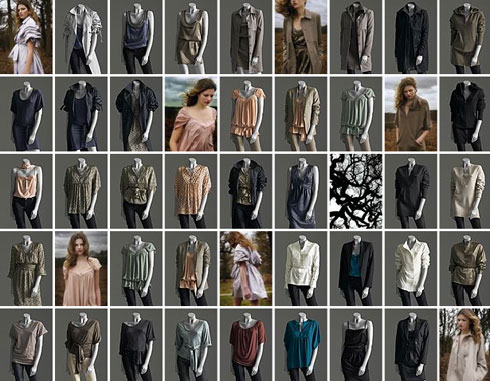 That being said, I totally dig this little silky pink number below: 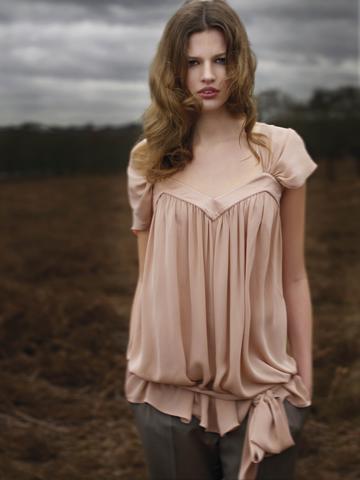 and this chunky collar sweater: 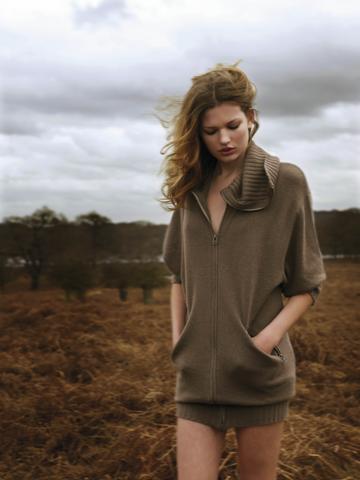 Organic Undies for Everyone!

Retirement No More: The Anchor has been Lifted