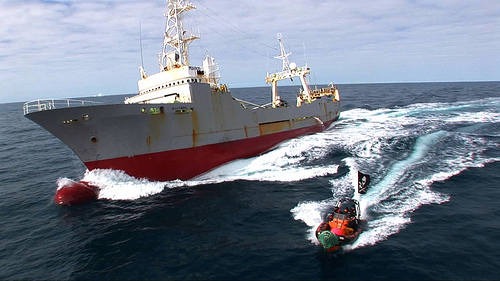 In a statement made yesterday by the Institute of Cetacean Research, Japan announced that it made it back to the mainland with only 679 whales slaughtered, as opposed to their annual minimum of 985 killed. The Japanese fleet pointed to the Sea Shepherd Conservation Society as the primary cause for their failure in the annual hunt.

Criticized for their tactics, mocked for their motley crews, and adored for their perseverance, the Sea Shepherd holds true to the course, regardless of public intrigue. Paul Watson, noted demagogue, eco-anarchist, and purported “eco-terrorist” (a creative use of language in our opinion), leads activists out to sea on anti-whaling campaigns to intervene in the unlawful acts of poaching. Animal Planet has been recording the campaigns for the past two years, producing the popular television show Whale Wars. The show has brought international attention to the Japanese whaling fleet that slaughter the approximate one thousand whales annually in the name of ‘research.’

Regardless of opinion and conjecture, the Sea Shepherd and her crew place themselves in harm’s way to act on behalf of mammals that are unable to avoid the nets and explosive harpoons that determine their existence. According to the Japanese, the direct interventions of the Sea Shepherd are what caused the fleet’s inability to meet their quota this year. The whales are supposedly killed for scientific research but it is well known that the meat is packaged on the ships at sea and sent back to Japan for consumption.

“We continue to speak the one language these whale pirates understand,” said Captain Paul Watson. “Profit and loss: we need to keep their losses up and their profits down. We will eventually beat these killers with aggressively applied economics.” 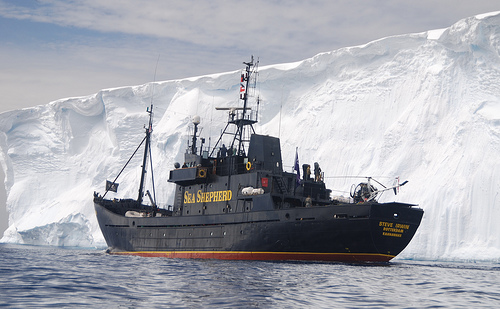 Excuse Me, There’s Blood on Your Diamond

The Afterlife: Call for Entries