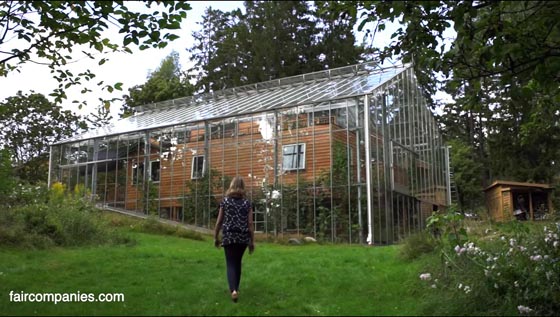 A lot of people dream of green living in a beautiful home, but not a lot of people get the chance to actually do it. Luckily, for Marie Granmar and Charles Sacilotto of Stockholm, Sweden, the dream is a reality—and a very creative one at that.

An engineer by trade, Sacilotto took inspiration from pioneering eco-architect Bengt Warne‘s concept of the Naturhus, or Nature House, by encasing the core living area of his already built home outside of Stockholm in a 4 millimeter shell of glass. This one additionally allows them to use natural elements such as earth, air, and water to maintain their home. 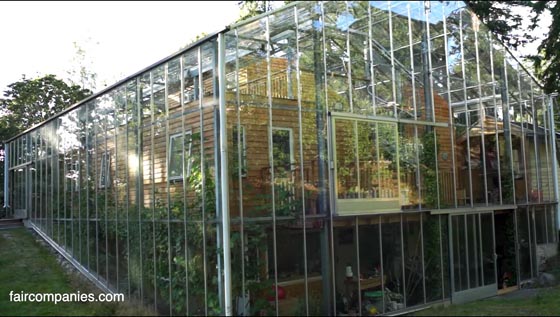 Despite the annual mean temperature of 6.6 degrees Celsius (43.9 degrees Fahrenheit) in Stockholm, by building the home in a bubble it can be much warmer, enabling the family to slash down their heating budget tremendously. “At the end of January it can be -2°C outside and it can be 15 to 20°C upstairs, (60-68°F) ” Sacilotto explained:

In Sweden, we’re so used to adding heating in the wintertime. What’s different here is we can shorten that so we’re using heating only from the middle of October to the end of March instead of from the end of September to May. We’re cutting off several months where we don’t need any heating.”

During warmer months, they open large vents in the top of the house to let heated air out and promote natural circulation. 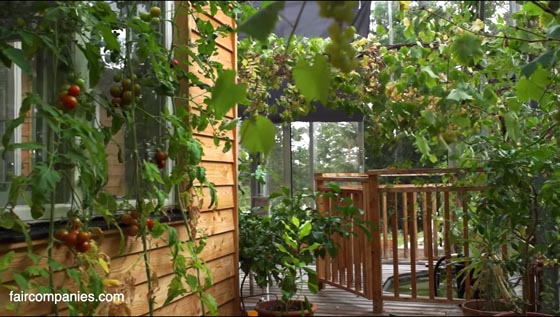 With Sweden’s long winters, “growing things isn’t easy,” but the couple has taken advantage of the Mediterranean climate inside the greenhouse to grow produce atypical to Sweden, such as tomatoes, cucumbers, grapes, and figs. 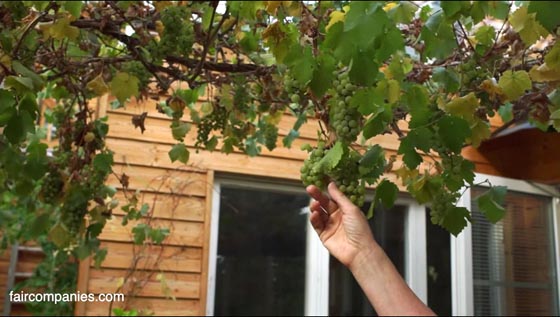 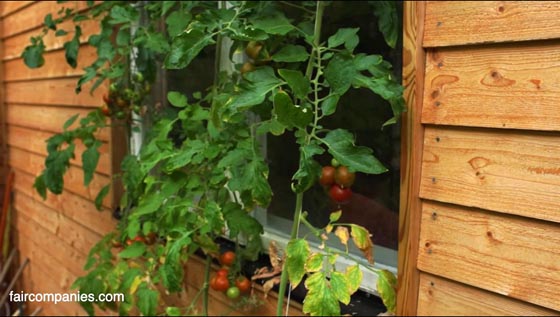 One of the couple’s favorite features of their home is their terrace. Since the house is already situated inside a greenhouse, the couple made the decision to remove the roof, transforming what would have been their attic into an open sun-deck! 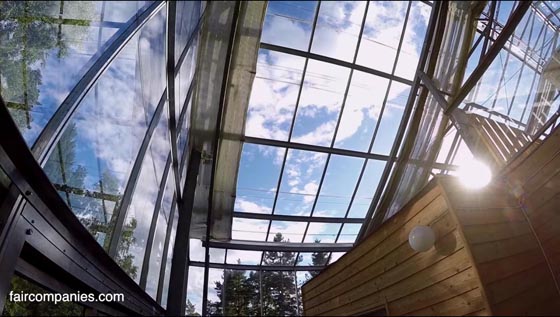 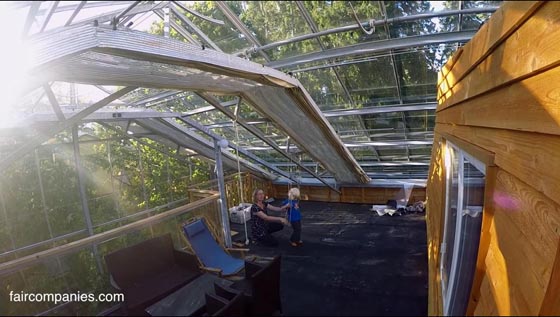 Other amazing features of the home includes an underground tank for collecting rainwater, which they use to water their plants. They also use a city-separate sewage system that utilizes an all-natural 2-step process to neutralize greywater (that’s water from sinks and showers) and blackwater (toilet flushings).

Greywater is funneled into a custom filtration system that allows them to fertilize their plants. The resulting blackwater turns into something “like dust,” which is then used to fertilize decorative plants not meant for human consumption, such as flowers. Careful not to upset the natural balance of their environment, the couple sends yearly soil samples to a lab to ensure they are maintaining acceptable levels. 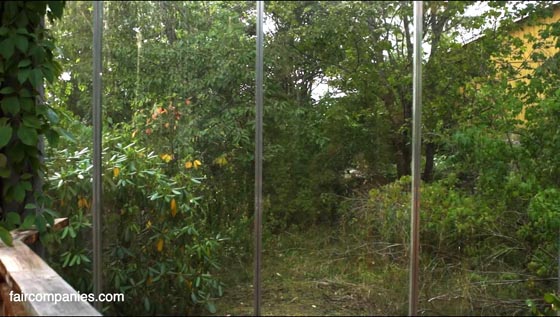 “We put these little seeds in the soil, and now we see the result,” Granmar says regarding their garden, but this can apply to so much more in terms of living green and reducing your footprint.

“If you want to be self-sufficient and not depend on bigger systems, you can do this. You can live any way you like.” Learn more about Marie Granmar and Charles Sacilotto’s amazing nature house and watch the full feature below!

Are Carpets Unhealthy? Many Harm Indoor Air Quality: There Are Nontoxic Options