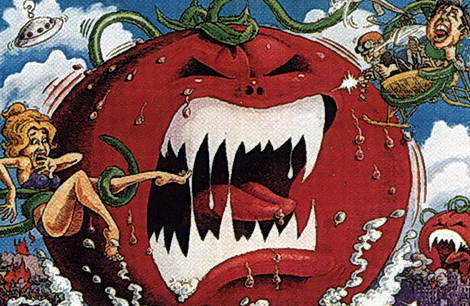 Genetically modified organisms were not sufficiently tested before entering our food chain. Today, more than 60-70% of packaged foods contain ingredients that have been genetically engineered. Loopholes have allowed industry to avoid disclosure regarding genetically altered food products and it is time to demand testing and regulation. Concerned citizens have the chance to voice their concern to the USDA.

The folks at FoodDemocracyNow! have sent out a simple form letter that you can copy and paste. It is time to stop experimenting on our bodies. Do you really want to eat a tomato that contains the genetic information of a grouper?

Here is a copy of the form letter – send yours! You can also contact your local legislators, join grassroots activist groups and work to strike up dialogue with anyone who cares about what they eat!

How to Submit Comments to the USDA:

Include “Docket Number APHIS-2008-0023” at the top of your correspondence or in the subject line of your email.

1. Click here to send your comments to the USDA electronically or go to:

The result with Document ID number “APHIS-2008-0023″ is the Interim Final Rule for comments on Importation, Interstate Movement, and Release into the Environment of Certain Genetically Engineered Organisms

Tell USDA to: 1. Withdraw the proposed rule; 2. Release the EIS for public review and comment and to be used as a basis for further rule-making; and 3. Suspend all new GE crop approvals until the above has been satisfactorily completed and unless and until GE crops are proven safe.

Re: Docket No. APHIS-2008-0023, Importation, Interstate Movement, and Release into the Environment of Certain Genetically Engineered Organisms.

I am very concerned about the risks posed by genetically engineered crops. They threaten human health, family farmers, and the environment. I urge USDA to withdraw the proposed rule, publish the Environmental Impact Statement for public review and comment, and suspend all new GE crop approvals in the interim.

After USDA releases the EIS, a comment period of at least 90 days is needed so the public has the opportunity to fully participate in a transparent process on this important issue. This will not only aid in the development of the final EIS but also in the drafting of a new proposed rule. The current proposed rule does little to close the loopholes in the regulations the rule is designed to replace and it creates more gaps than it fills.