The unisex (ethical) fashion movement is a reflection of what’s happening in society. (Photo: Muttonhead)

Gender roles are being questioned now more than ever in fashion, a sign of the times and society’s increasingly inclusive philosophy toward gender identity. While unisex fashion is very much in vogue, it should be considered less of a trend and more of a movement toward a widening acceptance and appreciation of style without limitations. Such societal shifts have encouraged scores of designers—including several ethical-focused labels we’re loving—to produce gender-neutral clothing that encourages consumers to play with their personal style.

“What we’re seeing now is a seismic shift in fashion, a widening acceptance of a style with no boundaries, one that reflects the way young people dress,” Ken Downing, the fashion director of Neiman Marcus, told the New York Times.

This shift is reflected in a younger generation’s purchasing behavior and a desire to be non-conformist. We feel liberated by the Internet and we’re keen on carefully curating our own style.

Earlier this year, Selfridges, a British department store, responded to such cultural changes by opening Agender, a three-story pop-up shop devoted to gender-neutral garments. Billed as “a fashion exploration of the masculine, the feminine and the interplay – or the blur – found in between” and featuring more than 40 brands, Agender is an unprecedented investment by a major retailer in the concept of gender-free fashion. 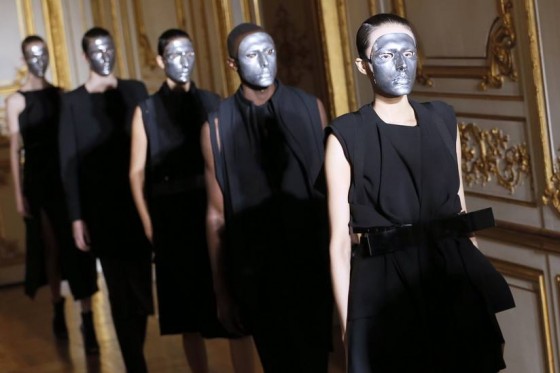 Unisex designer Rad Hourani is among the growing list of unisex designers advancing fashion’s gender blur. The Canadian-born, Paris-based designer spent a full year studying male and female anatomy before launching his unisex ready-to-wear line in 2007. During Hourani’s Spring Summer 2014 collection show in Paris, models wore masks to remove any gender differences in models’ faces. This was the first unisex collection to be shown in couture. 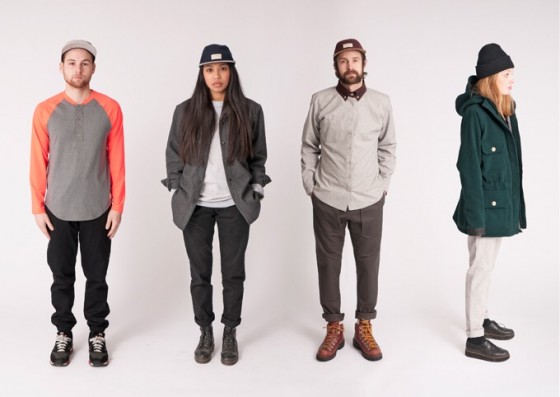 Since 2009, Toronto-based Muttonhead has been creating fair trade unisex clothing for all genders and ages. The company was founded under the belief that a slow fashion approach will always outlast any trends. Muttonhead manufactures locally, pays workers a fair living wage, and use the highest quality and durable materials available. This past spring, it introduced a gender-neutral kids line, Lil’ Mutts for newborns to six-year-olds, that’s free from archaic notions of what “boy” and “girl” apparel is.

I’m not a parent, but I’ve always disagreed with gender segregation based on color. I think it can limit a young mind and have an impact far beyond the outfit itself. 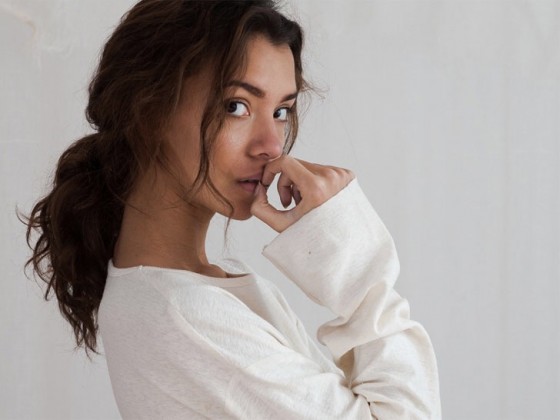 Designer Adam Taubert started The Superfluous Culture in 2010 to offer gender neutral options with the idea of creating durable and functional garments that transcend the need for excess. Materials are sourced ethically and organically, and the manufacturing of all product is nearly entirely local. Approximately 80 percent of all product are manufactured less than 10 kilometers away from the Superfluous Atelier, says the brand. Today The Superfluous Culture uses materials such as cotton, hemp, linen, and bamboo materials. 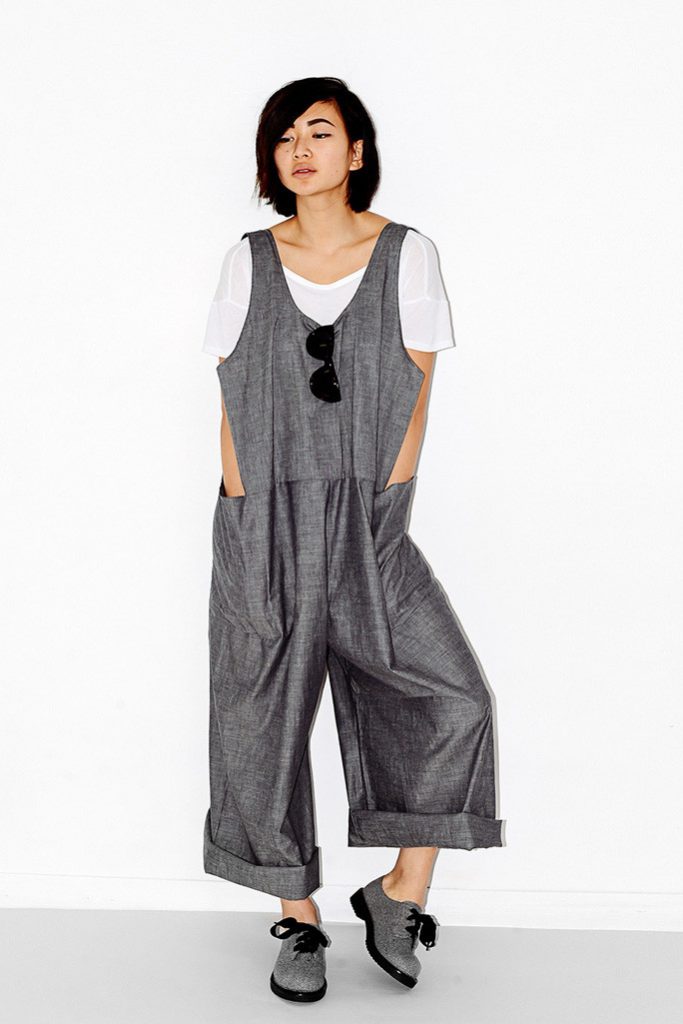 Long-time favorite of this site, Study NY (a woman owned business whose pieces are designed and sewn in NYC), has always included plenty of pieces that could be considered his’n’hers (that hilarious 50s expression)—though in consideration of all our friends along the gender spectrum, perhaps the dichotomy of “his” and “hers” should be thrown out entirely, as of course there are plenty of folks who don’t feel that they fit into either (rigid) category. How about, simply: For Everybody? 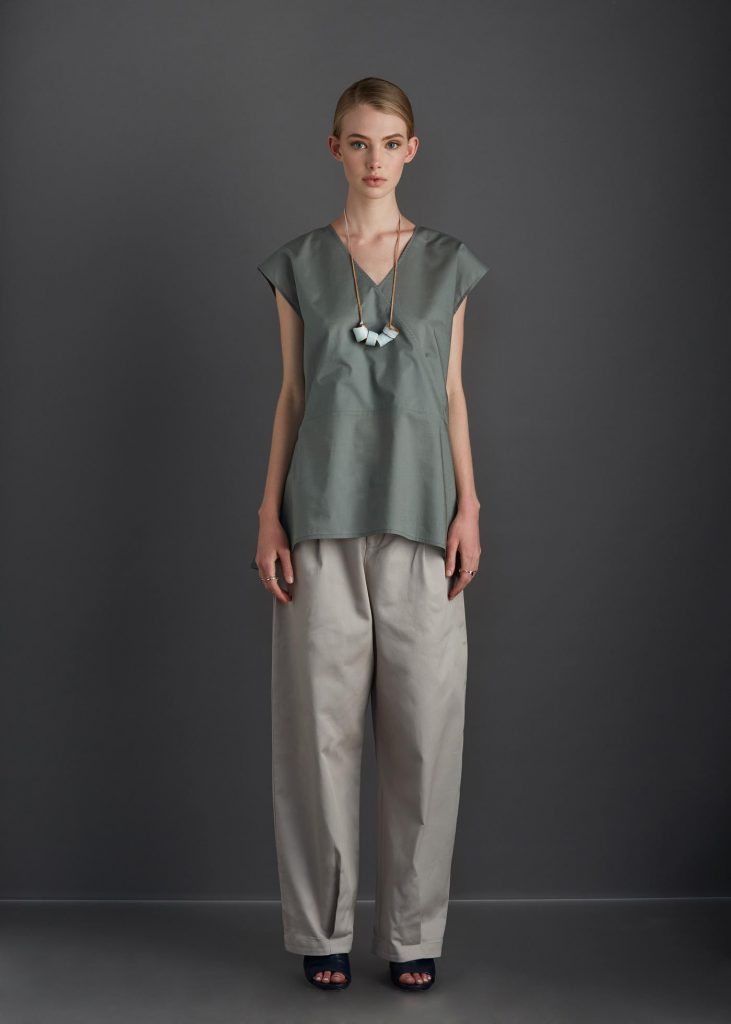 New Zealand-based brand Kowtow offers many gender neutral looks, which includes pieces made out of 100 percent organic fair trade cotton, with lots of humorous design elements, as see above.

And of course we have to shout out to Fair trade retailer American Apparel, which has made unisex sexy, dressing guys and girls in the same plaid shirt for over a decade now. 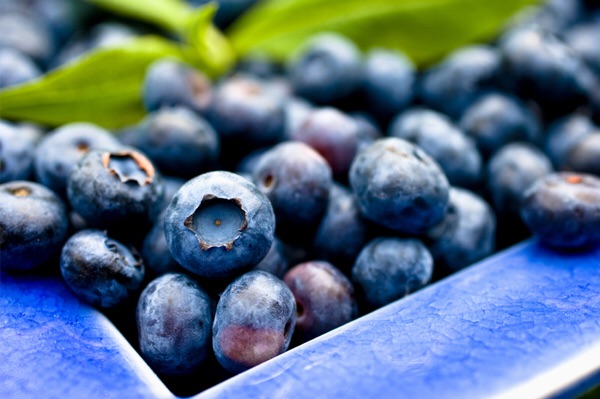 We’ll be on the lookout for more fair fashion designers electing to produce gender-free clothing. We predict an ethical genderless fashion week might be in the not-so-distant future.

If you love Eco-Chick, then you’ll fall for our JUST-LAUNCHED INSTAGRAM. Please follow us at @ecochickie? https://instagram.com/ecochickie/

Sure, we’re a bit late to the Insta game but that’s only because we’re a small, women-owned business that believes in scaling sustainably. We don’t believe in doing anything half a**.  That said, you really will love @ecochickie.

7 Gorgeous Coats That Will Get You Excited for Winter

How Fast Fashion is Being Converted Into Jet Fuel