I decided that there is so much “green” news out there each week that I would update Eco-Chick readers on what I think are the most interesting stories and topics.  Here is “The Week in Green.”

Be Green and Vote: In most states you have until the end of the week to register to vote in the Presidential election.  Some say “why should I vote”?  No matter if you are a Republican or a Democrat, an environmentalist or a creationist (not sure why anyone would be), you MUST exercise your right to vote.  In this week Grist, Umbra Fisk wrote a piece called Citizen Bane: On the importance of voting.  A must read for all and if you have not registered to vote go to Declare Yourself to find out your state’s deadline and all you need to register.

Bush’s Environmental Record: In a week that has once again exposed the incompetence of the Bush administration, the Republicans have boycotted a review of Bush’s environmental record, as reported by the Environmental News Service. All of us know this administration has failed the American people on environmental and health issues while letting big business run rampant without oversight.  “For six years the administration sat by while oil imports increased, gas prices rose and global warming became more and more threatening,” said Sierra Club

Executive Director Carl Pope. “It refused to set higher fuel efficiency standards for vehicles even when the data showed that the current trajectory was actually hurting the U.S. auto industry, desiccating its market share.”

Fast Food is transforming the waistlines of the Greek: Our fast and highly process foods are making the U.S. a nation of the overweight, sick and obese. We have been told that the healthful Mediterranean diet — emphasizing olive oil, fresh produce and fish — is the way to go. But as reported in the New York Times this week, the Greeks have succumbed to our ways and are now seeing increased negative health effects from the change in their nation’s diet.  So much so that the government has began lectures on nutrition in schools.  As stated in the article, “In Greece, three-quarters of the adult population is overweight or obese, the worst rate in Europe “by far,” according to the United Nations. The rates of overweight 12-year-old boys rose more than 200 percent from 1982 to 2002 and have been rising even faster since.” 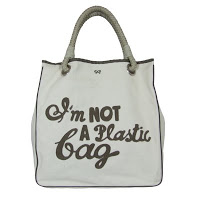 The reusable shopping bag, green or not?: If you’re reading this, and you are, you probably have about a half a dozen or so reusable shopping bags.  Those of us who do, proudly bring them to the supermarket making our statement that we are taking one step in reducing waste and helping the environment. According to a story in the Wall Street Journal this week entitled “An Inconvenient Bag,” reusable shopping bags are the new “it” freebie.  Sales are up 76% from this time last year.  Wow, what a business, but is it a green business? “Many of the cheap, reusable bags that retailers favor are produced in Chinese factories and made from nonwoven polypropylene, a form of plastic that requires about 28 times as much energy to produce as the plastic used in standard disposable bags and eight times as much as a paper sack, according to Mr. Sterling, of Natural Capitalism Solutions.

Reclaiming Cow Shit for Energy: So many people dis on the cow because they feel that bovines are a leading causes of global warming.  They burp and fart methane. Well, a farm in Vermont is now taking the waste from their cattle and converting into clean burning natural gas to create a new and recurring source of green energy. The Green Mountain Dairy in Shelton, Vermont is part of an alternative energy program that converts methane from cow manure in to electricity.  Check out this interesting and progressive program by reading  Electricity From What Cows Leave Behind in the New York Times, The Business of Green section.

Domino and Glamour AND Sports Illustrated (?)

Can You Believe This Necklace is Made From Plastic Bottles? DIY Eco-Dazzlers