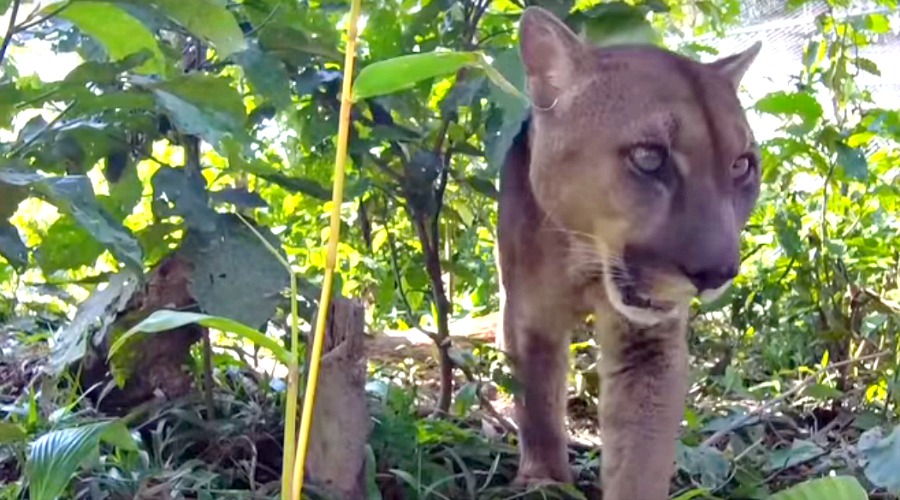 Is there anything as beautiful as watching a captive wild animal get set free? I was shedding some major tear-age watching this video; such a beautiful animal! (And don’t big cats always remind you of the smaller ones in your life?)

Watch as Mufasa, the last wild animal in a Peruvian circus, is cut free from his chains and walks free after 20 years. After Peru banned wild animals in circuses, most circuses defied the law.

One by one Animal Defenders International tracked them down and removed the animals.

Finally in a dramatic stand-off, during which riot police were called, the last circus was cornered and Mufasa was cut from his chains. The aged mountain lion is too old to be released into the forest, but he is now in a reserve in the jungle that’s pretty darn close (and safer for him) to his natural habitat. Happy retirement Mufasa!

FIND OUT MORE AND HOW YOU CAN HELP give Mufasa the life the circus stole from him: http://bit.ly/1lwxLbq

Drought Not Drab: Changing California Gardens (For The Better!)