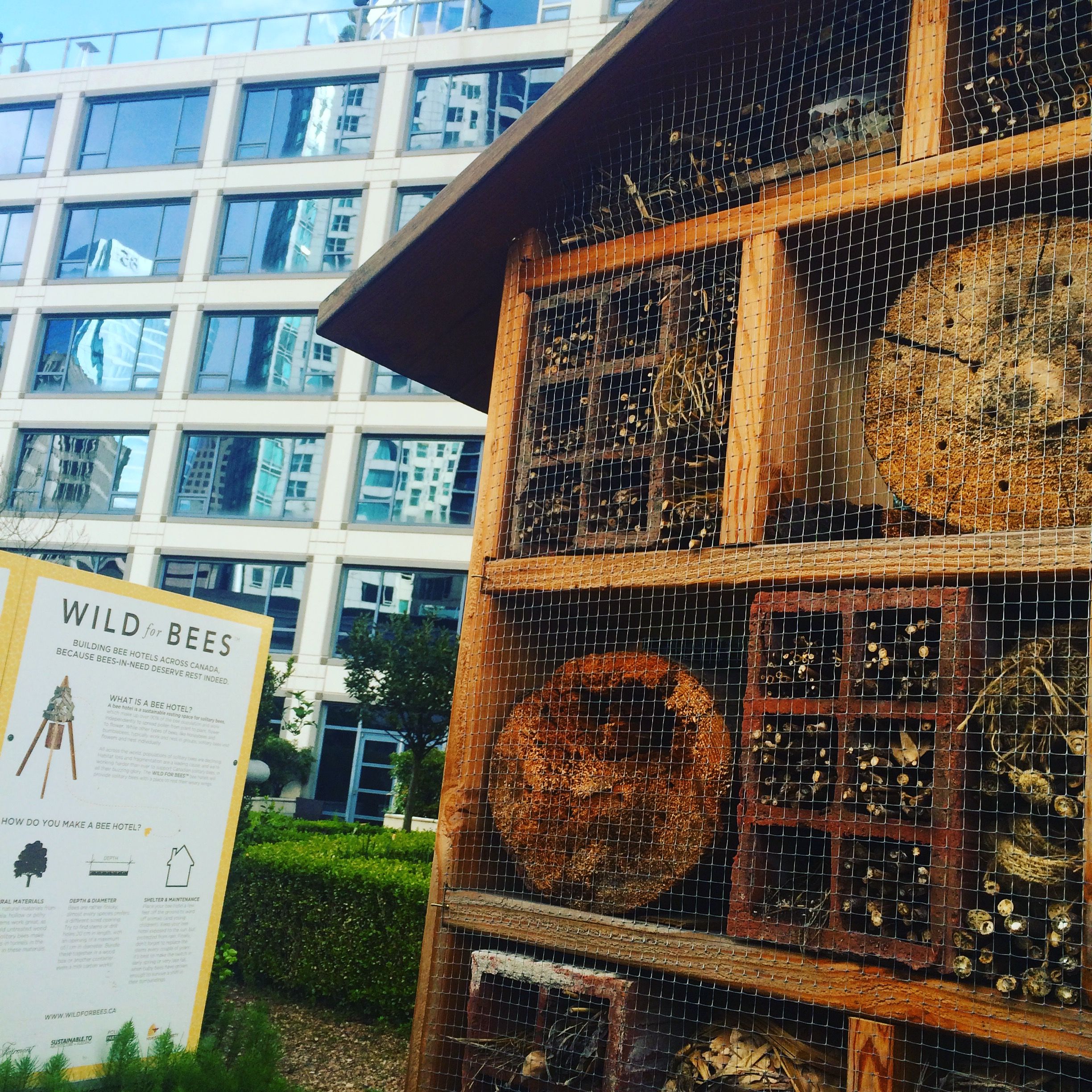 While Ecofashion Week was going on inside in the Fairmont Waterfront in Vancouver, I had a chance to take a break and check out the hotel’s impressive environmental programs during my visit.

In addition to a number of smart eco-initiatives at the hotel, like electric vehicle charging, and working towards a zero waste goal (SO impressive for a hotel of this size to go after that!), they also host bee houses (above; each material is home for a different species of bee) and an apiary. These are all part of a pollinator corridor, which runs through downtown Vancouver, so the hotel is part of a literal lifeline for urban bees.

You know how much we love bees at Eco-Chick, so I was really excited about the breadth of the program at this hotel; this isn’t just a little beehive on the roof—it houses over 250,000 resident bees (who brought in over 600 pounds of honey in 2015!):

The bees forage over 12 square miles and bring back honey from over 60 different species of plants, collecting the Fairmont Waterfront’s largest volumes of honey from blackberry, dandelion, fire weed, clover, cherry and a variety of other indigenous plants.

These bees will visit over 1 million flowers to produce one pound of honey. So what do they do with all that honey? The hotel uses it in cocktails, chocolate, desserts, salad dressing, hand-churned ice creams and even their signature Fairmont ‘Stinger’ Lager—all of which you can sample at ARC, the hotel’s restaurant that has some seriously modern, fresh, local-as-can-be cuisine going on, all headed by Chef Karan Suri.

The bee program isn’t brand-new; the hotel has been working on it for 8 years now; having welcomed their first colony in 2008. And yes, guests can go check the bees out—every day of the week there are guided tours and there’s an observation hive so you can see what the bees are up to! Just ask the hotel’s concierge.

And the hotel even has a BEE BUTLER!!!! Yes, that’s right.

Michael King is the ‘Bee Butler’ at Fairmont Waterfront in Vancouver who coordinates the well-being of a quarter of a million bees that call the roof of the hotel home. In addition to overseeing the bee program, Michael conducts tours of the 2,100 square foot rooftop garden and honeybee apiary each day at 3pm from May through September.

Michael is passionate about bees and committed to the rebuilding of their dwindling populations. ‘With the global issue of colony collapse disorder threatening the existence of bees, we offer educational programs to promote the environmental benefits of bees and their importance to our sustainability. Seven days a week we conduct interactive honeybee tours for hotel and media guests. We are eager to share our knowledge and passion for the symbiotic relationship between chef and bee, the environmental benefits they provide, and how we minimize ecosystem disturbance by supporting the local Honeybee Center.’

The roof garden is impressive in its own right:

Located on the 3rd floor of the hotel on the south-facing terrace and basking in full sun, rests a 2,100 square foot irrigated garden introduced in 1995, which became one of Vancouver’s first green roofs. The original garden was designed by Merle Michale and planted by NorVan Landscape Design, Ltd. with a total of 11 beds that hosted over 60 variety of herbs.

Fifty yards of top-quality soil mix were used to fill the beds and another 15 yards was added the following year. Reflecting Fairmont Waterfront’s sustainable hotel philosophy, the garden now plays home to several varieties of herbs, vegetables, fruits and edible blossoms, as well as a pollinator hotel for solitary bees and over 10 different species of local birds. No herbicides or pesticides are used.

The Chef uses the bounty from the garden daily in ARC menus, and to create culinary masterpieces in the kitchen. 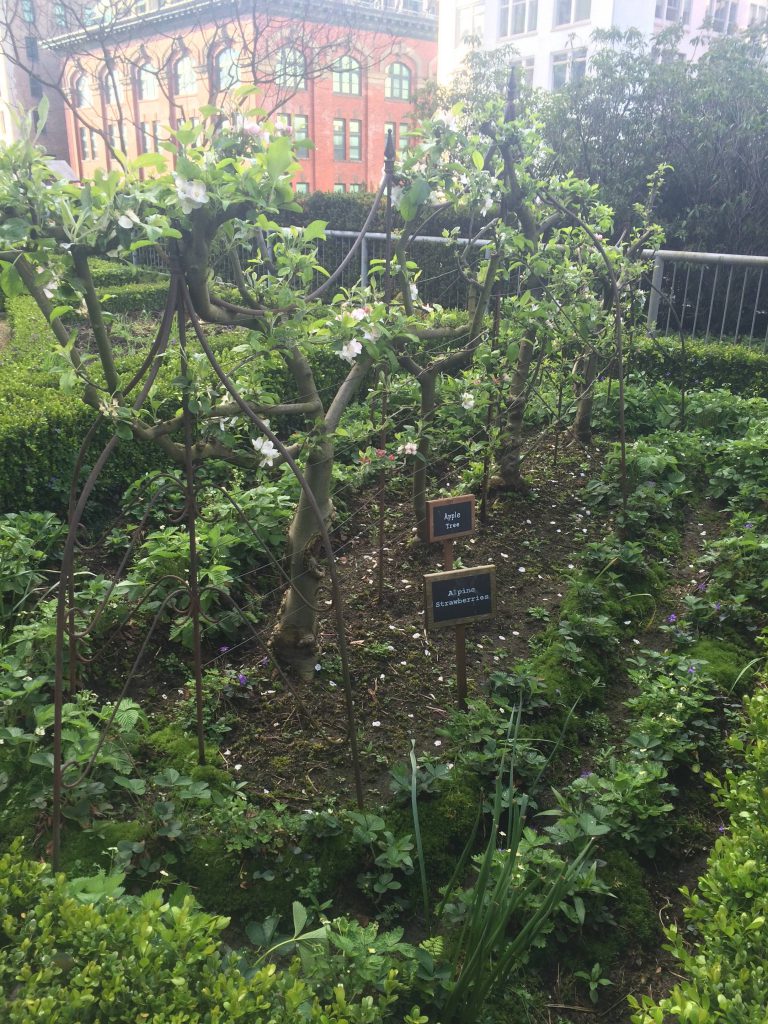