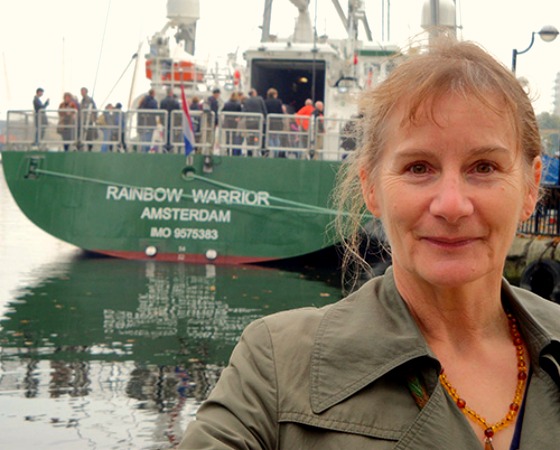 After twenty-five years as the founder and CEO of Natracare, Susie Hewson has no regrets. She has fought her way to the top as a professional woman, creating a global company that sells in over 60 countries—all while refusing to sacrifice her ethics and integrity. Hewson is a winner of the Women in Ethical Business Award and is an elected Fellow of the Royal Society of Arts (FRSA).

Natracare products began as a quest for a healthier, more environmentally-friendly way to deal with your monthly period. The brand has now expanded to include tampons, pads, liners, wipes, and maternity and incontinence products. (They are the best of the best, made to rival any of the conventional brands, and yes, they work great—Eco-Chick’s editor has been using the products for almost a decade and swears by them!)

Rather than just a place to buy their products, the Natracare website is a treasure trove of information about environmental issues and women’s health. So it should come as no surprise that with all she’s accomplished, Hewson still has “no plans to hang up the protest banners or take down the bunting.”

When I was given the opportunity to interview Hewson on the cusp of her company’s 25th anniversary, I knew that I had to jump at the chance—how often do you get to get the inside scoop on a successful woman doing things her way? Hewson shared her insight about being a woman in business (in a pre dot-com era), having to justify herself, and learning persistence by standing up to bullies.

Hewson refers to her work as an obligation and responsibility, not a decision.

As a female CEO, what are some of the greatest challenges that you have faced?

There have been a few over the past 25 years and I think some of the biggest challenges are probably common to most working women even now – there were times when within the greater business community I faced pockets of discrimination, antiquated preconceptions about my role as a woman in business and the legal harassment of the big corporates not happy with my campaigning outlook on the issues of health and feminine hygiene – but the thing is you have to face up to bullies and show them you are not beaten but made more persistent instead.

We women are ideas and skills rich but time and resources poor, so my greatest challenge was overcoming the resource deficiencies in the most creative ways I could, especially in the first 7 years that were pre-internet and dependent on the goodwill of my bank manager.  It is still a bit of an issue that we women are often expected to justify what we do rather than be acknowledged that 50% of the human order is female, hugely resourceful, creative and empathetic. 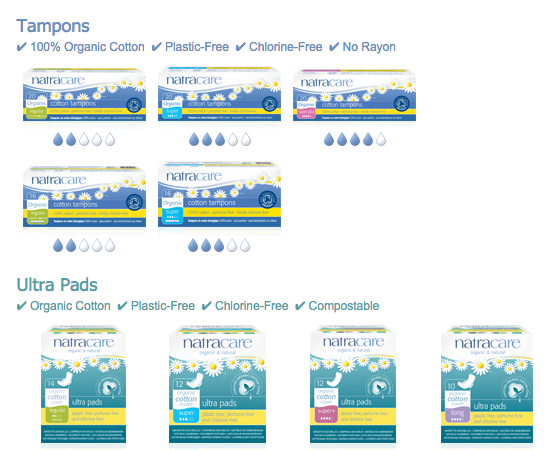 How did you decide that feminine hygiene products would be the area where you made your mark on the world? Was there a crucial moment which brought you to that decision?

It wasn’t a decision it was an obligation. I had decided that if big brands were not going to respond to our serious health and environmental concerns, then it was going to be my personal responsibility to make things different for us women. That green light moment came about in early 1989 as a result of seeing a documentary about the impact on our water, soil and air of the dioxins released during the production of pulp products used to make sanitary pads, tampons, baby diapers and coffee filters.

Then there was the outrage regarding the attitudes of manufacturers towards Toxic Shock Syndrome and the implication of the role played by rayon used to make conventional tampons. I have never regretted taking on that responsibility.

Natracare recently celebrated its 25th anniversary. CONGRATS! What are your plans for the next 25?

One of the biggest strengths of Natracare is that it is a brand that has integrity as well as quality. The products are distributed in around 62 countries around the globe by companies who, just like me, have a passion for the Natracare story and a dedication to getting the products out there so women have the choice of healthier and more sustainable hygiene products such that there are millions of women using my products who would feel very personally that Natracare is their brand. So starting this year, we have extended the feminine hygiene range and diversified into certified organic make up wipes, so organic and sustainable brand development is clearly inked in on our plans.

There are still more countries to consolidate our markets in and in which to engage with. Responsibility goes hand in hand with philanthropy so we expect to continue to reach out to the many groups and organisations we feel proud to support. As for me, I have no plans to hang up my protest banners or take down the bunting because after 25 years there are new generations of women to engage with. 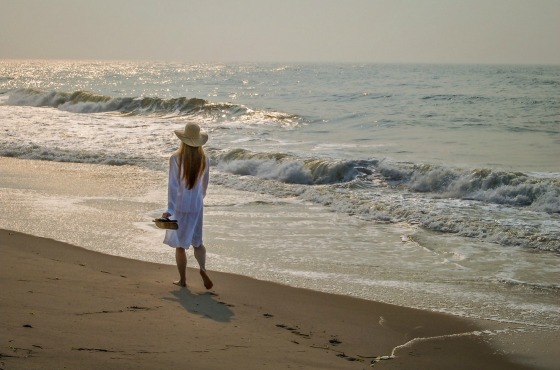 Whom do you consider a heroine?

First it has to be my Aunt Jess who inspired me to become the person I am today by being the perfect role model and mentor, and secondly and collectively is the millions of women around the world working hard in difficult situations to achieve something better for themselves and their families.

What advice (personal or professional) would you give to Eco-Chick readers?

Change happens the moment you take responsibility for the task and success is achieved when you keep running with the challenge. Review any self-doubts and negative issues and change course if common sense tells you to do so.

Women generally have a great intuitive sense and we should utilize that but be sure to arm yourself with anti-greenwash devices because you will need to deploy these in order to get to the independent truth about green issues and products – but engage in them with a passion.