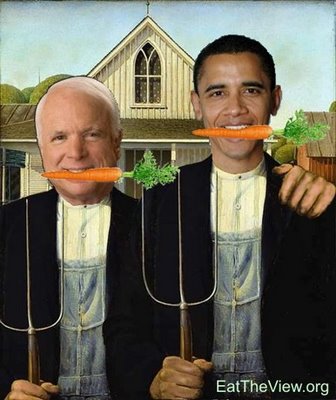 The next U.S. president is going to have the daunting task of fixing all that has gone wrong in this country. However, I believe that both candidates are overlooking an extremely important issue — our food system. As Michael Pollan said on WNYC’s Leonard Lopate Show, “It’s true that neither candidate has talked about food policy very much. Some of the issues they have talked about — energy independence, climate change and the health care crisis — I think they will find, as soon as they get into office, that you can’t deal with any of those three problems without dealing with the food system.”

Last month Pollan wrote an article in the New York Times Magazine which was an open letter to the next president called “The Farmer In Chief” where he laid out what is wrong with our food system and what needs to changed. The article has too many important points to lay out here so please read it.  However, I will highlight one. Pollan concludes his piece with saying that the White House needs to set an example for the rest of the world. I am a firm believer in setting an example for others whether they be our children, our friends or for the next president — the country. 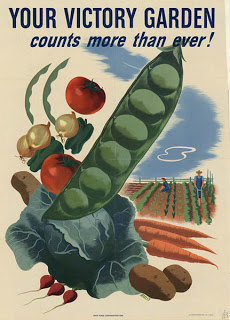 Pollan recommends that the next President needs to create a new post — White House farmer — who would be in charge of five acres of the White House lawn that would be turned into an organic fruit and vegetable garden. This may sound silly but as Pollen points out back in 1943 Eleanor Roosevelt started the Victory Garden movement; vegetable and fruit gardens planted to ease the burden on the food system during World War II. According to Pollan, by the end of the war more than 20 million home gardens were supplying 40 percent of the produce American’s consumed. Victory Gardens today can help reduce our dependence on fossil-fuels and help address the problems of climate change.

“Eat the View” is a campaign to plant healthy, edible landscapes in high-impact, high visibility places; whether it’s the “First Lawn” or the lawn in front of your child’s school. “Eat the View” is coordinated by Kitchen Gardeners International, a Maine-based 501c3 nonprofit network of 10,000 gardeners from 100 countries who are inspiring and teaching more people to grow some of their own food. Roger Doiron the founder of Kitchen Gardeners International just wrote his own letter to the next president entitled “Message to the candidates: Listen to Roger the Gardner” stating the importance of this issue.

TheWhoFarm (aka The White House Organic Farm Project) is a non-partisan, petition-based initiative who is requesting that our next president oversee the planting of an organic farm on the grounds of the White House. The farm will be a model for healthy, economical and sustainable living everywhere and serve as an educational tool and economic aid, and as a means to provide food security in the Nation’s Capitol while reconnecting the Office of the Presidency to the self-sufficient agricultural roots of America’s Founding Fathers. TheWhoFarm have been traveling around the country educating Americans on the importance their mission in TheWhoFarmMobile, two school buses fused together with an organic edible garden on the roof.

And don’t forget to vote on Tuesday!! Be part of this historic election.

2011 Health and Happiness Resolutions from the Eco Chick Team!