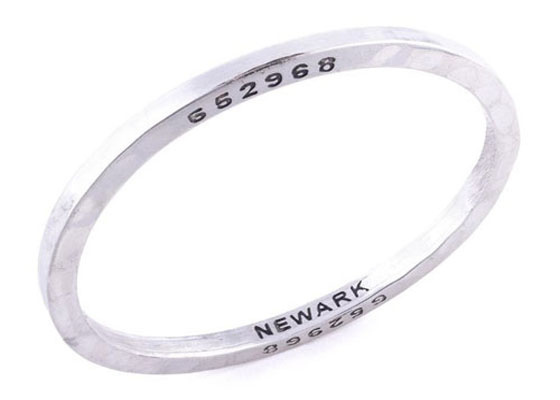 Since 1979, 116, 385 children and teens have been killed by guns. The number of U.S. teens and young adults killed by guns is 43 times higher than the 23 industrialized nations combined. Now, the massacre of children in Newtown appears to be galvanizing the broadest support for stricter gun laws in about a decade, according to a recent New York Times/CBS New Poll.

No matter where you stand on the heated issue, you can’t argue this statement: the caliber of a city is raised when illegal guns are taken off its streets. 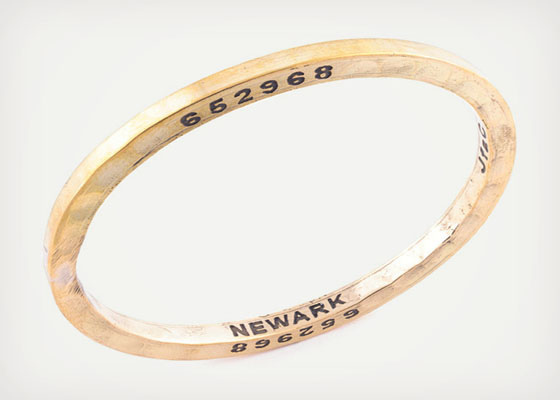 A piece from the Brass 250 Collection made from shell casings swept from crime scenes by the Newark Police Department.

With that in mind, the Caliber Collection was created. Jewelry for a Cause, a philanthropic Greenwich-based company teamed up with officials in Newark, N.J. to take their recently seized firearms and bullet casings and repurpose them into high-end bracelets. The collection features steel bangles and cuffs, each engraved with the serial number of the illegal gun it was fashioned from. 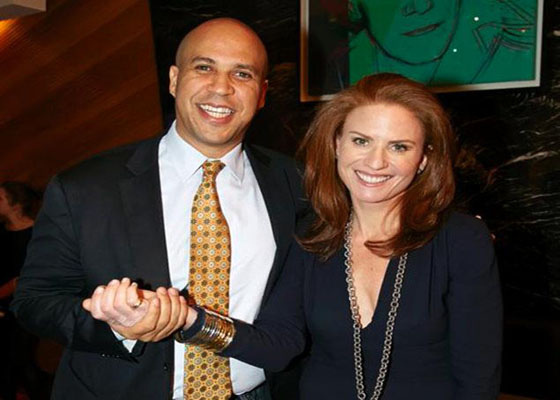 Newark mayor Cory Booker and Jewelry for a Cause founder Jessica Mindich.

A portion of the proceeds from the Caliber Collection go back to the Newark Police Department to benefit their gun buyback amnesty program.

Find out how the project works: