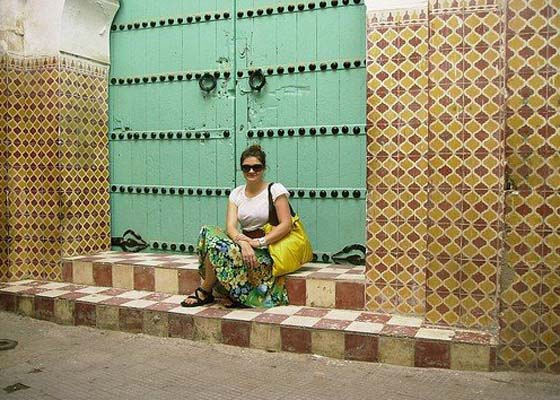 The most fun I’ve ever had shopping is in the souks in the old city of Marrakech. The souks have been a bargainers mecca for hundreds of years, and I imagine a Victorian version of myself being just as enchanted with the wares as I was as an iPhone-toting modern woman. There’s something about the souks that just doesn’t lose its charm over the years; I remember stories that my grandma told of haggling at such marketplaces when she was travelling via Pan Am’s ‘around the world’ ticket. Now it was my turn, and I hope that my friend’s kids will one day tell me of their own trips to the souks of Marrakesh. I have more hope for the future of the world if magical places like these continue to exist. 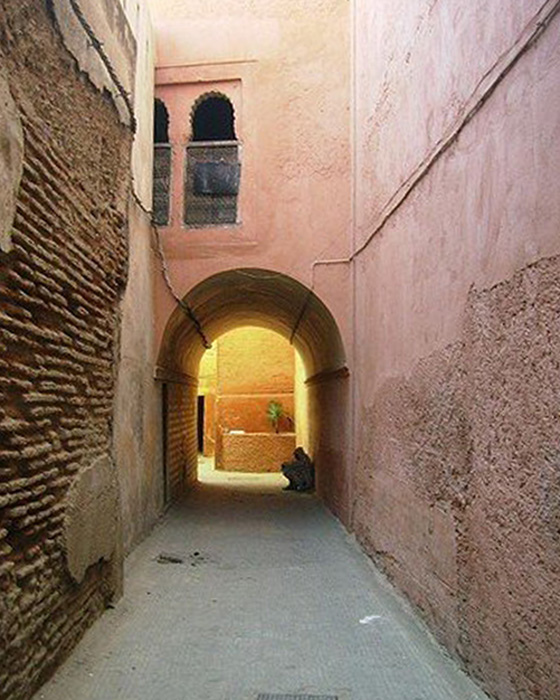 A typical street; loved the light here, and the crouching man on the right.

I entered the souks through the wide open-plan Djemaa el Fna square, a giant open trapezoidal space edged with terraced cafes (and even a KFC/Pizza Hut), carts laden with dates, figs and nuts galore, huddles of smoking, tea-drinking men in long white and beige-colored djebellahs, and plenty of Aussie, British, French and Kiwi tourists; Americans were not well-represented (as they tend not to be, well, anywhere except at cheesy Caribbean resorts).

The drama of the souks is immediate and overwhelming in the best possible way. I left the big sky of the open square behind me, and entered the mostly covered, narrow streets of the souks, where donkey-led carts, Japanese scooters and people carrying gigantic loads on their shoulders mixed with men and women shopping from the narrow storefronts on either side. Not that there was room for this kind of traffic, but we all made concessions, including pedestrians who would hop out of the way of a zooming, noisy scooter or ornery donkey. Some shopkeepers advertised their wares, while some sat quietly, waiting in their tiny, ancient booths for passersby to take in interest.

To read the rest of the story (and to see the rug!), click over to our sister site, Eco Chick Escapes.

Why We Love NYC's Think Coffee