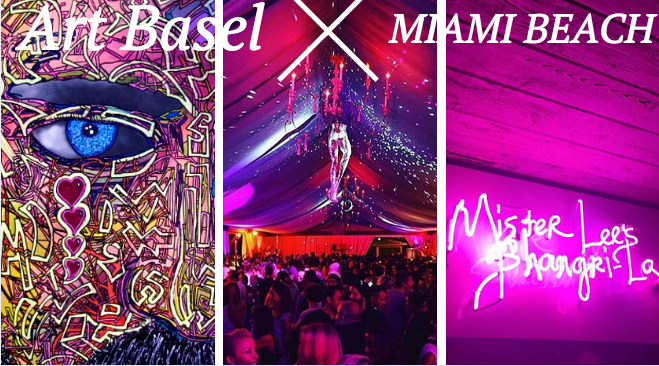 Art Basel descends on the city of Miami annually in December and all hell breaks loose. Or so I was told. Having just moved to Miami in August, I was curious about the hype. People told me not to bother driving anywhere near downtown and that getting in to see any art wasn’t worth the price and the crowds. But I decided to give it a shot, and I’m glad I did. 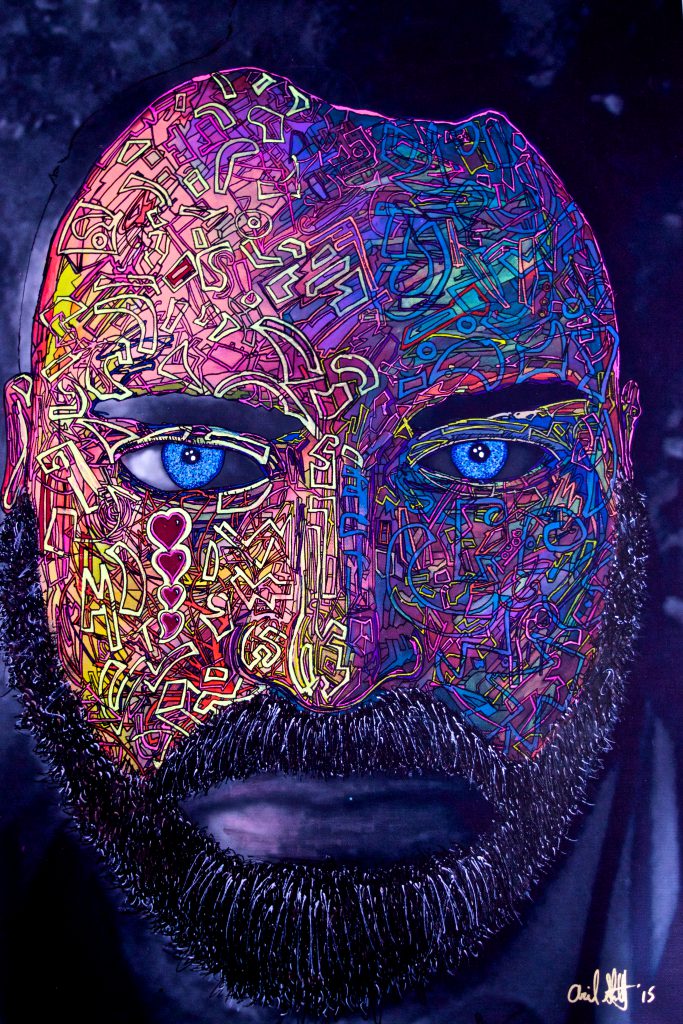 The woman-owned and produced Conception Art Fair, (which debuted this year), featured art that has political and social impact and highlights minority and female artists. Pioneering neo-pop artist Ariel Shallit (a longtime friend of Eco-Chick) was among the featured artists with his new collection of reimagined portraits. Shallit uses over painting to bring new perspectives on pop stars, luminaries, heroes and curious modern people.

“The art of over painting has a long tradition in the history of humanity and begins with body painting in the early history of mankind. While these embellishments once came as a stigmatizing message for marginal groups in the port environment to Europe, the tattoo has become socially acceptable,” German cultural historian Dr. Matthias Henkel, Former Director of the Museums of the City of Nuremberg wrote of Shallit’s work.

This was Shallit’s first time showing at Art Basel Miami Beach, and he told Eco-Chick: “I was privileged to show my work…at the first art fair run solely by women in Art Basel history. Rachel and her team made a determined effort to provide a diverse group of artists the opportunity to exhibit at a once in a lifetime event and I will be proud to tell my daughter that I was there.”

Conception allowed one to digest one body of work at a time and meet the artists to talk about their work, rather than an agent, gallery rep, or art manager of dozens of works on display – this becomes overwhelming at the other fairs, such as Spectrum or Red Dot.

For the tens of thousands who travel to Miami for the art event, many come for the nightlife. I jumped out of an Uber at the Soho Beach House around 11pm into an impatient pulsing crowd. Saturday night, the last night for Art Basel, is the busiest night on Miami Beach and Soho Beach House was hosting a tent closing party on the beach. I was there to check out LA-based artis Lisa Solberg‘s newest installation: Mister Lee’s Shangri-La. 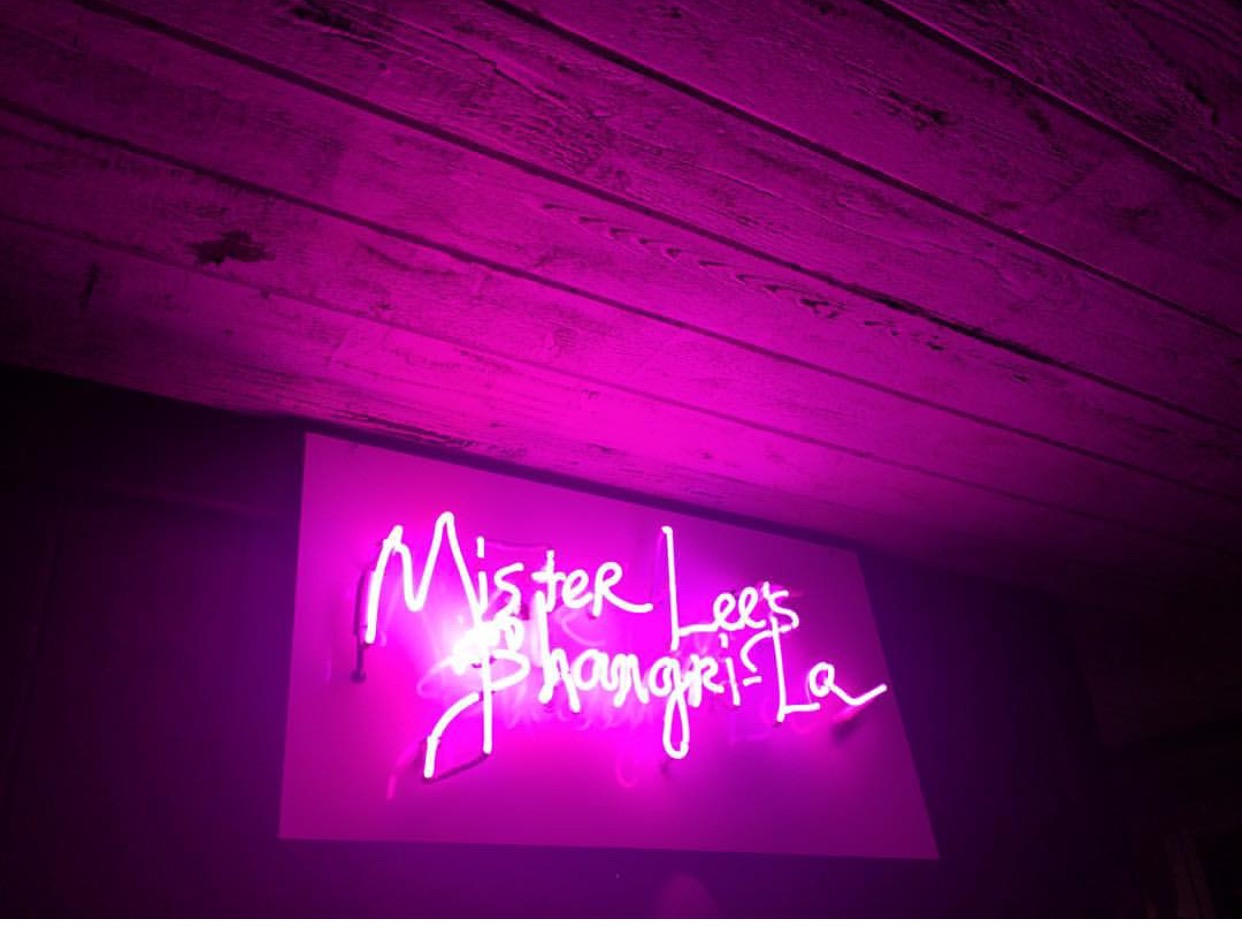 After waiting in a crowd of Miami’s finest, arguing: “Hey, that guy ripped my dress! This is my favorite dress!” pushing: “I’m going to have a panic attack,” and inching my way forward: “Ah! Darling so glad you could make it!” toward a guy with a laptop holding the velvet rope, I spelled out my name and muscled through the remaining human wall of turned down faces. I finally got inside, but where to go? Soho Beach House is a member’s only Hotel tucked away in lush greenery in Miami Beach. The management maintains an atmosphere for their sometimes well known clientele to relax and tuck away, without being seen or hassled by the outside world.

A hostess grabbed my hand and led me through an animated dining area, along a hallway of kitchen activity, down a long wooden walkway, past yet another line of jostling people, to the beach and an illuminated tent bursting with music and….more people.

Here she told me I could find who I was looking for. I found another hostess who hugged me enthusiastically, smiled, and texted the artist for me. Moments later she had my hand and was leading me through the party of neon lights, DJ music, and drinks overtopping the glasses. We ducked behind the bar, to the anguish of the barmen, and then I was in front of Lisa—and her girls.

Solberg’s known as a painter, and her work invokes feathered textures, light, and sometimes images of people or animals using sometimes poppy colors, abstract expression, refined and broad brushstrokes on large canvases, sometimes coming right off of the canvas or painting on the reverse.

In Mister Lee’s Shangri-La, she takes her concepts further in part live performance, part static painting infused with tropical plants, neon light, and her own developed scent. She paints on various mediums, including the dancers themselves. “It took more than a year to put this show together. I selected each woman myself from strip clubs. I paint on them. I designed the costumes, hair, and choreography, but ultimately, I have no control over them. Everything here is beyond control,” she said.

We stood outside the tent where we could hear one another, next to pounding surf under the moon.

“Nature inspires my work, but it is more than that. This is tending into the metaphysical. I challenge people out of their comfort zone by assaulting their senses. This show stimulates your eyes, ears, nose. The girls embody human empowerment of the spirit and physical expression of power, of self, of no control over other entities,” Solberg said.

The show simulates a fantastic paradise where money has no power and the ideas of dominance are reversed. Solberg was in charge here. 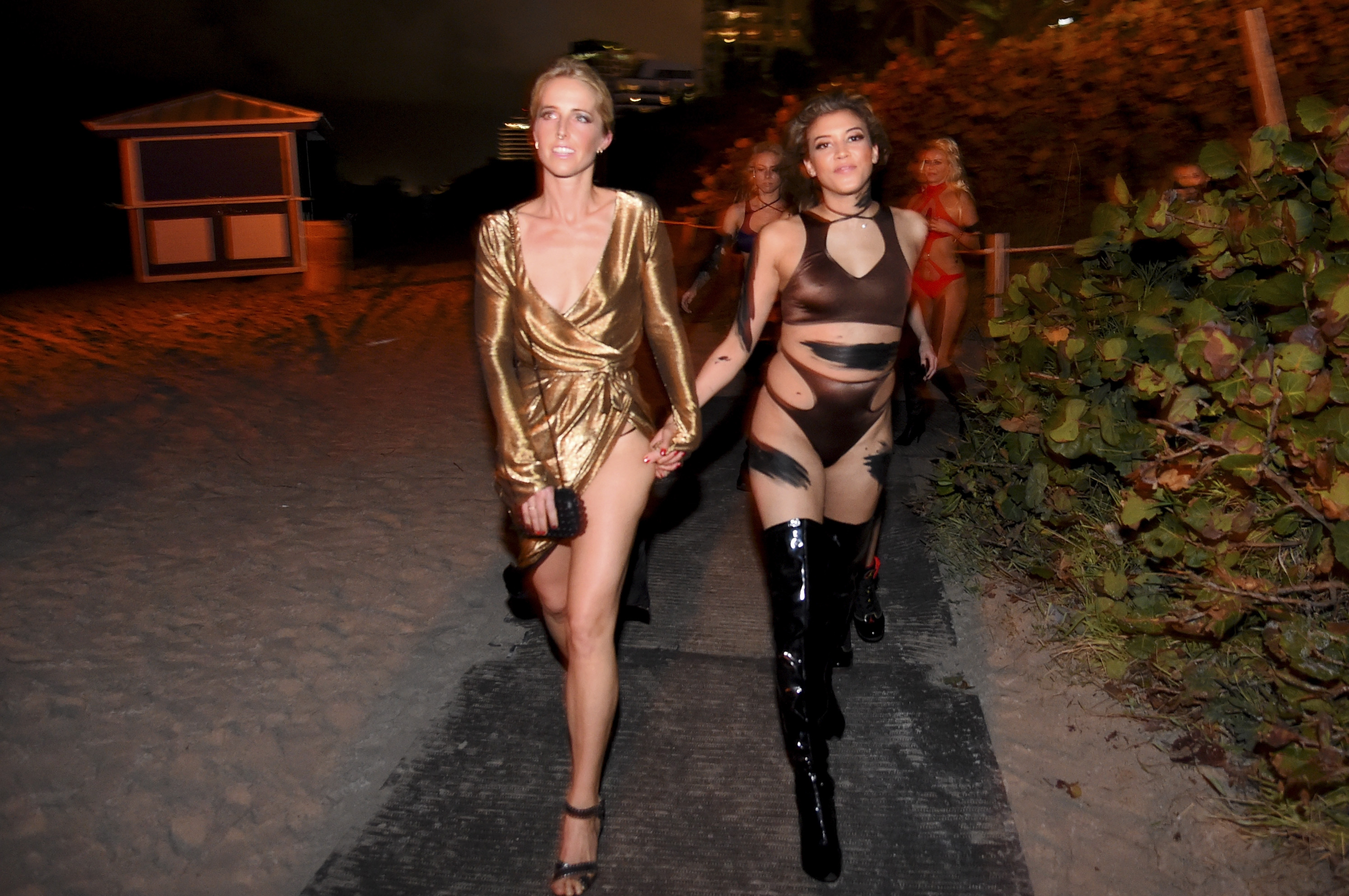 We ended the interview because nature called (pun intended!) and as we squatted next to each other away from the tent in the sand to pee, Solberg asked: “Is this how you will end the interview? Us peeing in the sand?”

I had to laugh at that.

“I teach that ultimately nature, the universe, controls us,” Solberg had said earlier. Under the moon in that moment, she was proven completely right.

Solberg is currently showing Mister Lee in LA at MAMA gallery, 1242 Palmetto Street, Los Angeles, CA 90013, and will be through January 23, 2016. The installation at Basel included the exotic dancers, neon light, and tropical plants, hardly out of place in Miami. In LA the show includes Solberg’s paintings, earthy and calmer in combination with the riot of Miami-style presentation, plus the scent that she developed described as “…a mixture US dollar bills with birch tar, Paulo Santo, and other ingredients.”

How to Score an Eco Chick?