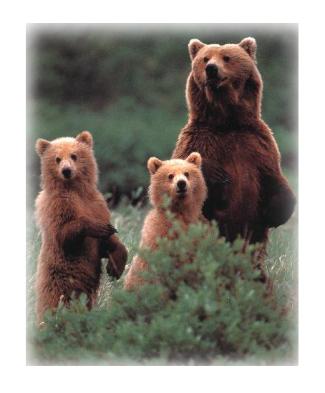 For Long-Time Readers of Eco Chick, The Good News Bears Are Back!

There’s a bevy of great green news I want to share with you all in case you hadn’t seen it:

HummerGuy.net has been informed by official sources that there will be no “next generation” refresh on the H2 and that within a few years – not fast enough for some of us – it will finally fade to black (“Reports have the H2’s end of production between 2011 and 2014”)

Hah, I almost feel badly for HummerGuy.net….but maybe he can be NonGasGuzzlingRoadHoggGuy.Net instead and write about fuel cells!

As part of the Season 2 kick-off of “The Green” on Sundance Channel, the network has partnered with Barneys New York and the eco-chic fashion brand Loomstate to launch a first of its kind, national T-shirt recycling program. Beginning April 13th, consumers will be encouraged to drop off old t-shirts at all Barneys’ locations nationwide. Loomstate will “re-fashion” the T-shirts (re-style, re-dye, re-print, etc.) to create a new, limited edition T-shirt collection to be sold exclusively at Barneys for Holiday 2008. Participating consumers will receive a 20% discount on women’s Loomstate for Barneys Green and men’s Loomstate merchandise from April 13-27. Proceeds from the program will benefit 1% for the Planet.

I’m going to be attending the kick-off event for this next week and donating some tees to the project- maybe I’ll get to see them redesigned!

Survey Says! Americans are finally catching onto the peak oil and environmental crises:

The survey gave Americans the choice of seven categories and asked the following question:

What do you believe should be the highest priority, in terms of investing money and resources, in order to achieve a meaningful technological advancement in the next 10 years?

The result in short, has Americans placing the solution to the “gas crisis” ahead of a cure to cancer, heart disease or other similar medical breakthroughs.

Specifically, 37 percent of Americans thought money and resources should be placed into a breakthrough in fuel efficiency or alternative fuels, while 30 percent wanted the effort placed against an advance in medicine.

The environment followed with 14 percent, security and defense tallied 10 percent, transportation and space exploration each has three percent and telecommunication and media two percent.