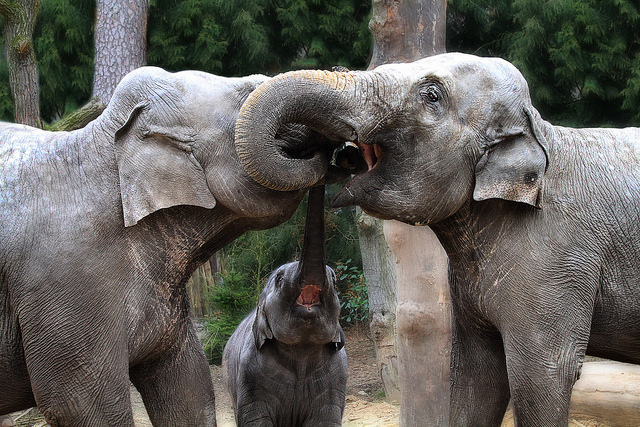 It’s Elephant Week at Eco-Chick!  August 12th was World Elephant Day, so we’re bringing you a week’s worth of elephant-themed articles! 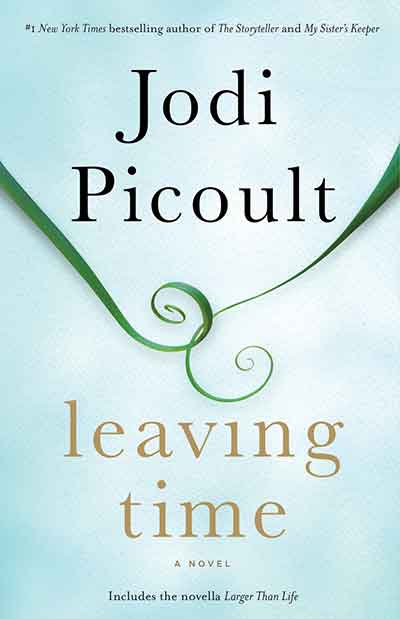 You’ve probably already heard of Jodi Picoult, even you haven’t read her work. She’s one of the most prolific writers around, releasing new, brick-sized books every year—sometimes multiple times a year. You’ve probably heard of My Sister’s Keeper, which was made into a movie starring Cameron Diaz and Alec Baldwin. In case you can’t tell, I’ve been a fan for years.

But there’s something wonderfully different about Leaving Time. While it uses the same structure as many of Picoult’s books–chapters that alternate between the voices of different characters—these voices captivated me even more than they usually do. I think the secret was the elephants. Leaving Time is peppered with incredible stories and facts about these majestic creatures. I found that reading about an elephant’s capacity for love and grief reveals truths about the very nature of emotion. 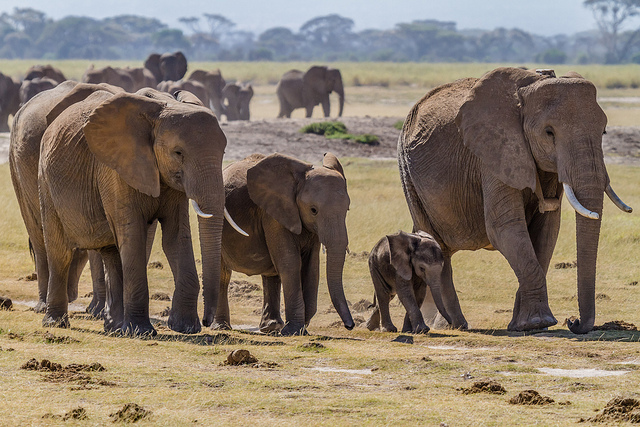 Jenna Metcalf, the protagonist of Leaving Time, is the daughter of Alice; a scientist who studied elephant grief. In the 10 years since Alice’s mysterious disappearance, Jenna has obsessively read and reread her mother’s field journals, which document her heart-wrenching and beautiful experiences with the (mostly) gentle giants. Of course, Jenna’s goal isn’t just to learn about elephants—she hopes that in reading the journals, she will uncover some clue about her mother’s fate.

Jenna is a lovable character—smart, determined, funny, and vulnerable. Her unwavering desire for the truth leads her to enlist Serenity, a down-on-her-luck local psychic, and Virgil, an alcoholic PI who was the cop originally assigned to her mother’s case. Together, they unravel the tangled web of secrets and confusion that helped Alice seem to disappear from the face of the earth.

There were a lot of reasons that I felt this was a perfect read for fellow Eco-Chicks. For one thing, it’s full of captivating woman protagonists who are capable and powerful without falling into the traps of “likability” or “strong female characters.”  They are real, flawed, and fascinating. For another, it’s written by an awesome female writer.

But of course, it all comes back to the elephants.

As Picoult writes on her website, “Once you read Leaving Time, you’re never going to think about elephants quite the same way.” This book will allow you to get inside the hearts and minds of these incredible animals. Even more importantly, it gets you thinking about how to protect them. In the novel, you’ll read about elephant sanctuaries, places where elephants are sent after being rescued from abusive zoos and circuses. And it’s sad but true that most zoos and circuses are, by nature, inherently a terrible place for an elephant to be.  Picoult’s website hosts a list of organizations that benefit elephants, reproduced here:

Plus, you can check out my earlier elephant week article on fun products you can purchase to help elephants!

Whether you read it sitting on the beach or listen to the audiobook while driving, Leaving Time is a perfect end-of-summer story. Give it a read—the elephants will thank you.