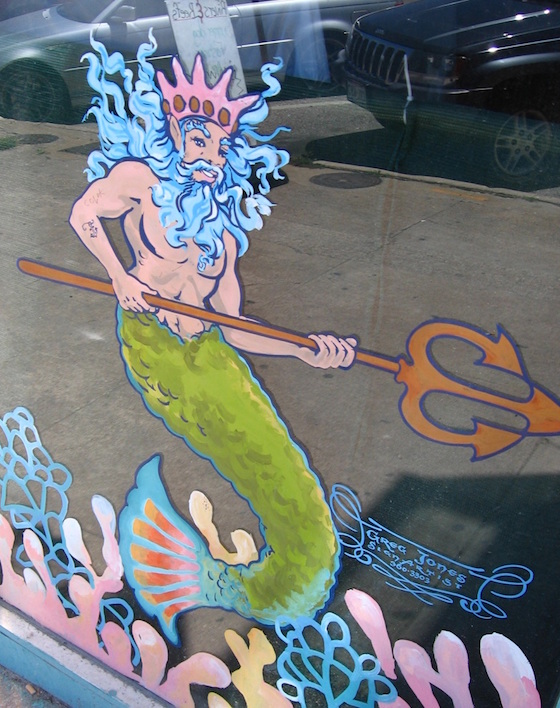 First it was the man bun.  Then the flower beard.  And now, merman hair is taking over the internet, with men dyeing their hair a whole rainbow of new shades. And it’s not just top-of-your-head hair. It’s beards, it’s eyebrows. We can assume it’s more private areas as well. And why not? This colorful trend is cool, summery, and a little bit magical—just like the merpeople themselves.

But we don’t need magic or fantasy to see amazing colors under the sea.  According to Discovery News,

Between 700,000 and one million species live in the world’s oceans, according to a thorough new analysis, which also estimated that between one-third and two-thirds of those species have yet to be named and described.

Our oceans are home to an amazing color palette and creatures of all shapes and sizes.  So while the men of Instagram feel that they’re emulating merpeople, I like to think they’re imitating the amazing world around us.

So in honor of the sea-folk we love, here’s a collection of fabulous mermen and some of the sea creatures they resemble. 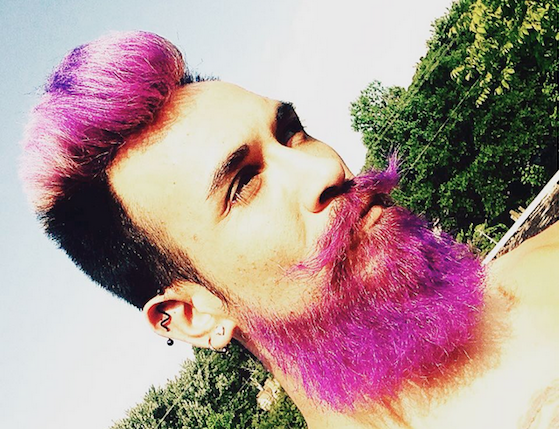 This buff-looking merman knows that real men wear pink.  So I’ll close with an image of one of my favorite sea creatures—a pink flatworm. Flatworms are among the world’s most beautiful parasites. They come in all different colors and live all around the globe. They also have one of the strangest mating rituals ever.

This one mirrors the gorgeous pinks of this gentleman’s beard. 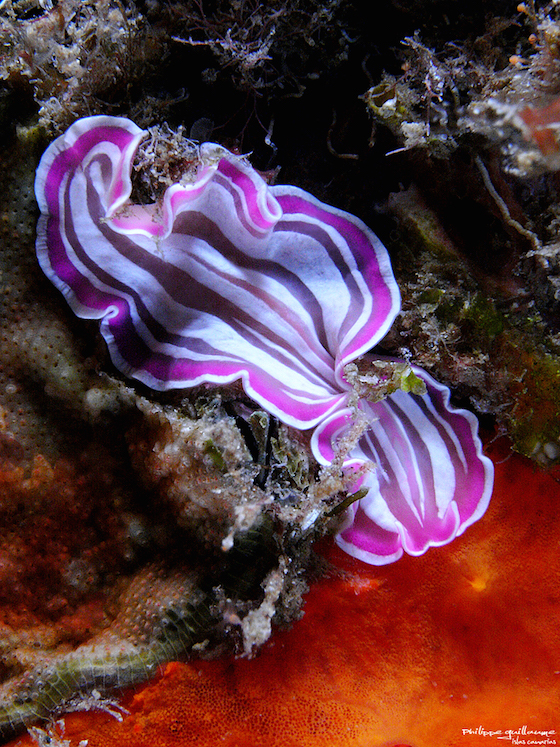 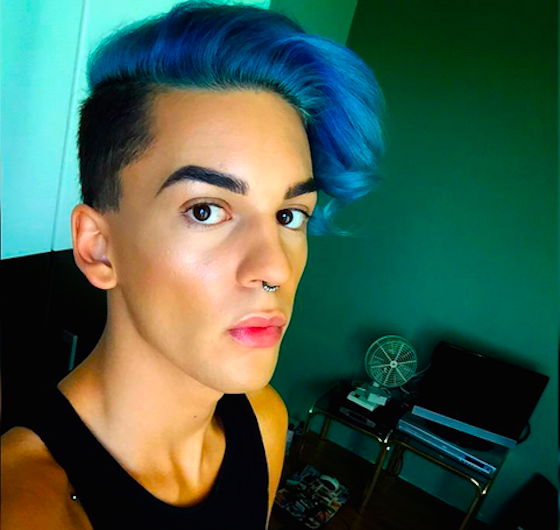 This deep blue undercut is both graceful and fierce, much like the beautiful Blue Dragon Sea Slug!  Also known as the Blue Angel, this gorgeous little creature is about the size of a quarter.  But don’t be fooled by size alone—they have a fearsome and painful sting. 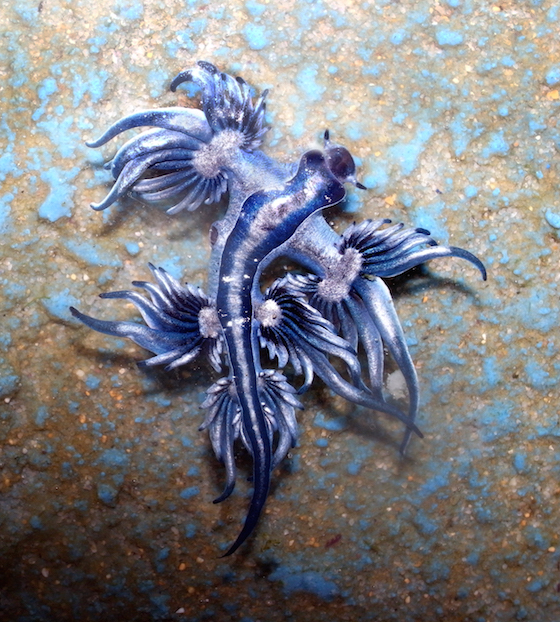 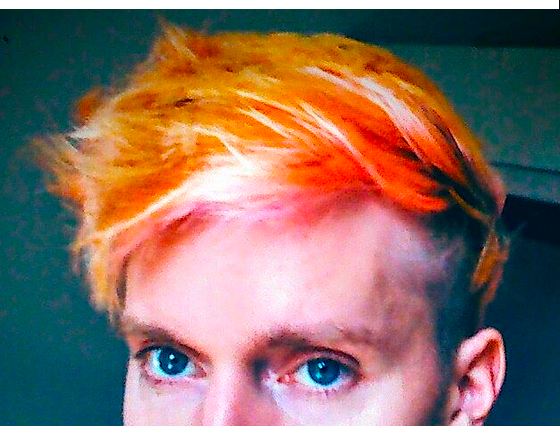 This bright orange ‘do really makes Christo’s gorgeous blue eyes pop, and reminds us of another orange denizen of the deep—the Garibaldi Damselfish!  This little guy is native to the Northeastern Pacific, and known for the way the males ferociously protect their eggs once the females have laid them.  I think he looks like he could kick some serious tail. 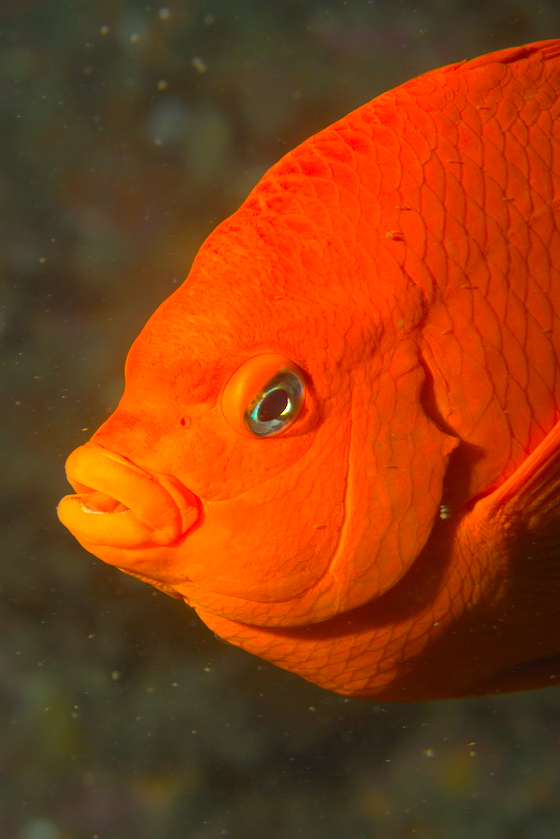 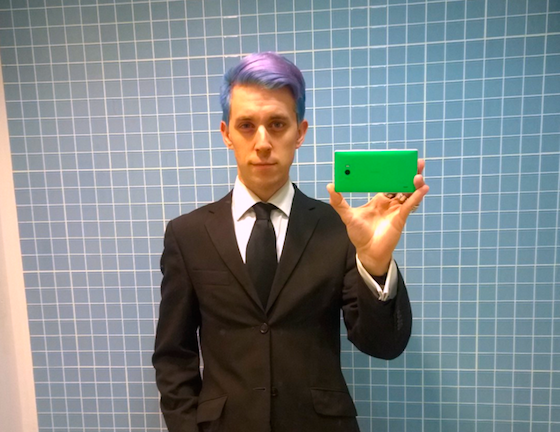 A pop of purple coming up from a blue base?  Why, that reminds me of another beautiful sea slug, the Hypselodoris Benetti!  What, you don’t know about those?  A form of sea slug, these creepy crawlies are native to Southeastern Australia. 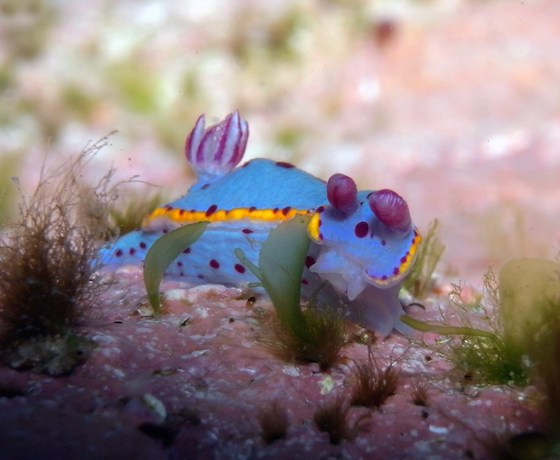 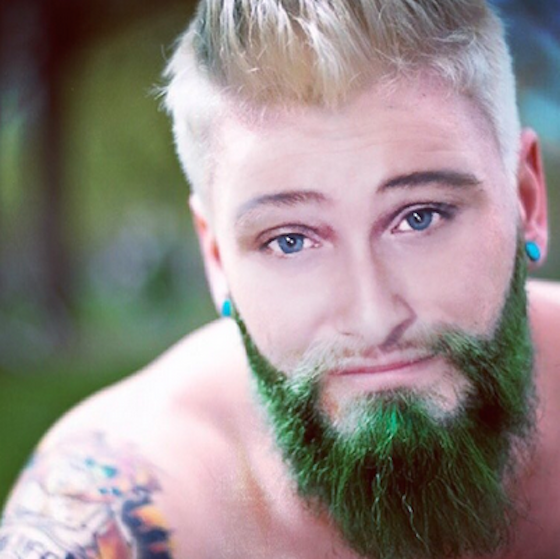 This dark, mossy green is reminiscent of one of the oceans’ shyest residents, the moray eel.  Though these animals have a reputation as being vicious, they are simply protective of their burrows and usually would rather flee than fight. 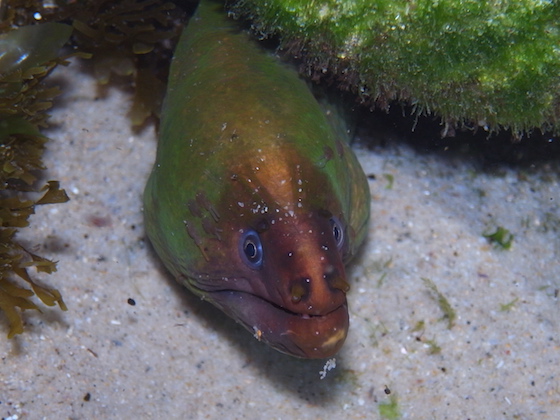 The ocean is an amazing place.  So is the internet!

I Heart Blue: An Ocean Love Affair in NYC with Dr. Susan Shaw and Poets, Musicians and More

Jewelry by Pippa Small: Impactful and Joyous (in More Ways than Just Aesthetically)