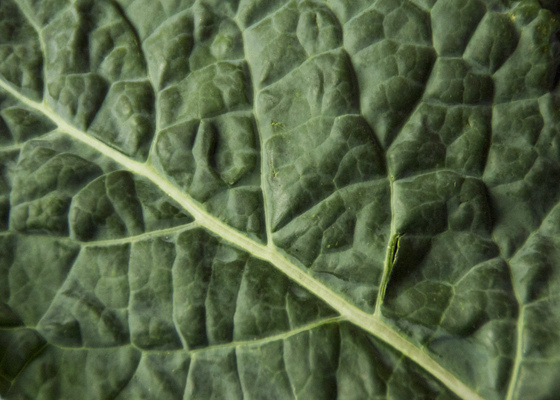 As a avid kale lover, I eat it at least once a day. Kale is great steamed with a tasty dressing, sauteed with garlic, raw and massaged in a salad, in warm winter soups, juiced, or even dehydrated into kale chips! When leafing through Heidi Swanson’s cookbook Super Natural Everyday, her Kale Salad instantly caught my eye. At first glance this kale recipe seemed totally familiar because kale and whole grains are frequent elements of my diet, then I realized the kale in this recipe is baked! Because baking kale is uncharted territory for me, suddenly this recipe became an exciting culinary adventure.

Though Swanson’s recipe calls for farro, I decided to use quinoa instead, mostly because I had it at hand, and also because I usually steer clear of gluten. Farro is a “low gluten” whole wheat grain, but it is a type of wheat and still contains some gluten. Quinoa is a gluten free grain from the high Andes that packs a powerful protein punch and is super quick to cook.

I started this simple-to-make recipe by toasting the quinoa, which enhances its flavor profile by bringing out its natural nutty flavor. To toast quinoa you simply put it in a pan dry over medium to high heat until it starts to lightly brown, smell toasty, and make a popping sound. After toasting, I then boiled the quinoa. I enjoy it slightly less cooked rather than over cooked. The little delicate grains will lose their integrity if over cooked or cooked with too much water, leaving it mushy. To avoid this use slightly less water than is called for and watch it as it cooks, add more water if necessary, stir frequently and look out for it burning on the bottom.

The kale was so simple to bake! I made the dressing in about a minute, tossed with the kale and coconut and put in the oven. It came out slightly browned, a perfect balance of crispy and chewy. I love the taste of the shoyu, a soy sauce with a richer flavor. Overall, the Kale Salad was lovely and a great way to explore one of my favorite veggies in a new way. 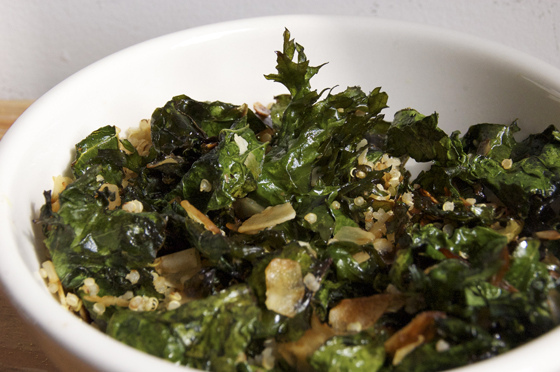 Preheat the oven to 350 degrees F.
Whisk together the olive oil, sesame oil and shoyu. Toss with coconut and kale in a large bowl with 2/3 of the dressing.
Spread kale on two baking sheets and bake 12 to 18 minutes, until the kale is cooked and the coconut is golden, tossing once or twice along the way.
Once cooked, remove from the oven. Place your chosen grain in a large bowl and top with the kale adding more dressing if you feel it needs more. Serve warm and Enjoy!

If you like a spicier flavor, you could also add thinly sliced garlic, maybe some cayenne, or whatever else your body desires. Be creative! This is a great recipe to play with because it is already so simple, you can take it in so many directions.

As an intuitive chef, I love tuning into what my body and soul needs in the moment, and nourishing that. When you cook from the inside out, you nurture yourself on a much deeper level. Recipes are great to give inspiration and guidance, but take it to the next level. Play and experiment with you food! 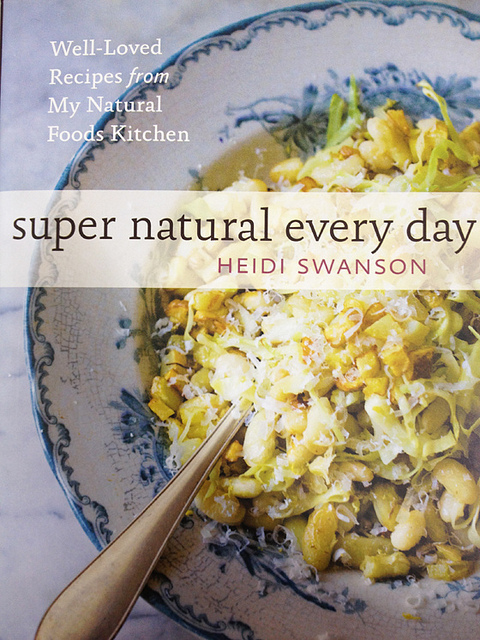 All Photos by Liz Blake.

Suds Up With These Healthy Soaps!

Thanksgiving Recipes for Vegans (and Everyone Else!)