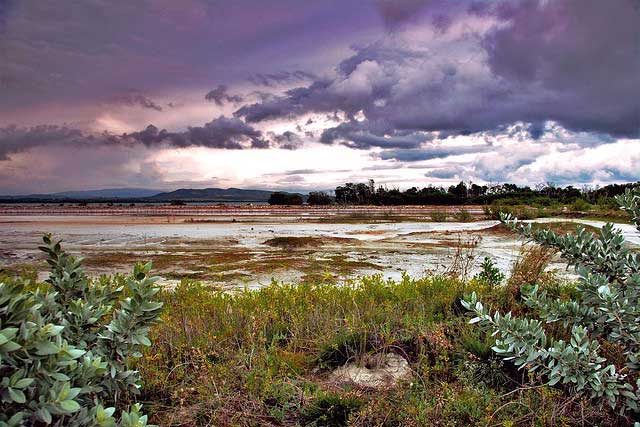 The western coast of Puerto Rico boasts an ecologically diverse landscape that needs to be seen to be believed. Las Salinas are a striking example. Added to the Cabo Rojo Wildlife Refuge in 1999, the Salt Flats neighbor mangrove forests, a coastline, seagrass beds, scrub and off-shore coral reefs, making the refuge home to no fewer than 245 plant and 145 animal species.

According to the Fish & Wildlife Service, which manages the area:

The salt flats are positioned in the Atlantic flyway and are a vital nesting ground and feeding area for the snowy plover, least tern, Wilson’s plover, peregrine falcon, yellow shouldered blackbird, brown pelican, and several species of sea turtles. Indeed, no fewer than 118 bird species have been recorded for the area. 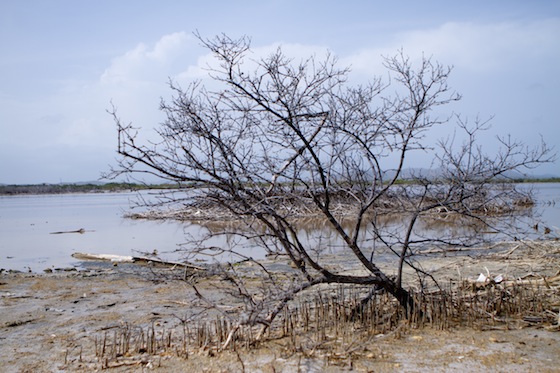 Drive to the end of Rte 301 and you may as well be driving onto the moon. The thick brush quickly opens to vast, shallow, salty pools creating a dramatic and breathtakingly alien landscape. The mangroves remind you you’re still in Puerto Rico, but as you inch along the winding entryway, the world as  you know it eases further and further from your mind.

We hopped out of the car to take a closer look at one of the giant mounds of salt and glimpsed into the shallow pools of sea water. The flats are flooded with the area’s particularly salty water and left to evaporate by exposure to sun and wind. 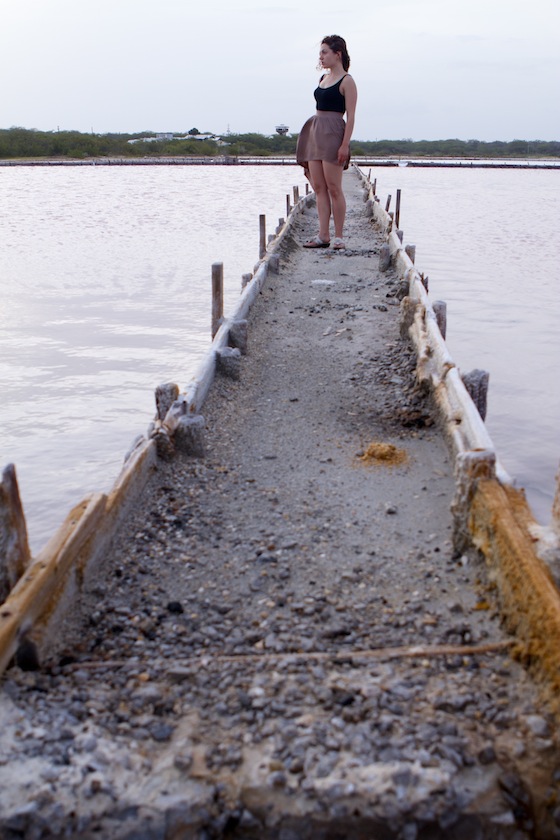 Once salt crystals form, the bottoms of the flats are drained and then scraped clean and the process begins again. The large salt crystals are piled nearby and used for non-food purposes. The flats are quite beautiful and there are several miles of bike and walking trails to enjoy. And because it’s a part of the Atlantic flyway, bird-watching is great here (best in the early morning or evening). 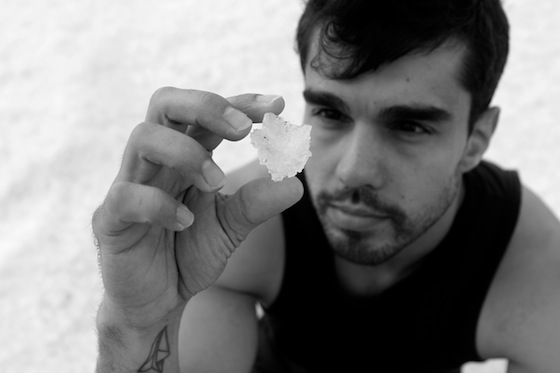 Continue to the very, very, very end of the road to find La Playuela– a protected cove of incredibly salty water (which feeds Las Salinas). The beach is surrounded by gorgeous rock outcroppings that block the majority of large waves, resulting in a usually calm pool (though when we were there, the waves were a bit rough & tumble).

Combined with the intense sulfuric smell and the slightly turbid water, this beach is often confused with Playa Sucia (Dirty Beach). Don’t be deterred- the mangrove shade and beautiful blue make it worth stopping by for a few hours. The water is warm and the relaxation is plentiful. 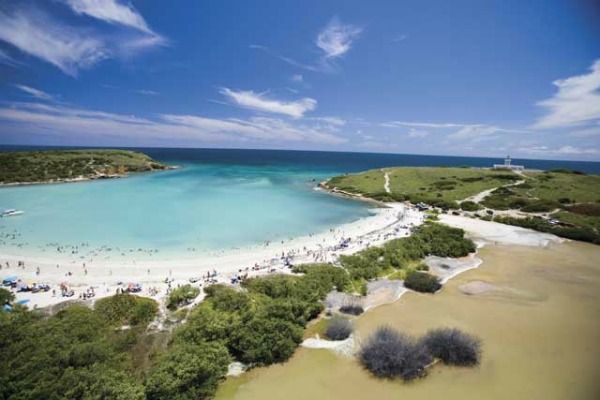 This beach has no amenities, so come prepared (food, water, sunblock, towels) and be sure to pack out all your trash! There is a small restaurant selling typical Puerto Rican beach food (pinchos, frituras, etc) about a mile from the Salt Flats on 301 in case you need provisions. As with most hidden-ish beaches, parking is intense—go early or be prepared to sit in your car and wait for someone to leave (or park further down the road and walk a bit).

Main image and final image via Rincon Tours, which offers guided tours of the wildlife refuge.

Panoramic photo by Flickr user Mor. All other photos by Keelie A. Sheridan and Jorge Luna.

Escapes Travel Style: The Necessity of the Hankie