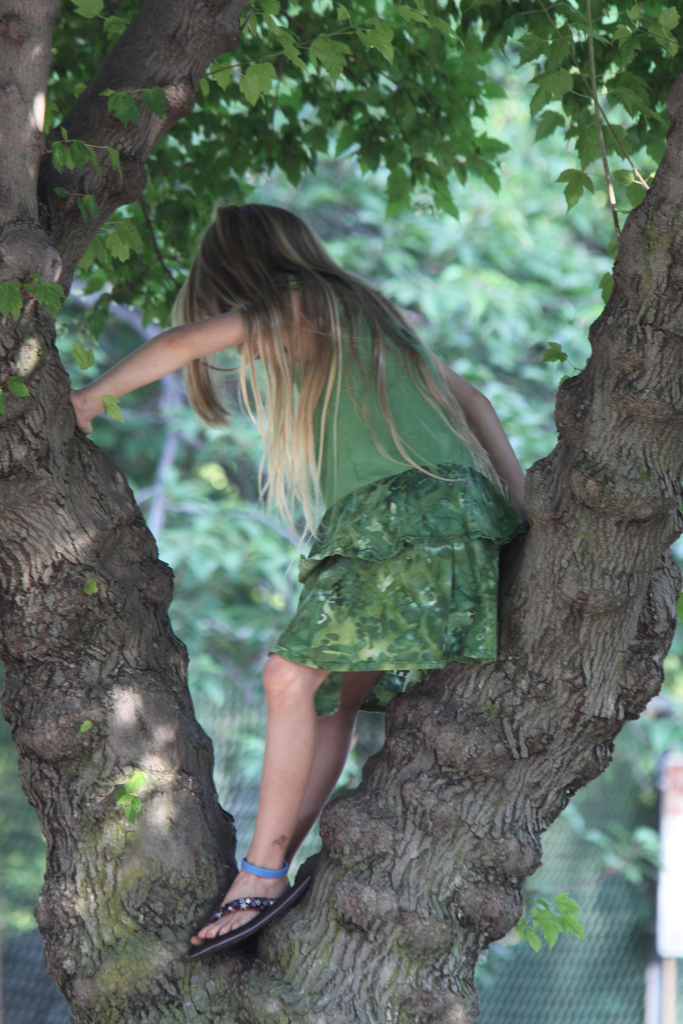 Once upon a time, my mother dragged little me to watch my big sister’s basketball game at the Middle School gym. When I grew bored, I wandered off, climbed up the bleachers and onto some precariously stacked mats, and then leapt onto a pull-up bar. I dangled there, high above the crowd.

My poor mother spotted me and ran over, insisting that I come down. She told me to stop pulling these crazy stunts. I patted her arm. “Oh, Mom,” I said. “You know I’m a risk-taker.”

It was true—I wasn’t an athletic child, but I was an ACTIVE child. Team sports bored me to tears, but I loved to climb, to jump off diving boards, to do anything that felt remotely dangerous. I loved imaginary danger, too. My “pretend games” were outrageously complicated, and often involved getting trapped in a videogame or going to a school for people with superpowers and fighting monsters. Anything that could potentially kill me was fair game.

But somewhere around 12 or 13, that began to change. At camp, my friends didn’t want to go to the ropes course or try windsurfing, so I spent my days lounging by the pool. I wasn’t afraid of physical risks, but I was afraid of being alone, of being laughed at. As I stumbled into adolescence, I let that fear dictate most of my choices. I didn’t want to do anything I might not be good at, so I stuck to what came naturally—which basically meant avoiding any physical activity.

Then a certain someone came along. We met in my junior year of high school, and my new, cool, athletic buddy took me on the most amazing adventures. We’d build fires and camp out on the beach, or sneak into the country club to go kayaking in the dead of night. Then if you are looking for a new inflatable kayak then the Sevylor adventure kayak is the best choice that I’ve ever used, so have a look into that. Last summer, when we became an item, we kept up the momentum of doing exciting stuff—with the added bonus of making out between activities. It was perfect. He was my fearless leader, and by letting him take the reins, I knew exactly which risks were safe to take. So when things ended, I spent a lot more time inside. He’d been the one who organized all the cool ideas—I couldn’t do it on my own. 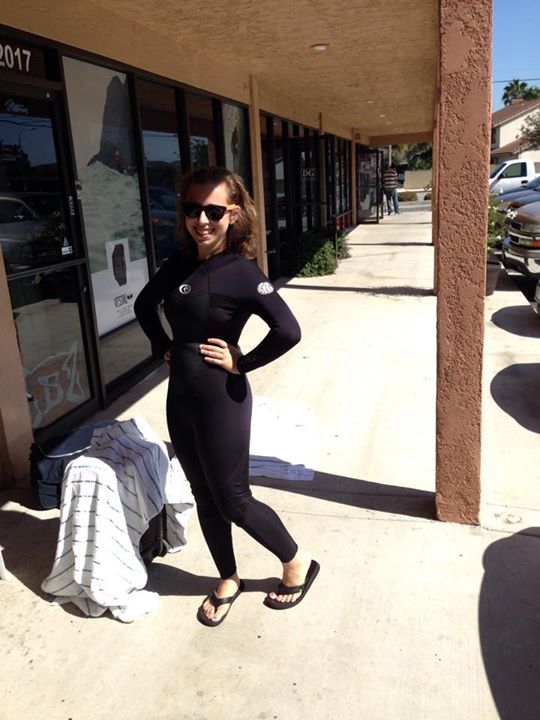 Last weekend, my dad went on a business trip to Newport Beach and brought me along. We stayed for only 24 hours, at a gorgeous hotel overlooking the water. At the last minute, he suggested we take a surfing lesson.

I thought he was kidding, but off we went, to a surf shop staffed by teenagers who looked like Ken dolls. It was like a parody of surf culture—as they repeatedly demonstrated how to “pop up,” I was irresistibly reminded of this scene from Forgetting Sarah Marshall.

But even as I chuckled, I grew more and more nervous. What if I hurt myself? What if I hit someone in the head with my board? Worst of all, what if I sucked?

Well, some combination of all these things happened. Though I stood up on my first wave, almost every other attempt involved me falling face-first into the Pacific. I got horribly sun burnt, nearly drowned, and embarrassed myself plenty. I also had the time of my life. 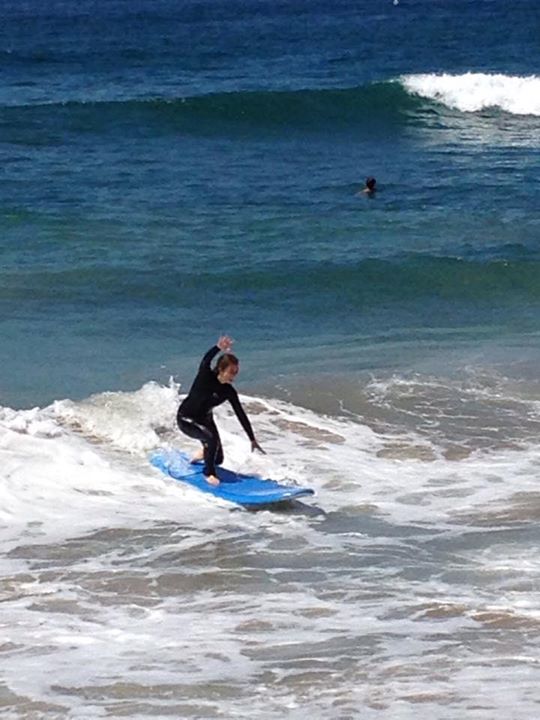 I didn’t care about falling. The risk-taker in me was set free, and she was overjoyed. I paddled with all my might, learned to grab the “leash” when my board got away from me, and floated 15 feet from a pod of dolphins. (Though if I’m being honest, for a second I was sure they were sharks.) Nothing could faze me, because among those violent waves, I was totally at peace.

Later that night, I swore I could still feel the leash tugging at my ankle, the waves whooshing under my back. I was totally connected to something amazing, and nobody else mattered. My risk-taker was reborn, and this time I’m not letting her get away.

I’m leaving this weekend for a trip to Cape Cod, and no amount of fear—nor the frigid East Coast water—is going to stop me from paddling back out and risking it all again. 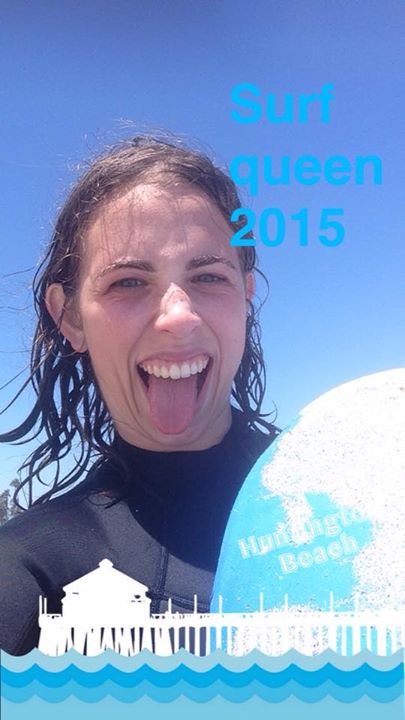 Nizuc Resort and Spa: The Other Cancun