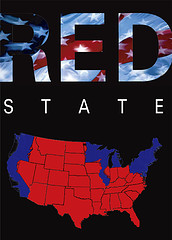 Many of us awoke the morning after the 2004 presidential election feeling disillusioned and despondent. The victory that George Bush was enjoying left millions around the world asking; “How could this happen?”

Last week, my friend Michael Shea, was on Sam Seder’s radio show, The Majority Report, on Air America discussing his documentary film Red State. As the title implies, the film delves into the “red states” of America as Michael and a small crew of three travelled accross the country interviewing people from all walks of life. Without coming across as an angry, jaded liberal, but more from a humanitarian stance, Michael gets people to reveal their philosophical leanings as they are embodied in their vote. The discussions are entertaining, disturbing, and at times, hilarious. If you are at all curious as to why Bush succeeded in ’04, you have to see this film. From an ideological standpoint, it is fascinating and frightening. The next screening is on October 10th at the Acoustic Cafe in Bridgeport, CT for those of you in the tri-state region. You can also purchase a copy of the movie from the website linked above. 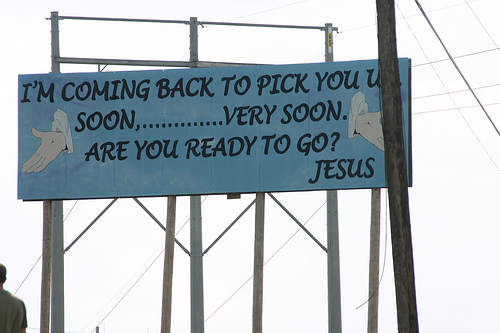