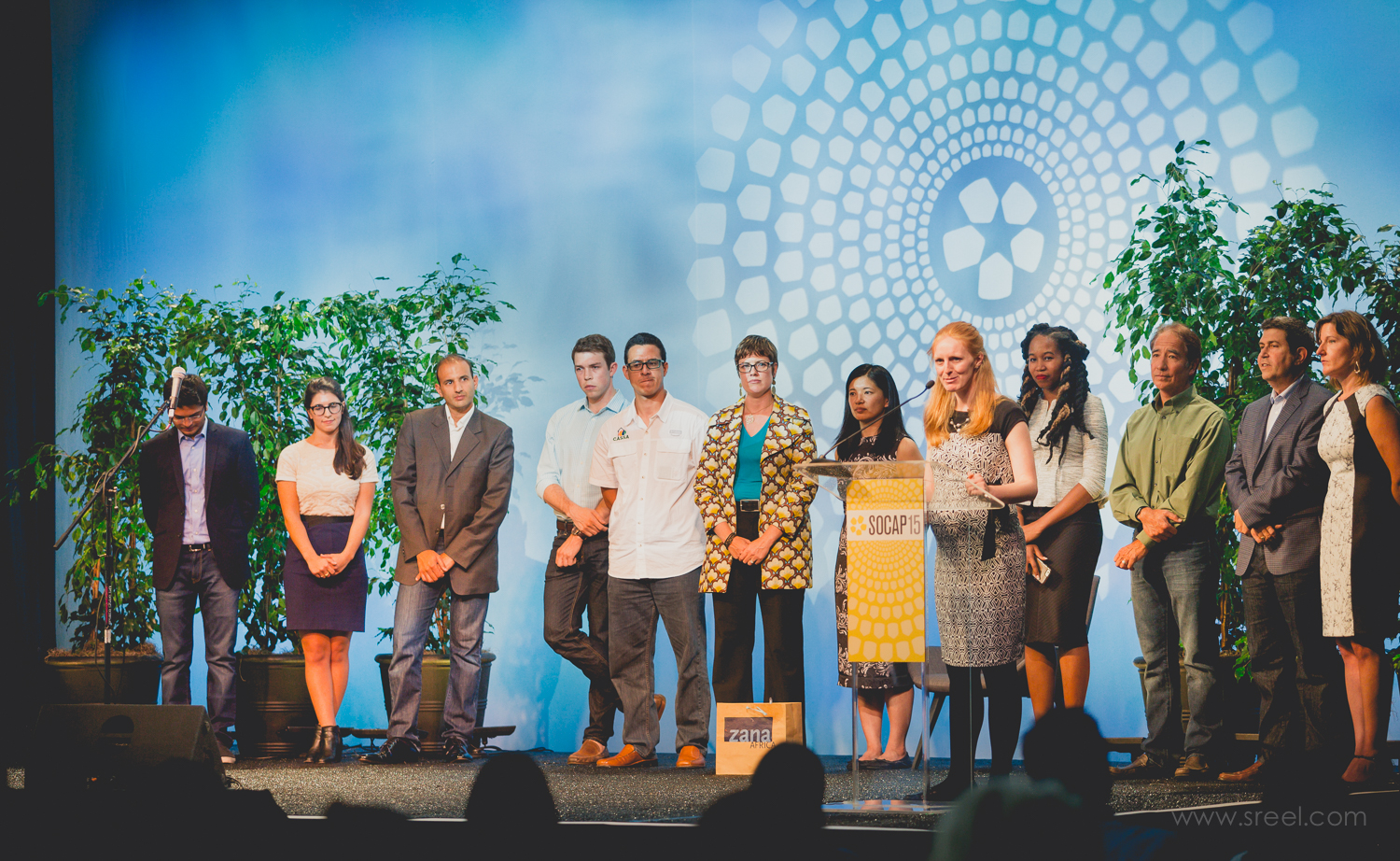 Last week I attended SOCAP15 powered by MissionHUB, the leading gathering for impact investors and social ventures, in San Francisco. Their tagline is “uniting global innovators in business, finance, tech, the sharing economy, philanthropy and more, to create positive impact at the intersection of money and meaning.”

Which sounds awesome, but…..what does that mean?

The first thing I noticed was how many people were there (thousands!)—and every person I talked to was somehow involved in using business to change the world for the better. That, in itself, was SO inspiring! There were fashion designers who create products that improve the lives of the people who make them; angel investors who want to put their money where their hearts are; journalists like me; PR and marketing folks who specialize in telling the stories of brands that are doing positive work in the world; and businesspeople (CFOs, CEOs and managers) who all work for companies that have a social or environmental—or both—impact.

And I’m sure plenty of other people whose job titles combine aspects of the above—or are so new that they don’t even have a formal name for themselves yet (the attendees and panelists at SOCAP are both traditional businesspeople and all kinds of interesting hybrids and new thinkers). 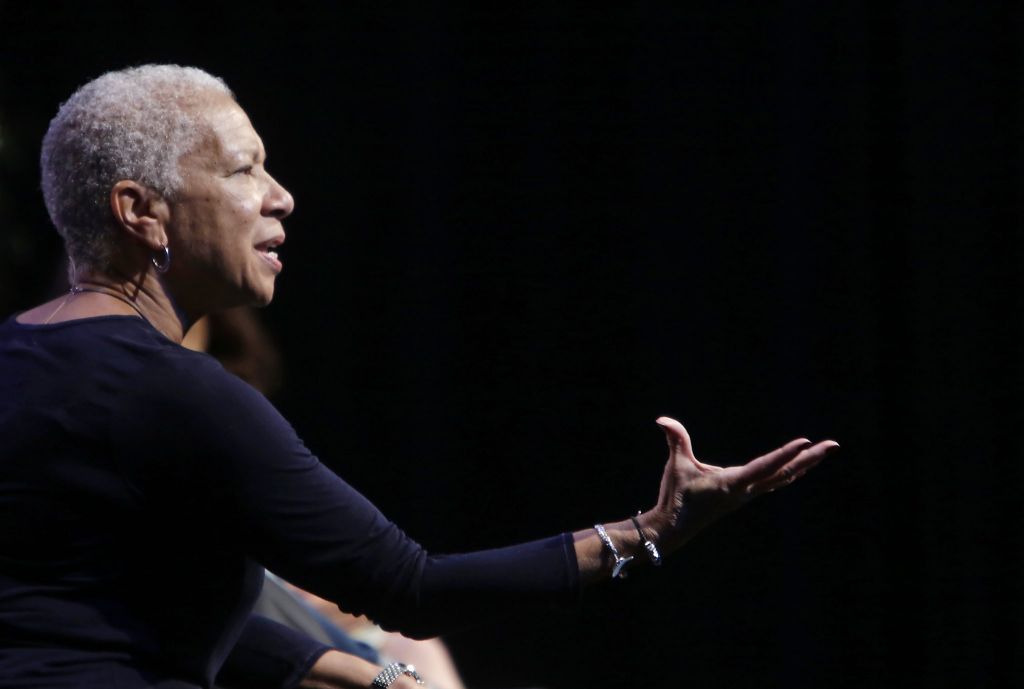 To look around at a giant hall filled with thousands of people who all really care (and who are doing so in genuinely varied and brilliant ways) just kind of blew me away for the first 15 minutes I was wandering around.

And then, of course, it was time to attend a few of the 140 panels (over the course of the conference—there were between 5-7 happening in any one block). 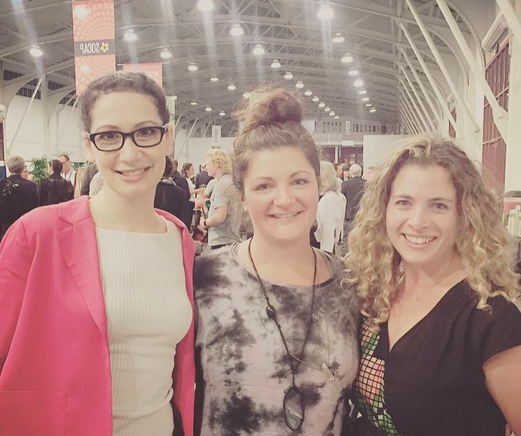 I noticed that at the panels and discussions I attended, there were lots of women speakers (in fact, SOCAP has won awards for the past two years for having over 40% female speakers) as well as people of color and international voices too—which makes sense considering that women start about 40% of businesses and when it comes to social entrepreneurship, and much of that work is being done outside the US. How refreshing it was to see panels that truly represent the people doing that work! 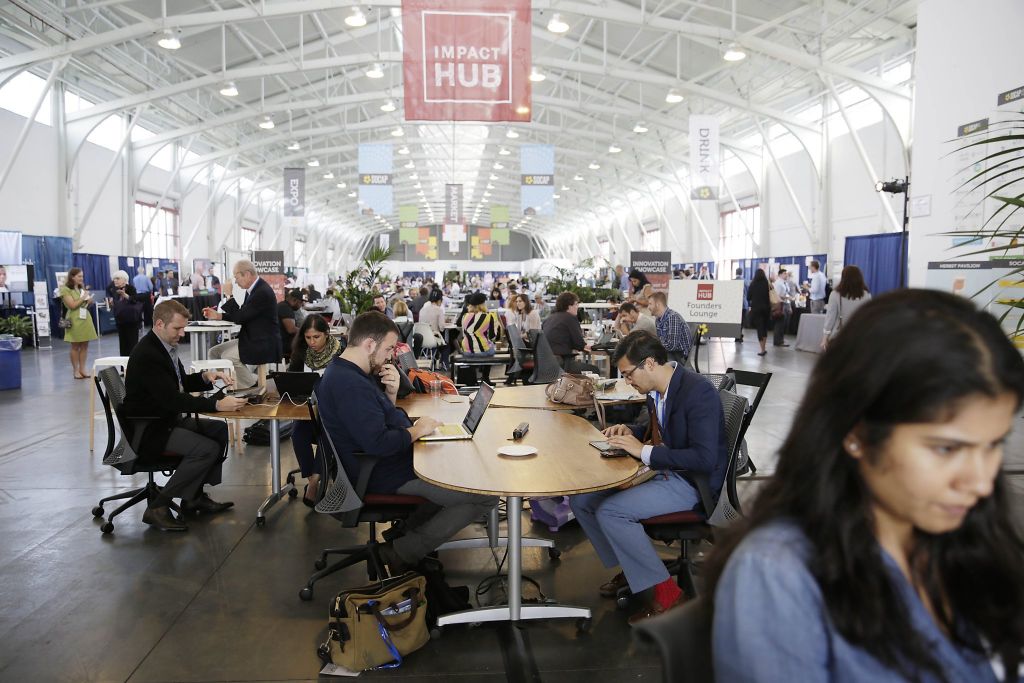 Branham said that physically coming together is at the heart of both the conference and the co-working spaces: “We believe creating a community requires face-to-face interaction. There is a magic that you can’t get any other way—You have to have a physical space.”

The new Impact Hub offices in San Francisco, which will open in January/February 2016, takes that idea to the next level—it’s a whole building that includes both social entrepreneurs and nonprofits as well as divisions of local companies like Google and boasts environmental (like solar power and greywater reclamation) and social (outdoor events for local community events and bike parking for anyone who wants to use it in the neighborhood) aspects that take it beyond a regular office building. But, he said, it’s the people who make all of these spaces worldchangers—the spaces are simply a place for them to gather and collaborate. 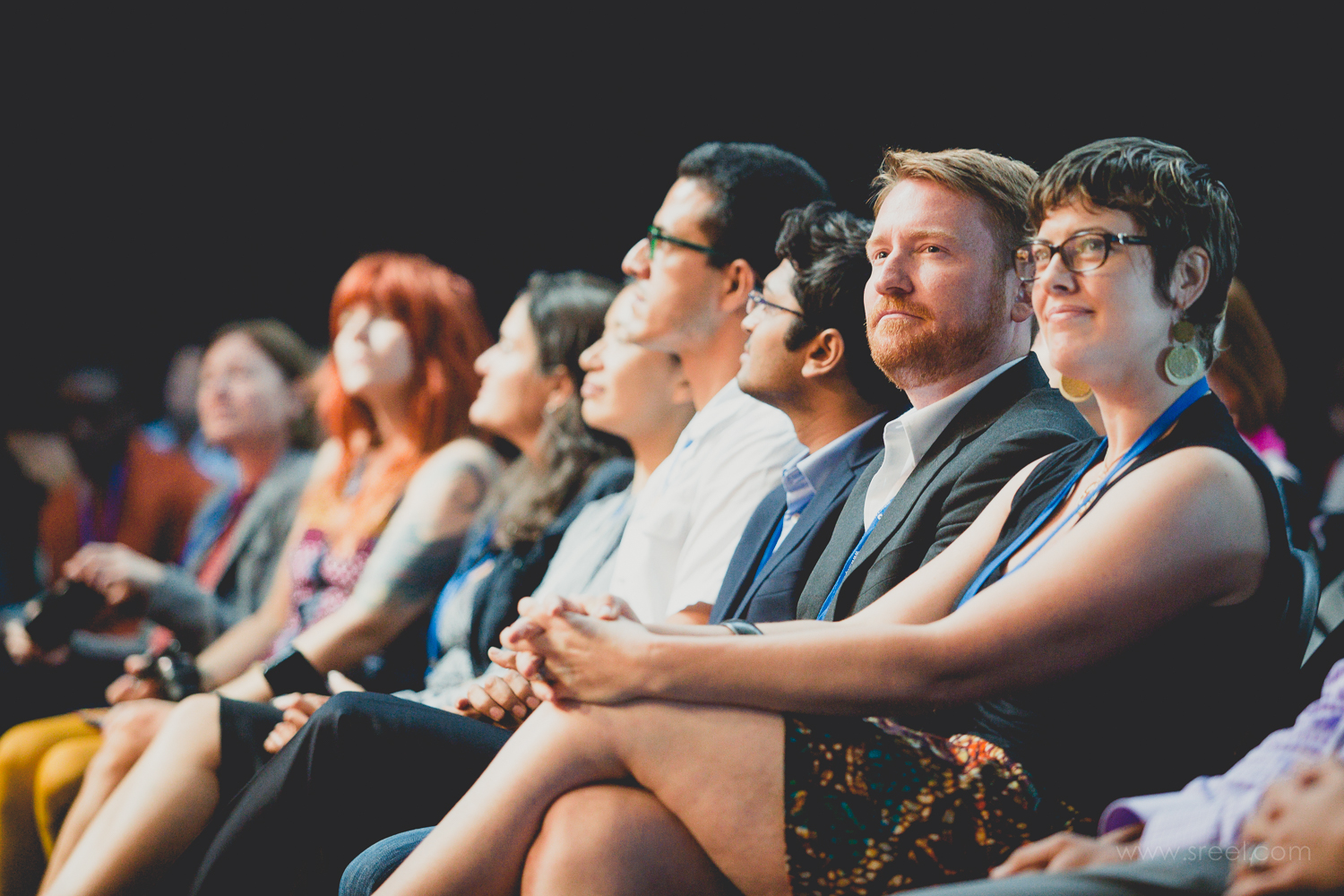 Branham told me that a sizable chunk of the SOCAP attendees were Impact Hub members, and the organization wants to bring that inspiration, positive energy and collaborative problem-solving that was so in evidence at the conference into more of the day-to-day activity at the various Hubs.

What’s next for the rapidly growing company? A few things:

First off, SOCAP 365 is going to bring what’s key about the conferences—event and educational programming— to MissionHUB campuses, each focusing on SOCAP themes (think mini-conferences on focused subjects):

And in case you can’t make it out of your home office/yurt/personal island/boat (or just prefer to work from some crazy-remote location), SOCAPTV is “…the digital, public­-facing platform​ for SOCAP, capturing live coverage of SOCAP15 talks recorded for future viewing and sharing online. In addition to main stage content that will be livestreamed and archived online, the new SOCAPTV format will share inspiring stories from early pioneers, as well as prominent new players, beyond the physical conference through a series of ten to twelve minute talks. SOCAPTV will span a variety of topics from creative placemaking to the ebola epidemic to designing our new economy. The common thread is impact.”

And the first Impact Bazaar (debuting at the NYC ImpactHub), will include the practical “stuff” needed to get a business up, going, and successful. The Bazaar’s goal is to “…provide guidance and mentorship that most people don’t have access to. Our goal is to create an ecosystem for innovators to launch and grow their ideas,” says Sam Utne, Managing Director of Impact Hub NYC.

That means, in practice, that there will be classes and workshops, lectures and the like, but also that access critical to building successful business—time with mentors and industry experts, idea exchanges, and even a maker lab—that sounds fun—as well as some yoga/meditation/mindfulness to bring it all together in the subconscious (important!).

The first Impact Bazaar launched on the 21st of October, but will be debuting at the other Impact Hubs soon.