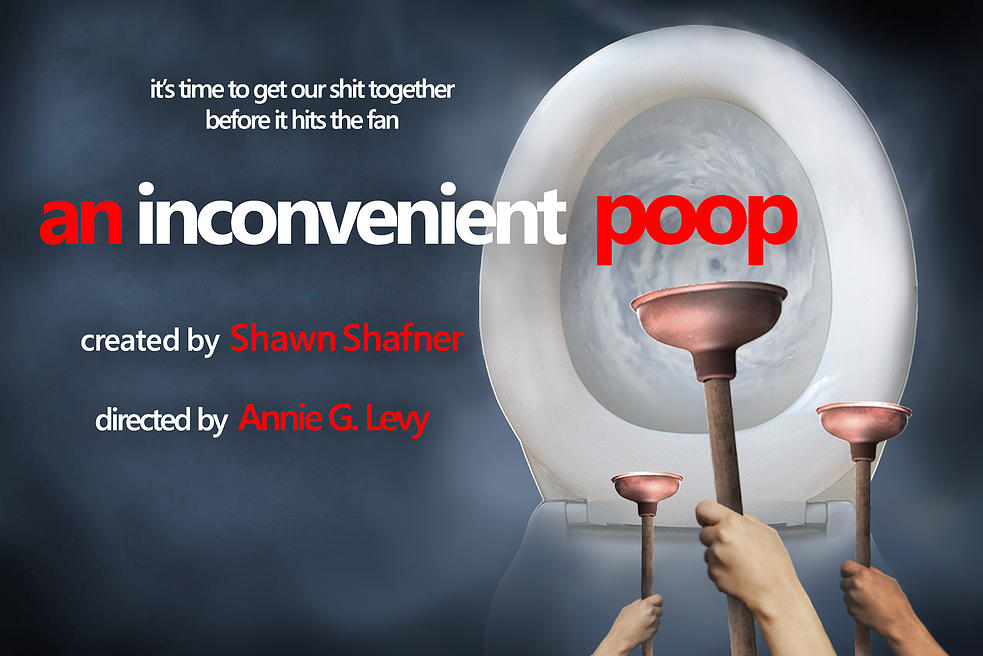 Our friends and family. Ourselves. Our planet. It’s time to do our doodie to them all.

No, that wasn’t a typo!  According to Shawn “The Puru” Shafner, when we avoid talking about our doodie—or poop, shit, excrement, whatever you like to call it—we do the world a disservice.  I went to see his play, An Inconvenient Poop, as part of the New York Fringe Festival, and found myself immersed in a learning experience unlike any other—an experience that began and ended with shit. 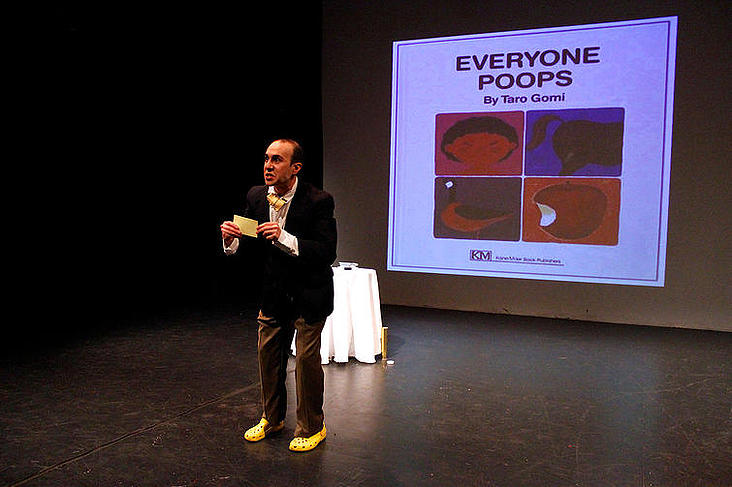 An Inconvenient Poop seeks to explain the importance of embracing our bodily functions, especially poops and farts, in order to facilitate conversations about how we dispose of them. The ugly truth is, our current bathroom system is INCREDIBLY wasteful, using tons of unnecessary water (as much as 3 clean gallons with every flush).  Not to mention, it’s not easy to sustain or replicate.

According to Shafner’s website, 40% of the world’s population – 2.5 billion people – still live without access to safe toilets. The resulting diarrhea alone kills more children each year than HIV/AIDS, malaria, and measles combined.

In the first world, we have a higher concentration of safe toilets, but we make using them a taboo. I was especially struck by Shafner’s point about access to toilets for the homeless or impoverished. So many stores and restaurants restrict their bathrooms to customers only, depriving our cities’ poorest people of their basic human dignity.  An Inconvenient Poop seeks to get us talking about our bodily functions in order to eliminate some of this shame, with the end goal of finding a healthier, more eco-friendly way of disposing of human waste. 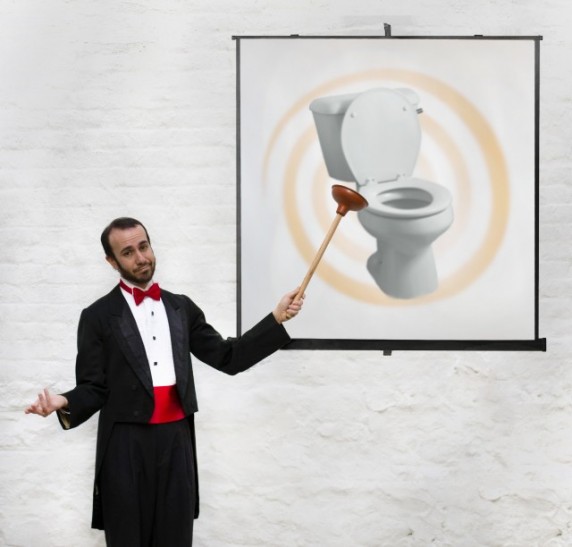 I would have liked to learn a little bit more about these other methods.  If I had one complaint about An Inconvenient Poop, it would be that it spent a long time trying to be funny by talking about how disgusted we all are by poop (under the guise of trying to make us “more comfortable”) and perhaps not enough time talking about alternatives.  Though Shafner did talk about composting toilets, he didn’t say much about ways that we can make our current systems more efficient without rebuilding our bathrooms—like this simple “Drop-A-Brick” campaign, which can save around 50 gallons of water each week.

Still, An Inconvenient Poop was a lot of fun, and it was chock-full of interesting information on how society has viewed poop throughout history.  (It’s actually not as simple as you’d think!)  Though the Fringe Festival has ended, you can catch the show this February at Dixon Place in New York, or you can check out Shawn’s other work .