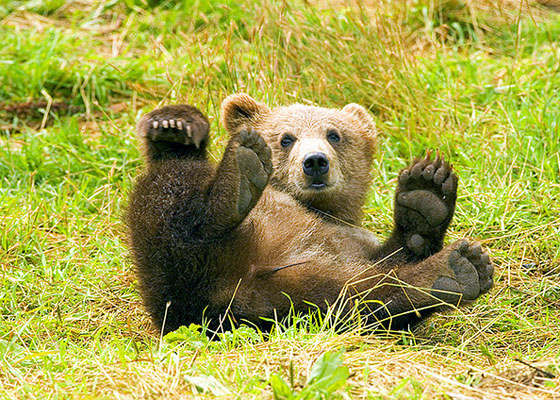 Dear EarthTalk: A friend of mine told me that our government kills thousands of wild animals like bears and wolves every year in the name of protecting livestock. How can the government, which is supposed to protect dwindling numbers of animals, instead be killing them?

Actually, the federal government kills some 100,000 carnivores every year under the U.S. Department of Agriculture’s (USDA’s) Wildlife Services program. While the program does much more than so-called “predator control”—threatened and endangered species conservation, invasive species mitigation, wildlife disease monitoring, airport bird strike prevention, rabies and rodent control—killing bears, wolves, coyotes and mountain lions to protect livestock does take up $100 million of the federal budget each year.

NRDC cites USDA statistics showing that most livestock losses result from weather, disease, illness and birthing problems—not predation. They also argue that the lethal methods employed by Wildlife Services have led to dozens of human and pet injuries and deaths and degrade ecosystems that rely on healthy predator populations to function. Also the two most commonly used poisons, Compound 1080 and sodium cyanide, go beyond killing animals and wreak havoc on entire ecosystems.

Predator Defense, another group committed to ending federal predator control efforts, says that it is important to maintain healthy populations of the very predators Wildlife Services works to kill. When, for instance, predators are around to keep deer and elk populations in check, more and varied kinds of plants are given space and time to grow, in turn preserving and creating habitat for many different species.

“Wildlife Services’ predator control work cries out for reform,” says NRDC. The group recommends bringing more transparency to the process so the public can assess how tax dollars are being used; taking a more scientific approach instead of centering the program around the demands of commercial interests; holding the program to higher environmental standards; ending the cruelest, most hazardous and environmentally harmful killing methods; and requiring non-lethal methods when possible.

There has been no decisive legislation to stop predator control efforts, but a bill introduced into the House by California Republican John Campbell III calls for amending the Toxic Substances Control Act to prohibit the use of Compound 1080 and sodium cyanide for predator control. The bill (H.R. 4214) was referred to committee and may or may not see a floor vote this year.

The Earth From Space: Never More Amazing Than in This Video