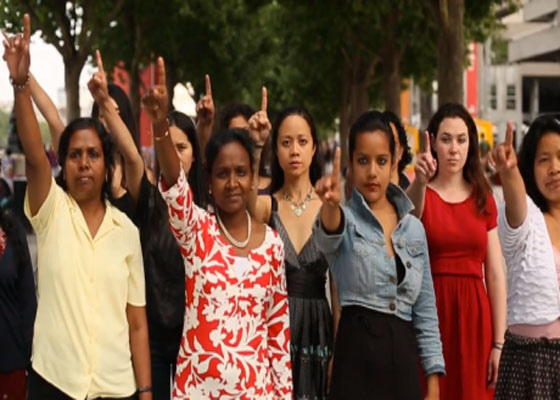 One in three women on the planet will be raped or beaten in her lifetime. The Rape, Abuse and Incest National Network estimates that someone is assaulted every two minutes in the U.S., although that’s probably an underestimation, since more than 50 percent of sexual assaults still go unreported.

On V-Day’s 15th Anniversary, 2.14.13, One Billion Rising is inviting one billion women and those who love them to walk out, dance, rise up, and demand an end to this violence. One Billion Rising will move the earth, activating women and men across every country. V-Day wants the world to see our collective strength, our numbers, and our solidarity across borders.

Related: Violence Against Women Act: The Other Cliff That Every Woman Should Be Scared About; Heroines for the Planet: Human Rights Advocate and Sexual Slavery Survivor Somaly Mam