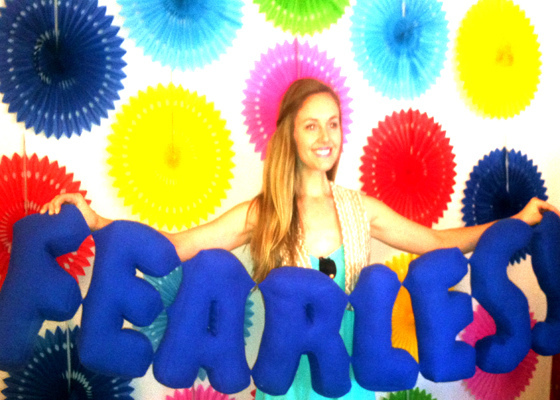 Eco Chick was invited by Lexus to attend the ESPN Women + Sports Summit at the Dove Mountain Ritz Carlton in Tucson, Arizona this past October. The Summit brought together influencers and leaders in the world of women and sports, and it was an unforgettable experience. I met so many inspirational women, heard so many powerful stories, had the opportunity to test drive the new Lexus ES (in “eco drive”) and took away so much in a matter of three days. I found the discussions on business and marketing of women and sports, the impact of Title IX, and the importance of getting young girls to participate in sports most interesting.

I really connected to the summit because sports have played such a critical role in my life. I owe so much of who I am today to the lessons I learned on fields, tracks, courts and stages.

I started playing soccer at the age of four, and played basketball, soccer and ran track throughout my childhood right up to Varsity level in high school. I was the only girl on the men’s varsity golf team my senior year of high school, and refused to tee off at the women’s tee (I wasn’t interested in a hand-out from the men.) I was also a competitive Irish dancer for 12 years and would head to dance class right after my sports practices every week night. On the weekends, I had to strike a balance between sports games and feises (Irish dance competitions which required significant travel).

When I wasn’t playing team sports or dancing, I was strapping on gear for street hockey or playing touch football with the boys in the neighborhood. Much to my parents’ chagrin, I’d come home with bruises, scrapes and torn pants from climbing trees and jumping fences. I enjoyed challenging my guy friends — and my father– to impromptu races, and for years my Dad and I would race to the car after my soccer games. It was our little thing. He beat me for quite a while until that one day when I was faster than him and started beating him.

Sports taught me discipline, hard work, and what it meant to be a team player. It fostered self-confidence, a respect for myself, and it made me really competitive. I learned how to persevere, lead, come back after defeat, and how to swallow my pride and accept criticism and feedback. I’m also a diehard football fan, and just purchased Northern Ireland vs England Women’s tickets for me and my friends.

At the ESPN Summit, I had time to reflect on, and be grateful for, how sports have shaped my life in such a profound way. I also took in a wealth of knowledge from some extraordinary women. Platforms like daftar roulette online are available for fans who want to bet on their superstars.

Faith Popcorn, a well-known predictor of future trends, opened the conference with bold predictions on how women will exert their influence and power to shape the future. Faith believes that the new feminine energy fueled by money, power and compassion will shape the decade ahead. Faith referred to this global ascendancy of women as “she-change”: something that’s happening under our culture. Faith talked quite a bit about how marketers are advertising to an outdated idea of the woman, and a “nuclear family” that isn’t the force it once was.

And yet, most brands fail to recognize women’s power. “Women are the best evangelists in the whole wide world,” said Faith.

And just to illustrate the importance of women empowering each other, I thought it was no small irony that Faith Popcorn was in fact a mentor and boss to a former mentor and boss of mine.

Photos from the summit. 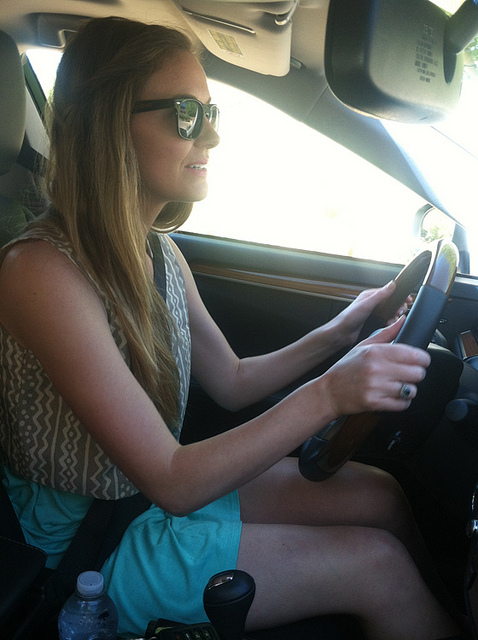 I had the opportunity to test drive the sustainable and sleek Lexus ES. Lexus was the presenting sponsor of the Summit. 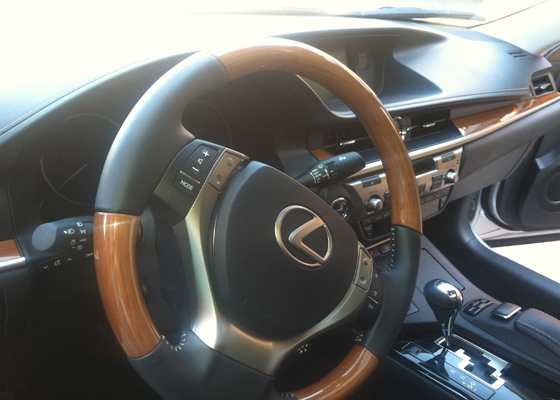 The new Lexus ES Hybrid. Check out the sustainable bamboo interior and the Nu-Luxe seat upholstery — a leather-like material that weighs half as much as leather and generates far fewer CO2 and VOC emissions than other synthetic leather. 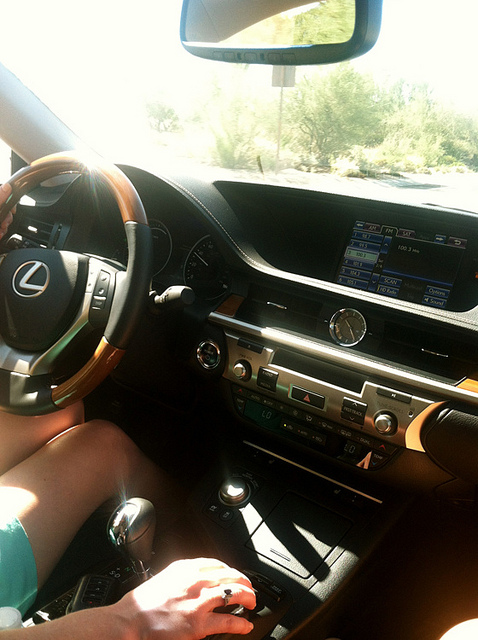 Putting the new Lexus ES Hybrid in “eco mode.” Check out the free Lexus ES app for iPad from iTunes. 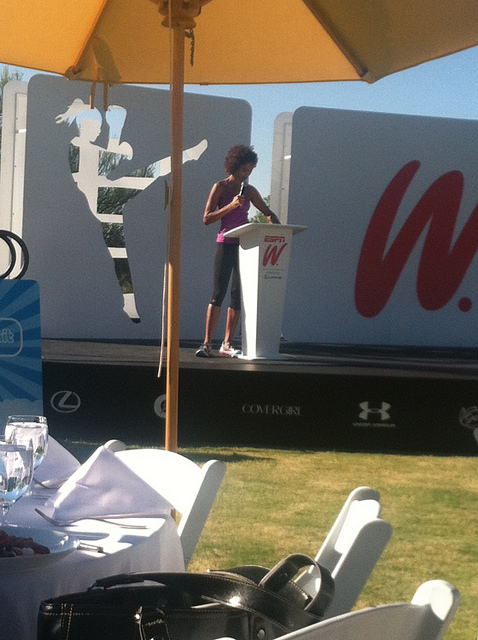 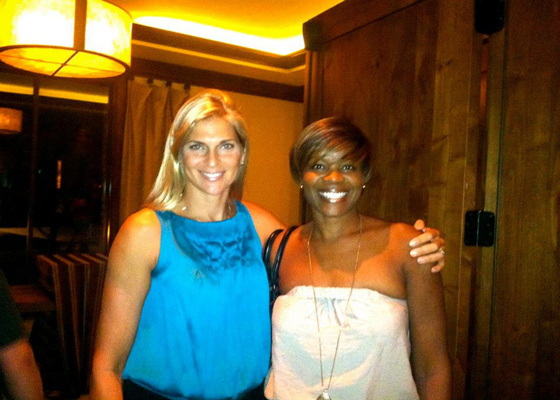 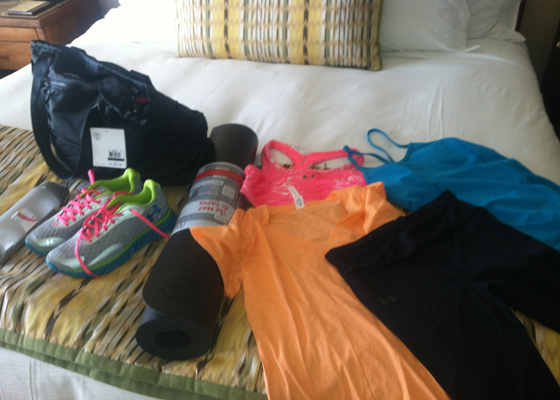 ESPN had an incredible gifting suite as you can see. Thanks to Under Armour and Lululemon. 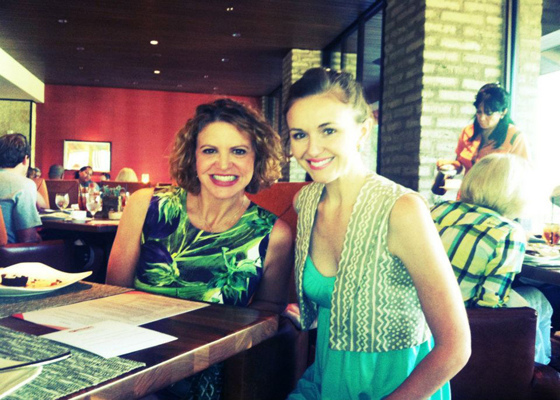 I sat next to Chef Michelle Bernstein for lunch one day! 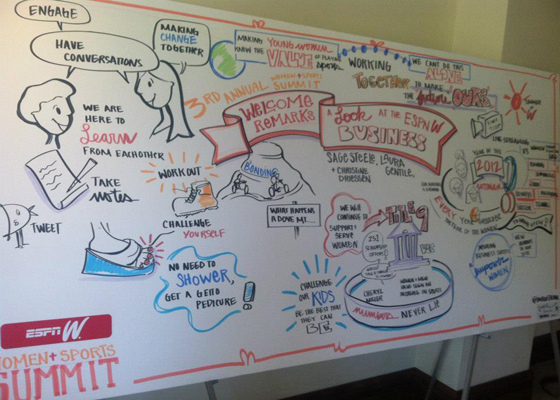 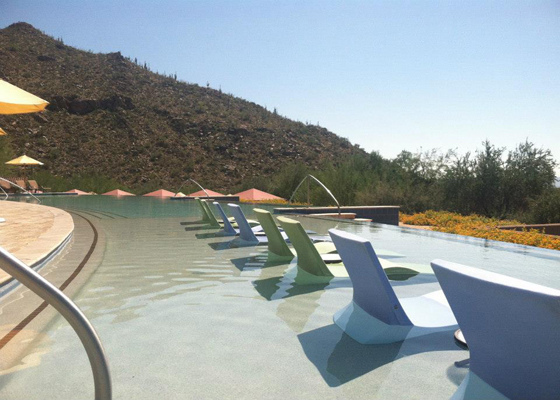 The Ritz Carlton at Dove Mountain. 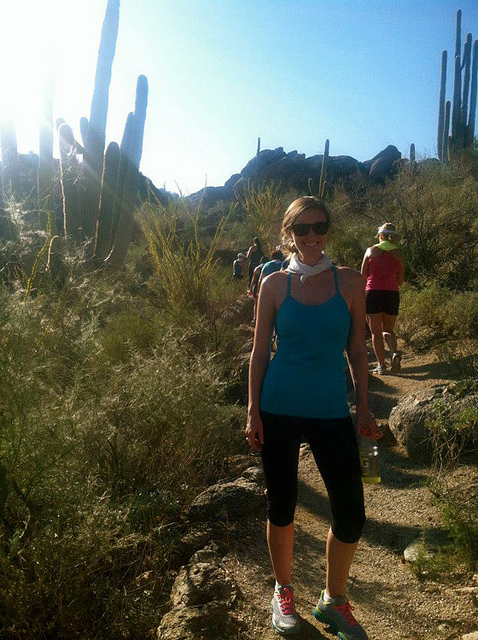 Hiking in my new Under Armour gear. 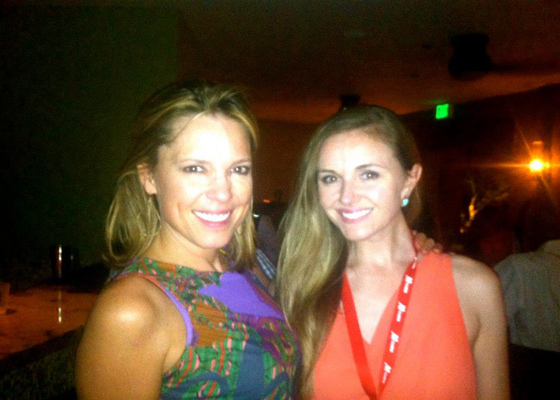 ESPN’s Hannah Storm and I. 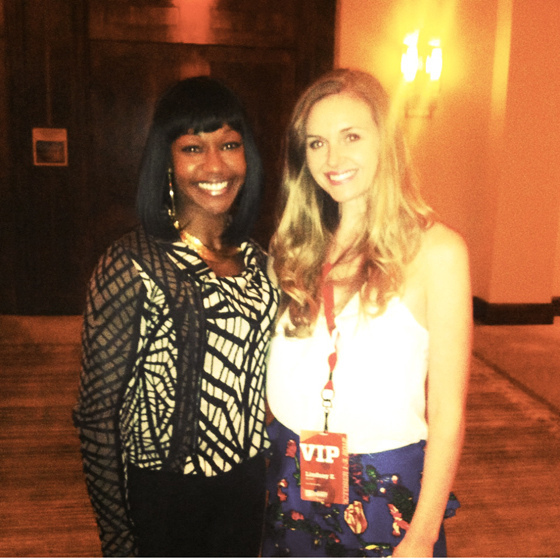 Carmelita Jeter and I. 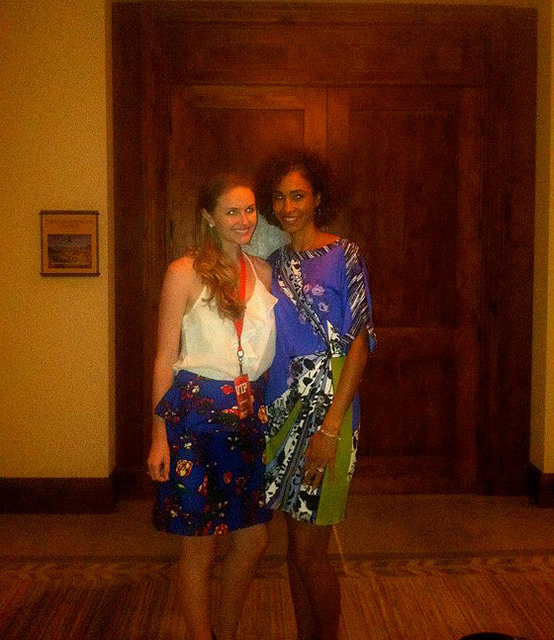 ESPN’s Sage Steele and I.

Heroines for the Planet: Anna Getty