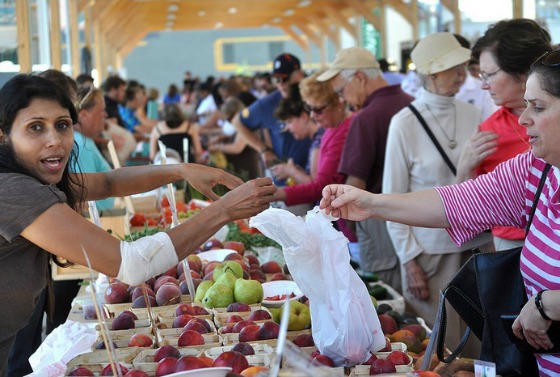 I’ve always believed in the power of the consumer to create change. I emphatically support independent musicians, artists, and crafters. I don’t purchase anything from companies that exhibit behaviors I find reprehensible (conducting animal testing, polluting the environment, denying preventative healthcare to female employees, refusing to pay a living wage, et cetera).

It is involved, sometimes costs extra, and consumes time I don’t really have, and I’m sure I get it wrong almost as much as I get it right. But I will always do it. Boycotting (and pro-cotting) is, in my opinion, the most effective form of activism.

As sad as it is, money really does make the world go ’round. But why not use money to spin the world in a positive direction? It appears that the power of the consumer is being felt by the United States Department of Agriculture, because they are allocating $52 million to support local food industries. This is part of a larger financial “bundle” of $219 million (hey-oh!) that this bill will distribute. 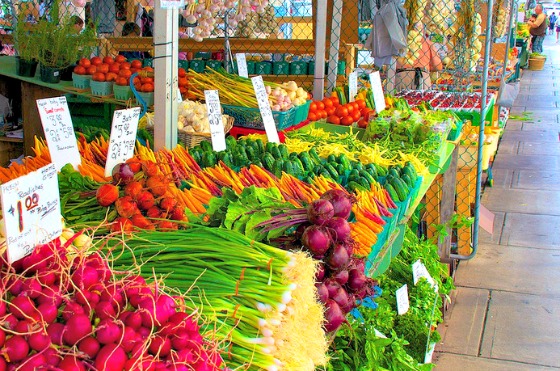 This bill is also allocating $125 million over the next five years towards organic businesses. This is an amazing boon, and will provide much-needed federal research money. My boyfriend has casually purchased a few technology stocks, and one of the lessons I have learned from him about investing is to look at past performance. The organic business generated about $35 billion (that’s “billion,” with a “b”) in sales in the past year, so $125 million over five years seems to be a reasonable investment.

And what is the payoff to this investment? Well, along with keeping the American people healthy, this money is creating jobs. As Tom Vilsak, the Secretary of Agriculture, told The New York Times, “Local food systems are the cornerstones of our plans to revitalize the rural economy… Small and medium-sized operations end up helping to generate more employment than commercial operations because of their varying distribution systems and their local natures. And food hubs hire about 20 people on average.” In other words, allocating federal funds towards local food production and organic businesses is economic stimulus. It is job creation.

THERE’S AN APP FOR THAT

Let this success motivate us further. Continue to consume sparingly and spend consciously. It is getting so much easier. I use the Buycott app to scan barcoded items, to see if the profits from my purchases support worthy causes. You can set it to support different causes (my causes include Equality for LGBTQ, Support Access to Reproductive Healthcare, Demand GMO Labeling, and California Proposition 37 Supporters) and scan to see if your purchases line up with your principles. The app tells you what parent companies you are avoiding and why—like ConAgra foods, which donated $500,000 to campaigns against GMO labeling. I don’t want to support ConAgra with my dollars, which they will then spend voting against my interests.

At the end of the day, it does not matter if budget policy changes are financially motivated. They are always going to be (it is budget policy, after all). What matters more than money is the power of people, using money to make change.