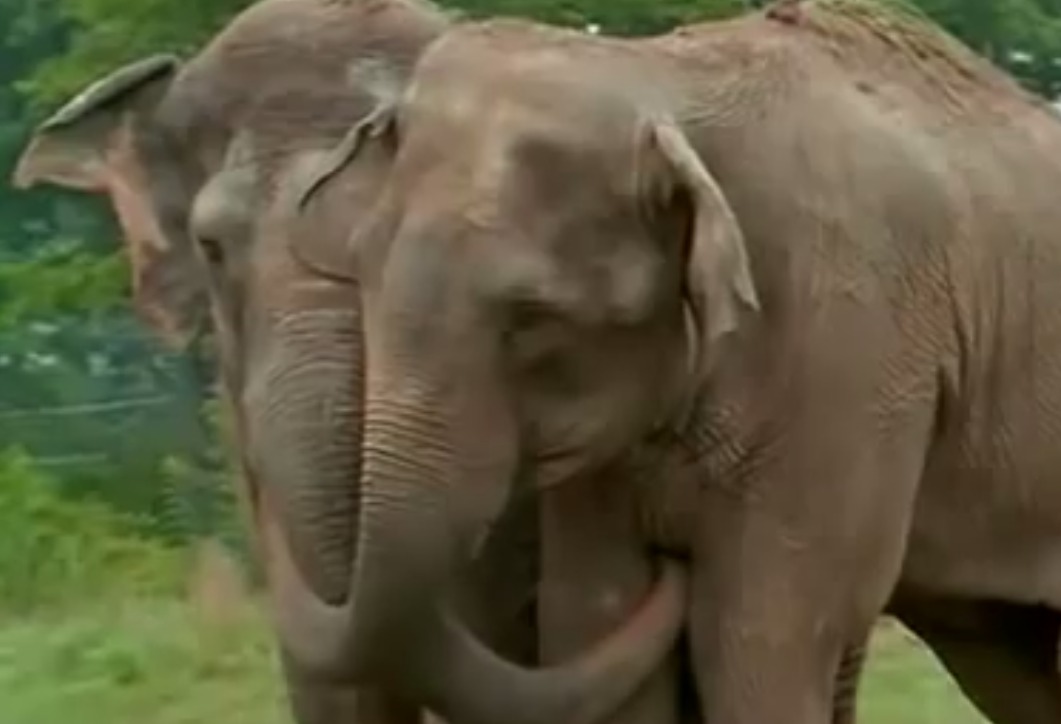 Shirley and Jenny are two former circus elephants who “worked together” over 20 years ago (here’s an in-depth report on why circuses are rotten places for animals—please attend only those circuses that have all-people performers!). They were reunited at The Elephant Sanctuary in Tennessee, and PBS was there to film it. The man you see talking about Shirley was her caretaker at the Louisiana Purchase Zoo, where she had been living up after her circus time and up until she was sent to the Sanctuary.

“When I saw this place, I told her….there’ll be no more chains; she’s free now.”

If you can watch this without crying, you’ll do better than me; I started about halfway in and didn’t stop until the end! So incredibly beautiful. Elephants reunite too. 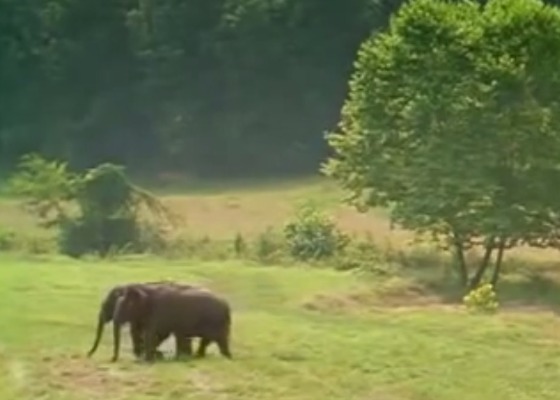 A Garden in an Abandoned Desert Swimming Pool: An Oasis of Food