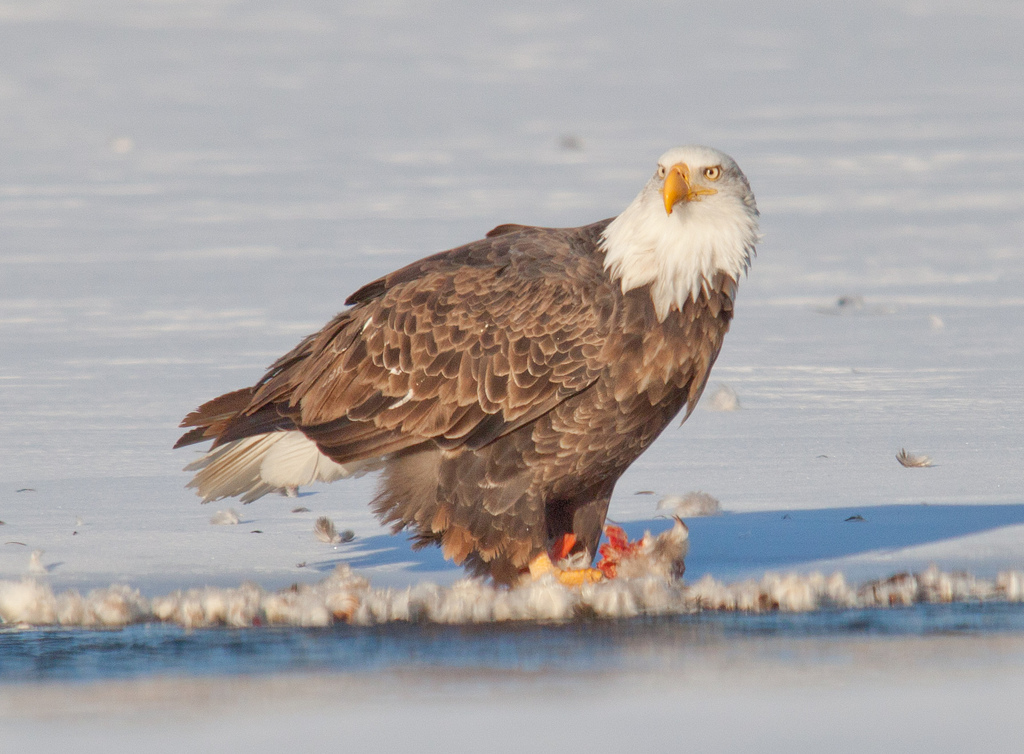 Eagles’s feet are specially armored against attacks from prey, so catching drones isn’t likely to hurt them either.

I’ve heard drones can be useful, but mostly I find them to be as obnoxious as Google Glass. Whenever I see one, I worry about my privacy. What are they recording and why? Who’s flying it and what are they doing with the information they gather? I have no idea.

And something about the way they move and the sound they make irritates me to no end. (Chimps don’t like them either.)

So when I saw the video of the drone being easily scooped out of the air by an eagle (below), the first thing I did was cheer. Because although drones are already banned in New York City and all of our National Parks, they are mostly legal in most other places. And even when they are somewhere they’re not supposed to be, they are hard to remove without endangering people or animals nearby—an out-of-control drone can be dangerous.

To deal with the errant drone issue safely in their own country, the Dutch National Police are testing out a new idea via Guard from Above, a raptor-training program based in The Hague. The birds are specially trained to go after drones, catch them in mid-air, and capture them.

Of course, we know that eagles and other birds of prey like drones about as much as I do—there are videos floating around of drones being taken out in the wild (this one shows a drone being “punched” out of the sky). So the experts are just training them to do what comes naturally.

According to IEEE Spectrum, “After snatching the drone out of the sky, the eagles instinctively find a safe area away from people to land and try take a couple confused bites out of their mechanical prey before their handlers can reward them with something a little less plastic-y. The advantage here is that with the eagles, you don’t have to worry about the drone taking off out of control or falling on people, since the birds are very good at mid-air intercepts as well as bringing the drone to the ground without endangering anyone.”