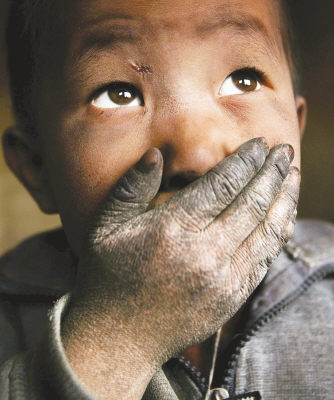 Deadly pet food, poisonous toothpaste, carcinogenic shrimp, and toxic Thomas the Tank Engine toys aren’t the only dangerous exports coming out of China. According to the Netherlands Environmental Assessment Agency, a trusted source amongst academics and UN environmental envoys, The People’s Republic of China is now the largest producer of greenhouse gases. As China continues to pollute at an alarming and exponential rate, arguments are surfacing amongst environmentalists that Western companies, manufacturing in China, are to blame. Some are accusing American multinational corporations (MNCs) of practicing “eco-colonialism” by exporting pollution-intensive industries to China.

I’m not ready to point an accusatory finger at Western corporations just yet — according to Council on Foreign Relations Asia expert, Elizabeth Economy, “billions in environmental assistance have flowed to China from [MNCs]” and the majority of China’s pollution comes from state owned enterprises. On the other hand, Western corporations manufacturing in China are still contributors. Rather than sitting back and reaping the benefits of China’s cheap wage, Western corps should be monitoring their production pollution with the same intensity as their production labor.

After uproars from the National Labor Committee in the mid-90s, many Western apparel companies employed independent “watchdog” organizations, such as Social Accountability International, to curb child labor. When I worked in the corporate offices of a large international retailer, I must admit to being struck by the company’s substantial in-house Human Rights Compliance team. Fearing a PR scandal, big retail groups pour cash into third party auditors while some retail conglomerates even partner with competitors to survey and strategize contracted factories.

Now that China is the largest greenhouse gas producer in the world where are the corporate Environmental Compliance teams? Where are the third party auditors and spies checking emissions, transportation standards, and waste management? If “made in China” corporations could use the same strategy for pollution as they do child labor then perhaps we could make some progress to fix a very large and urgent problem.