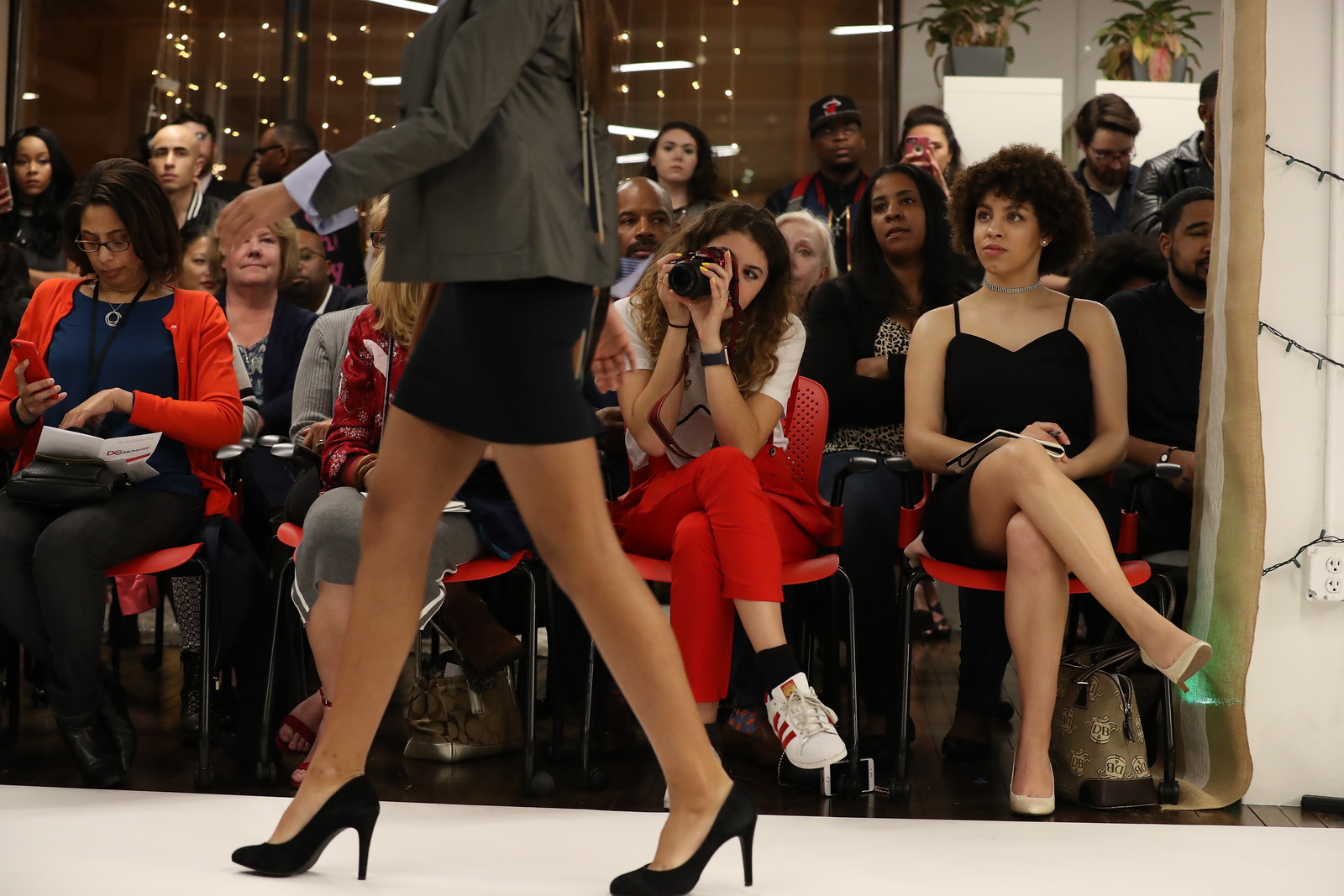 “Moving the needle” was the  phrase of the night, it seemed, at the opening night of D.C.’s Fashion Week. But host and founder of D.C. Fashion Week Ean Williams assured the crowd that though this was “where change would go to work,” they’d eschew being fashionably late.

“Contrary to popular opinion, D.C. does it right,” Williams joked.

Hosted at partner D.C. Impact Hub, a community space just a few blocks down from the Verizon Center and the National Portrait Gallery, D.C.’s Fashion Week set its sights on the future, both in fashion and beyond. The event’s other partner was Suited For Change, a local nonprofit providing low-income women with professional clothing and work readiness workshop.

Jan Baker, a local entrepreneur and one of the team members and leaders of D.C. Impact Hub, was quick to affirm fashion’s role in creating a sustainable and socially conscious future. 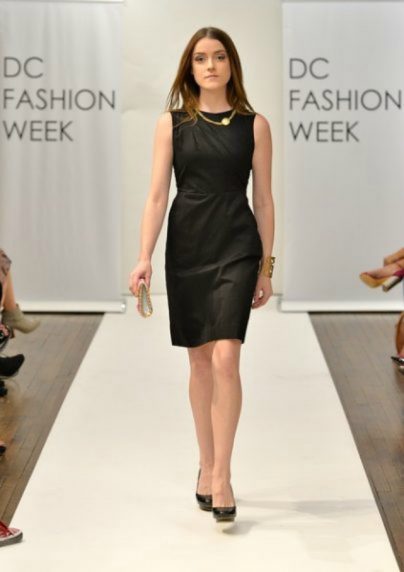 First to exhibit was Maven by designer Rebecca Ballard, featuring outfits for working women. Ballard, formerly a D.C. lawyer, came to ecofashion through a passion for human rights.

“I learned a lot about the darker side of the industry,” she said. As the clothing manufacture catches up to oil and gas as one of the world’s most polluting industries, she noted, it has been all the more vital to include fashion in human rights and social movements. 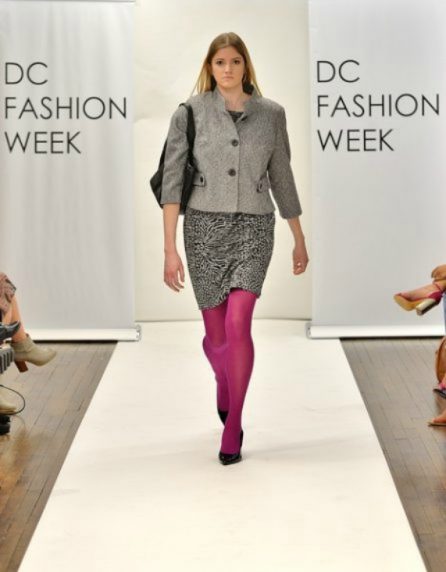 Suited for Change, the event’s partner, also exhibited clothes from their own efforts, taking the stage briefly to talk about the impact their non-profit has had on women’s lives in the area. Two former clients talked briefly about the confidence their new clothes gave them—one client joked that her interview outfit was so great, it was a topic of conversation at office to this day.

Understated sweaters, cardigans, simple skirts and classic silhouettes dominated the runway for their showcase, with occasional pops of color. 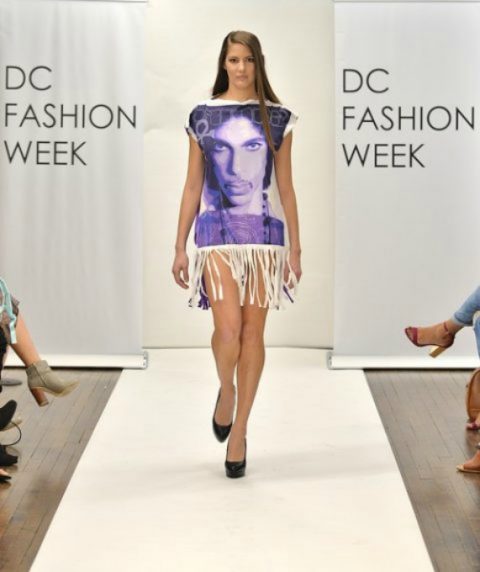 Notable among Taylor’s designs were oversized Prince shirts revamped into mini dresses (above), jeans artfully repurposed as ponchos and creative menswear, such as a top fashioned from strips of old jeans (below). 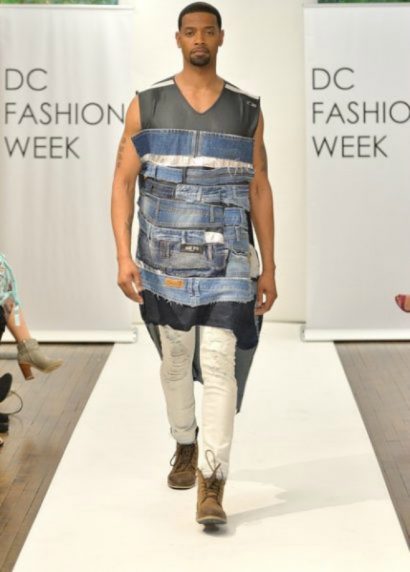 Most striking in the collection was a particularly dramatic leather-bodice dress, draped in tulle, mixing structure with a draping skirt. 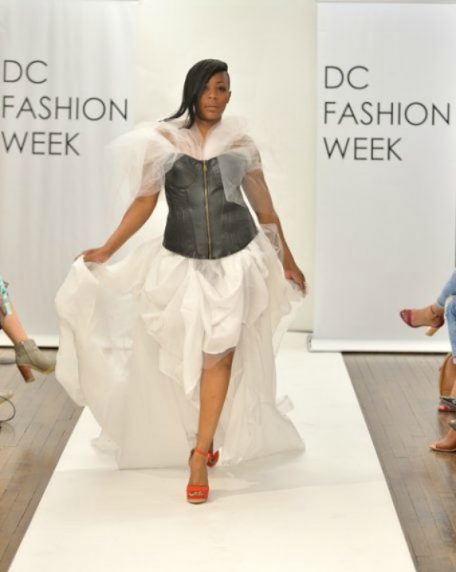 The last collection to take the runway was that of Howard University fashion MFA student Rawan Bahabri, the youngest Master’s student in the program. 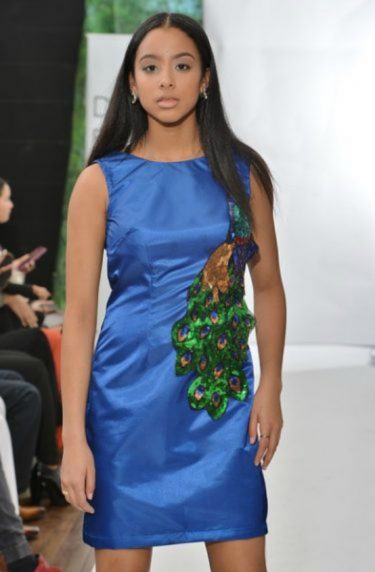 Bahabri’s most notable looks were a blue cocktail dress embroidered with a sparkling sequin peacock, and a military inspired gown, beaded and draped with rope to create an armor—like effect. 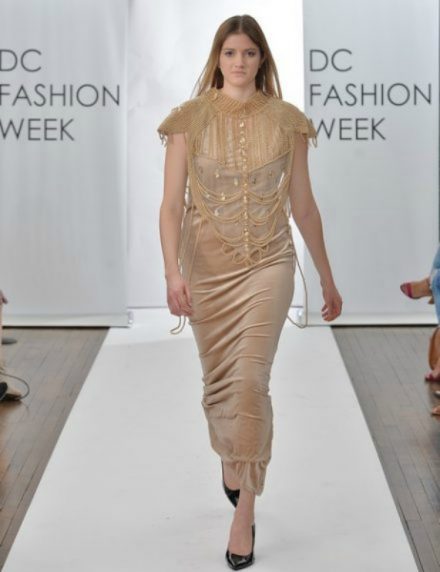 After the show (see Bahabri’s runway walk below!), attendees were invited to peruse the pop-up shop displaying exhibiting designer’s clothes.

They were also invited to consider how they might make sustainable change in their own lives, from buying local to buying consciously made clothing. Other designers exhibiting in the coming days, such as Ukranian designer Vladlena Kulbatskaya, spoke briefly about their own lines and the impact that they hoped it might make on the fashion industry.

“We want to make D.C. the center of international fashion…That’s what makes America great.”