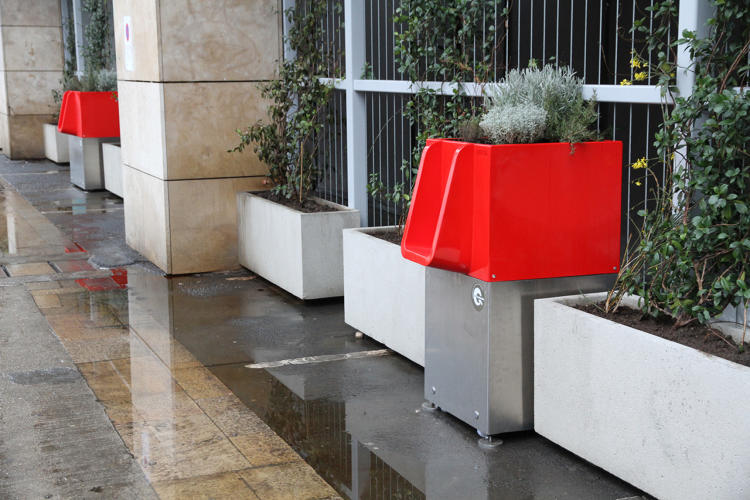 The Parisian life may seem like a rinse-repeat version of strolls down historic streets, perfectly crusty croissants and gorgeous landmarks. Like most cities, however, Paris has had to contend with the less-than-ideal aspects of urban living, from pests to crowded trains to public urination.

But one of those problems may soon be solved. The City of Lights has found a new way to curb the scourge of what they can les pipis sauvages or “wild peeing”—an unobtrusive (and rather stylish) public urinal.

The Uritrottoir (a combination of the French words for “urinal” and “pavement”) is a public outdoor urinal that composts the urine it collects. Rather than scrub 1,800 square miles of pavement or deploy a “incivility brigade” to police errant urinators, Paris has unveiled two of these new urinals near the busy Gare de Lyon train station earlier this year.

It’s a considerably more attractive option than scrubbing or strictly enforcing, too. The urinal comes with graffiti-proof paint and is fitted with an attractive flower box at the back, making it look like a street ornament to unsuspecting passerby. 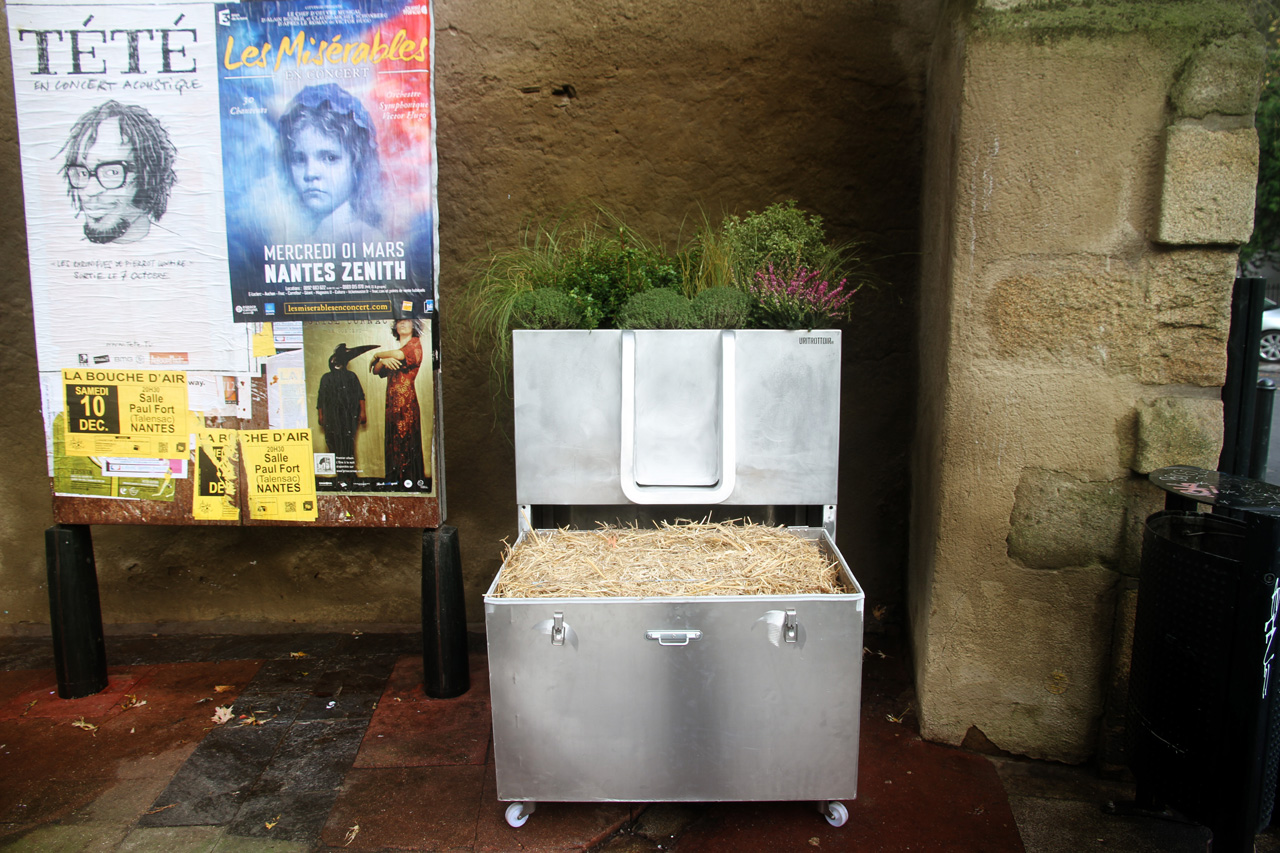 Laurent Lebot and Victor Massip designed the Uritrottoir, inspired by a visit to the Centre for Alternative Technology in the UK—more precisely, when Lebot visited the sustainable architecture school’s bathroom. In lieu of a urinal, people relieved themselves on hay—together that creates a rich, smell-free fertilizer.

The Uritrottoir operates similarly, though without the potential for splashback. The box is fitted with a urinal trough leading to a bed of straw. An internet-enabled sensor measures urine levels, checked by an attendant until the box is full. The waste is then taken to a composting facility just outside the city.

The urinal has one-third the carbon impact of your typical flush toilet, and without the need for a plumbing hookup, a Uritrottoir could go almost anywhere. The pair outside Gare de Lyon cost the capital $9,730 to install, and about $865 monthly for a sanitation worker to remove the waste. However, the urinal comes in multiple sizes, the largest holding the waste of up to 600 people, potentially allowing for more time in between changings.

It’s an eco-friendly, hygenic solution to a common problem. And should their first two urinals prove success in curbing public urination, the SNCF, France’s national railway, plans to install several more across Paris. Three more of these urinals are also on trial in Nantes, a city in western France. With any luck, the city’s “wild peeing” problem will hopefully one day become a “wildflower peeing” solution, and the Urritrottoir may be the new French norm.

Green Beauty on the Go: Simplify Your Routine for Summer Travel