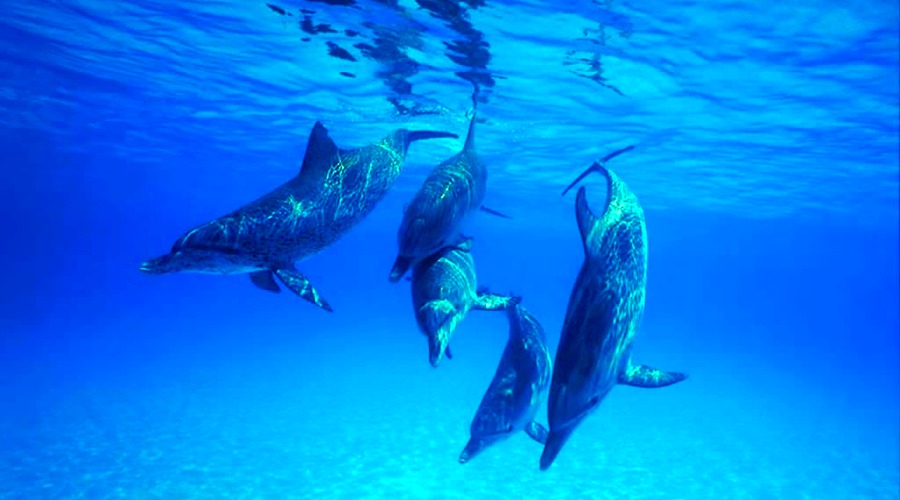 With the dolphin killing season at the Cove in Taiji, Japan, half over, deaths and captures of the marine mammals have hit record lows.

Between the opening of this season, on Sept. 1, and the end of 2014, 367 dolphins were slaughtered, compared with 406 dolphins killed by Taiji hunters over the same period in 2013, according to data compiled by the website Ceta-Base from estimates given by Cove Guardians, the on-the-ground volunteers for the Sea Shepherd Conservation Society.

“Last season was the lowest year of dolphin kills we have seen at only 835 dolphins killed for the whole season,” Mark Palmer, associate director of the international marine mammal project at Earth Island Institute, wrote in a blog on the group’s website.

“By contrast, when we first began our Save Japan Dolphins Campaign in 2004, about 1,600 dolphins were killed,” Palmer said. But, as he noted, two months remain in the current season.

“The Taiji hunters show no signs of giving up the chase,” he said. “If they come across one or two large pods of dolphins in the next two months, they can easily make up for their quota, which totals 1,938 dolphins.”

Even more dramatic has been the decline in dolphins captured for sale to aquariums around the world. In 2013, between Sept. 1 and year’s end, 68 dolphins were taken alive. But over the same period in 2014, that number had fallen to 33 animals. 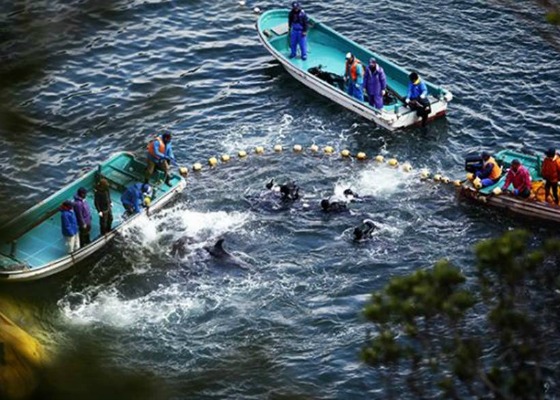 “My guess is they have glutted the market, but as captive dolphins die frequently, the market continues to grow for captive trained dolphins,” Palmer said in an email. “The aquarium industry keeps information like captive deaths and demand for more captives very secret.”

Another possible explanation is the low number of bottlenose dolphins that were caught.

“That hurts the captivity aspect of the hunts, as they are the species most sought after by aquariums,” Palmer said.

Meanwhile, from Sept. 1 until the end of 2014, hunters released 85 dolphins back to sea. One explanation, according to Palmer’s blog: “Taiji is having trouble selling dolphin meat, due to Earth Island’s Save Japan Dolphins Campaign and other organizations that are educating Japanese consumers about the dangers of eating mercury-contaminated dolphin meat.”

Sources in Taiji have told Earth Island that the market for dolphin meat continues to decline. “So rather than fill up their freezer units with dolphin meat that cannot be sold,” Palmer wrote, “the dolphin hunters release the animals.”

Given the relatively low numbers and dipping demand for dolphin meat, are the drives perhaps reaching some kind of tipping point where they’re economically no longer practical?

“We believe so,” Palmer said. “The hunts really don’t make much economic sense anymore. But the problem is that captivity industry keeps pouring in money for more captive dolphins for the trade.”

“Many people are frustrated, I know, that the hunts have not ended already, especially with the impact of The Cove movie,” he added. “But the Japanese people have been shielded from a lot of the impact due to government opposition and lies and the media blackout.  So we still have a ways to go. But we will get there.”