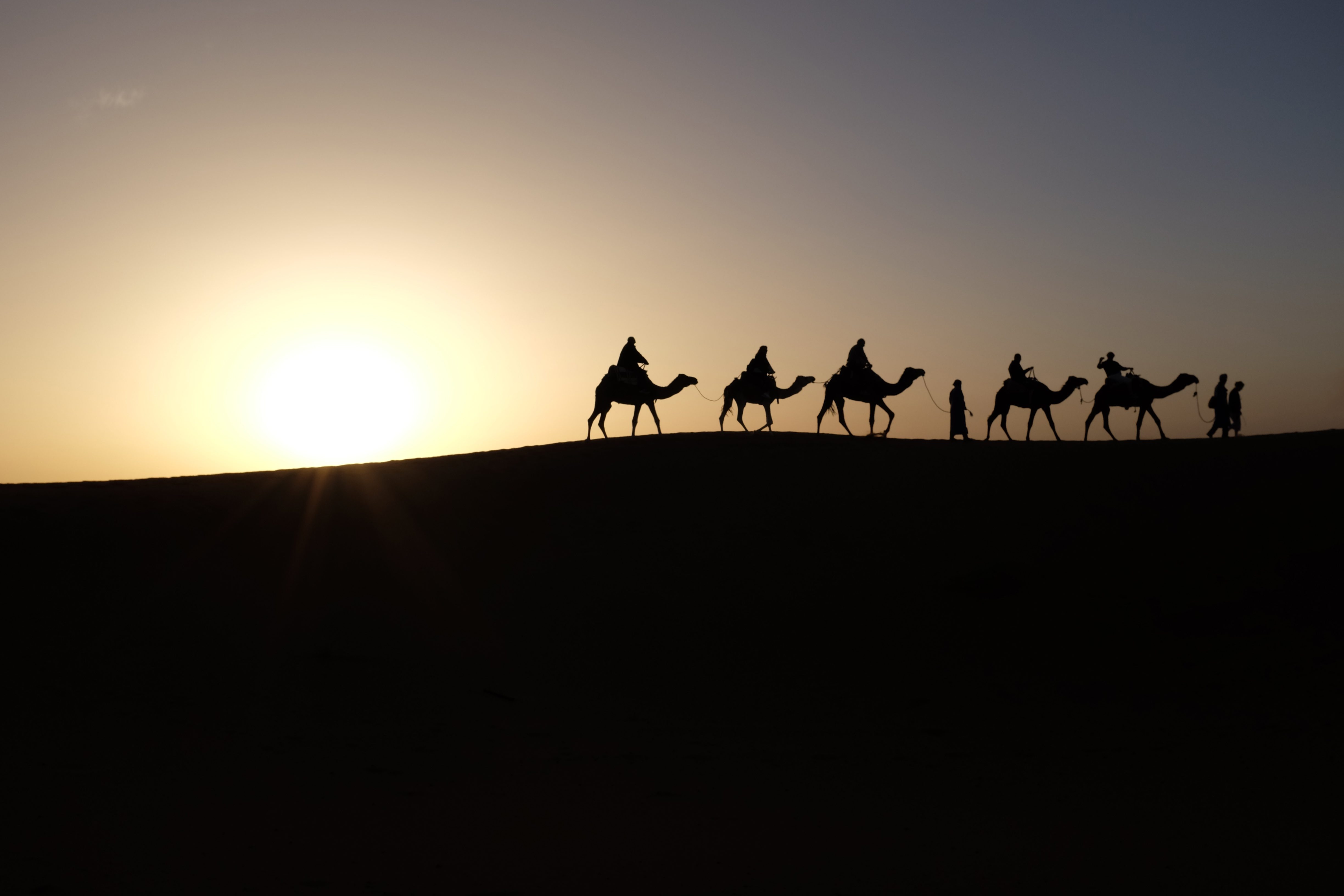 ISIOLO, Kenya – It is hard to imagine Maryam Osman, who spends much of her day leaning out of her car and bellowing at farmers, not having a say at home, let alone needing permission to leave it.

But that’s how it was for her and other women in Isiolo, a small town in northern Kenya, before camel milk changed their fortunes. “The women are really coming up because of camel milk,” says Osman, now a kingpin in the local industry.

“We don’t need to ask permission to go and visit the camels.”

Now Osman buzzes around town every day, visiting various camel camps to check on production. Which is where the bellowing comes in.

Farmers in Isiolo have been struggling to keep their businesses alive as the cows and goats they rely on are dying in Kenya’s increasingly long and fierce droughts. So in 2010, Dutch development agency SNV set up a camel milk cooperative to give female entrepreneurs a boost and encourage the community to shift to an income generator that isn’t so susceptible to the effects of climate change.

With around $100,000, SNV helped the women establish a collection center where raw camel milk can be properly tested and cooled, before it’s sold. Osman is one of 100 women who have joined. By pooling their resources, the women saw a sixfold increase in milk production at the cooperative and a 30 percent hike in profits.

The cooperative grew, as did what Osman calls “a rush for camels” in the wider community. The women’s status improved as people saw them making more money and getting a higher quality product out to big city markets.

And Osman went from having to ask her husband’s permission to leave the house to juggling three daily visits to herdsmen to collect milk with managing the clothes shop she set up with her profits. She only calls it a day after an evening trip to the center to account for roughly 80 gallons (300 liters) of milk delivered there daily, most of which is then transported four hours south to Kenya’s capital, Nairobi.

“Women are much more powerful now,” says Osman. “We are in charge.”

The United Nations Food and Agriculture Organization (FAO) estimates that the global camel milk industry could be worth up to $10 billion a year. Increasing demand for the milk from urban centers in Kenya is causing a boom in the neglected, arid areas of the country’s north. “Previously, the price used to be around 40 Kenyan shillings ($0.40) per liter,” says Osman. “Right now, it’s up to 150 ($1.50).”

As more Kenyans have come round to the benefits of camels over traditional livestock, the number of camels in the country, which tripled between 1999 and 2009 to around 3 million, continues to rise. Herders have started cashing in their cows for the animals they used to keep only as drought reserves. Drought can kill 50–80 percent of cow herds, says Piers Simpkin, a camel expert and milk producer who works for FAO Kenya. But “you’ll probably only get a 10–16 percent mortality in camel herds.”

Fatuma Yousef used to have 300 cows, but after losing 70 of them to drought she sold 100 others to buy camels and joined the Isiolo cooperative. She now has 60 camels and sells the milk for twice what she used to a few years ago. Like many of the women in the cooperative, Yousef uses the profits to pay her children’s school fees. And working with the cooperative means she can afford to spend more time with her family.

“Now we have a management team, I only have to come [to the center] early to drop off the milk and the team sends it off,” she says. “When the children are older and I don’t need to look after them during the day, I’d like to own a shop.” But for now Yousef is focused on saving money to scale up her camel herds.

The demand for camel milk has gotten so huge so quickly, Kenyan farmers are having trouble keeping up. Holger Marbach, who owns the Vital Camel Milk factory an hour south of Isiolo, has trained 3,000 Isiolo producers to improve standards in milking hygiene and animal management. He thinks if Kenya’s camels were milked properly and for what they’re worth, the industry could turn over $3 million a day.

Marbach’s factory churns out 2,650 gallons (10,000 liters) of milk and yoghurt products each month, 80 percent of which he sells to Kenya’s largest supermarkets. But the thirst for camel milk goes much further. Marbach gets 50 emails a day from clients abroad wanting to source the milk. “International demand is huge,” he says, estimating that he could potentially double his sales on the domestic market, let alone abroad.

But supply is a problem. Marbach sells what he can to South Africa and the Middle East, but has to turn down Asian orders for shipping containers full of milk. A lack of industry standards and export laws in Kenya, which still doesn’t recognize camel milk under its Dairy Act, makes exporting to Europe difficult. And strict food import laws mean Kenyan farmers can’t sell to America and Australia, which are seeing their own camel farms spring up as demand for the latest “supermilk” grows along with internet chatter about its alleged “miraculous” health benefits.

In Isiolo, the women of the camel milk cooperative are talking about pooling their resources to buy their own camels and a car to further boost their autonomy and profits in a community where most women aren’t allowed a say in family finances.

“We’re making money so we can make more decisions about how to spend it,” says camel milk producer Sadiya Abdirahman. “We have a contribution to make, and the men realize this.”

For Osman, camel milk has already been life-changing. Now she hopes it will do the same for her family. “This business is very good. I will do it until I die,” she says. “I’m encouraging my children to get into this already. Their holidays are visiting the camels.”

This story is shared via News Deeply and was originally published there. It is reprinted here with permission.

1/3 of Women and Girls Worldwide Don’t Have Toilets: Here’s Why That’s a Feminist and Environmental Issue