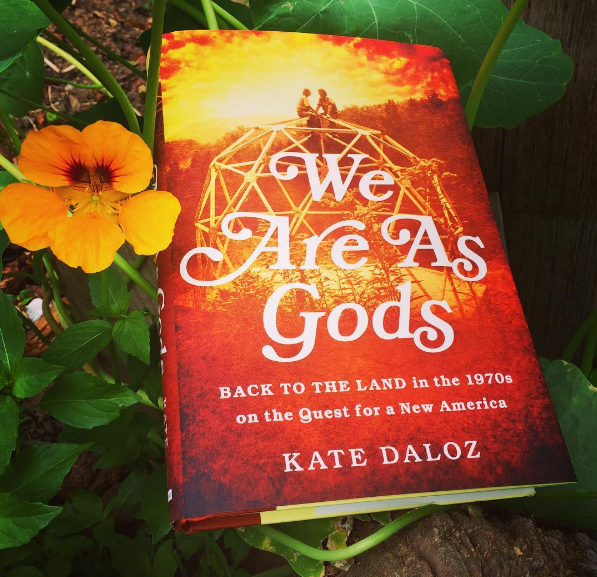 The 1970s saw some remarkable, (and some ridiculous) experiments in how Americans wanted to live. There were cults and communes, thousands of new suburban tract homes and decaying urban neighborhoods being taken back over and converted by new populations. Some young people wanted to create a new society, while immigrant newcomers and others wanted the homes that 1950s sitcoms promised. And some people just wanted out.

In the new book, We Are As Gods: Back to the Land in the 1970s on a Quest for a New America, the daughter of a Back-to-the-land couple, Kate Daloz, shares what it was really like for her parents, who were one of the million-or-so young people who left America’s cities in the early 1970s and moved to the country—in this case, rural Vermont—to start a new life. What really happened to all of those who left their childhood homes to carve a life out in the (relative) wilderness? And why did they really go?

“The sudden impulse toward rural living that has sent so many in the counterculture running for the hills had always been fueled by a potent mix of pessimism and optimism: the urgent panic of fleeing a coming apocalypse and the equally urgent desire to learn new skills and invent a better way of living,” writes Daloz of the core motivations of her parents and people like them.

In this look back at a specific moment in American history through the lens of a couple who build a geodesic dome (Daloz’s parents, as featured on the cover of the book) and their neighbors, a Free Love group who called themselves the Myrtle Hill commune, the author avoids the stereotypes about the hippies of the 1970s and mines their true motivations, successes and failures in a deeply researched history.

Flower Beards for Men: We Just Can’t Get Enough