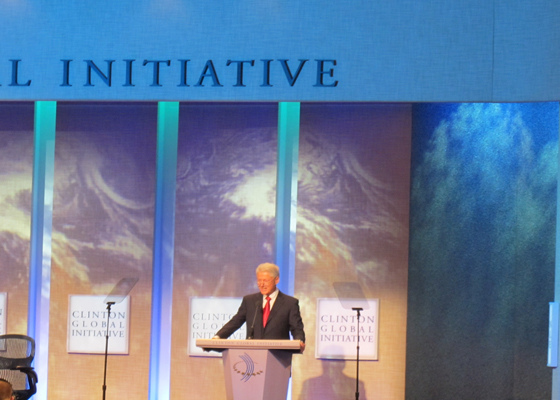 Eco Chick attended the Clinton Global Initiative earlier this week and listened to many of our world’s greatest minds focused on solving the most pressing issues of our day. Politicians, innovative social entrepreneurs, NGO leaders, and CEOs, convene annually at CGI to discuss their commitments to ensuring people’s human rights, and bettering communities and the health of the planet and its inhabitants. 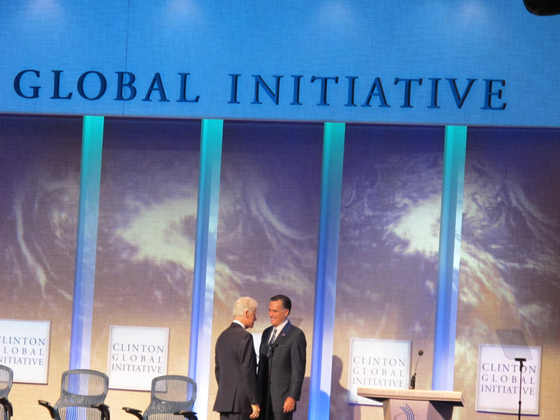 I met Dr. Laurie Marker, an extraordinary woman who founded the Cheetah Conservation Fund. Dr. Marker is fighting to save the precious cheetahs of our world and she has a remarkable story. We’ll be featuring Dr. Marker in our Heroines for the Planet series soon. 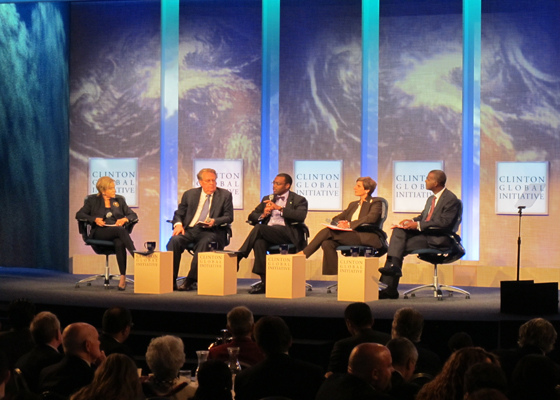 I listened to a plenary session titled “The Future of Food” which I found particularly fascinating as it’s an incredibly important subject both for the developed and the developing world. Agriculture accounts for 70 percent of the world’s use of scarce water supplies, and deforestation for food generates more greenhouse gases than all forms of transportation. And one-third of the food generated for human consumption continues to be lost or wasted. Food waste is an issue we’ve discussed plenty.

Akinwumi Adesina, the Minister of Agriculture and Rural Development of Nigeria, spoke to the importance of agriculture as an agent for poverty alleviation, and the transformative power of sustainable agriculture. “Agriculture has more potential to get millions of people out of poverty than any other activity,” said Adesina, explaining “we need to change our mindset about the potential of agriculture. In Nigeria today, agriculture is being treated as a business.”

Rosenfeld cited the example of her company’s (Kraft Foods) investment in cacao farms in Ghana through a public-private partnership, and how it helped the company secure a high-quality, high-yield source of a key input for their business. “It created a fabulous cycle of investing and opportunity,” Rosenfeld said.

It’s worth mentioning that Lester Brown is coming out with a new book on these issues “Full Planet, Empty Plates: The New Geopolitics of Food.” 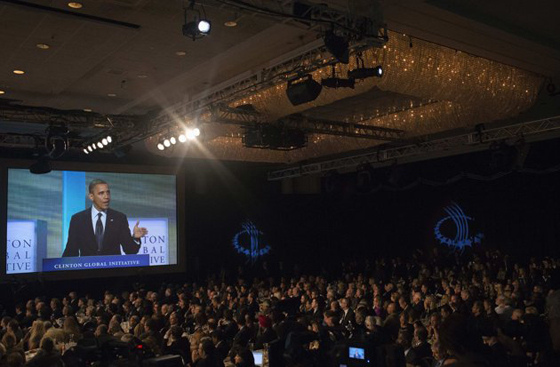 President Obama delivered a powerful and thought-provoking speech on modern-day slavery. I was so moved by it that I live tweeted several quotes. Obama made a commitment to not only aggressively tackle slavery in remote corners of the developing world, but here in this country as well.

Eco Chick featured international human rights activist, Somaly Mam, in our Heroines for the Planet series earlier this year. Somaly shed light on many of the issues involved with modern-day slavery and we also learned how prevalent human trafficking and slavery is in the United States. There are currently an estimated 293,000 American children at risk of being exploited and trafficked for sex, according to the FBI.

“Modern slavery is barbaric and evil and has no place in a civilized world,” said President Obama. “There are more than 20 million victims of human trafficking in this world.”

President Obama also said how important it is for us to be conscious about the clothes we wear, and the food we buy.

To help end modern-day slavery, we have to stop supporting the companies who chose to operate unethically and exploit workers.

Heroines for the Planet: Honoring a 'Force of Nature' and Rainforest Action Network's Leader Becky Tarbotton