“Never be afraid to be a poppy in a field of daffodils.”

This advice is given by Michaela DePrince, a young ballerina who reminds us all that standing out can be a very good thing.  Singled out at the age of four in her orphanage in Sierra Leone, Michaela was called the devil’s child and ranked number 27 on her caretaker’s scale of lovability.  (There were 27 children total in the orphanage.)

Michaela was an outcast for one simple reason. She has a skin condition called vitiligo which renders the pigmentation of her skin uneven. Her contemporaries derided her for it, but she recalls knowing even then that she was going to “be someone.”

That someone? A ballerina. After the wind literally blew a magazine into her face, Michaela became fascinated by the image of a dancer en pointe and decided that a dancer was what she had to become.

In this video you can hear more of Michaela’s story, and how she and her adoptive mother wrote it all down together. Taking Flight, Michaela’s book, has been a huge success, and MGM just purchased the film rights to the tale.

Michaela continues to stand out as one of very few black classical ballerinas working today, and we couldn’t be more impressed with her.  In a field of daffodils, this poppy is the most beautiful flower for miles. 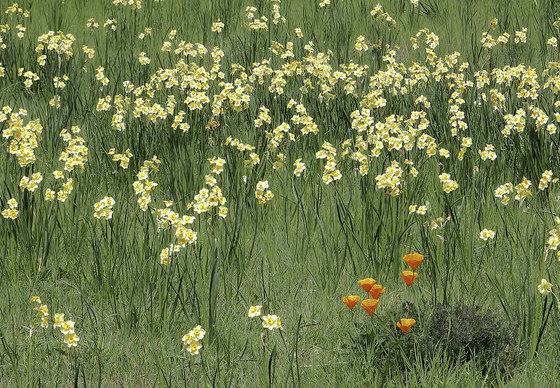