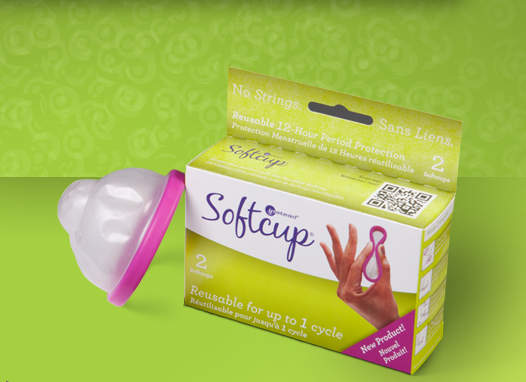 I’ll admit it, I’ve been shy about trying a menstrual cup; it just seemed impractical in too many situations since you have to dump and rinse them, and what if you are in a public place when you need to do so? So, contrary to other parts of my life, where I’m down to try new things (and even seek them out), when it comes to my period, I’ve been doing the same thing, the same way since I was 14. Which is insane—I can’t think of anything that I do the same was I did when I was 14. It’s kind of strange even to write that.

So I finally tried a cup, and I think what made me do it was that I really wanted to go swimming. There’s maybe two days a month that I usually don’t swim—the second and third days of my period. But I love to swim. And the Softcup box was staring at me. I hate to admit it, because I’m not one for disposable ANYTHING, but the fact that I could try it and then throw it out appealed to me. It seemed “easier” somehow, and certainly the disposable Softcup is more lightweight and flexible than the nondisposable options I have previously checked out.

I’m not going to pretend I was brave—I was totally dreading trying something new. But the pool was calling, and I knew how good it would feel to stretch out in the water (it would help my mild cramps, plus swimming is so relaxing and fun.)

So I sat on my toilet and read the directions five times (they are excellent directions, by the way, much better than any others I have seen for similar products, and that helped too—there’s even a little diagram showing exactly how it is supposed to slide into your body and where it’s supposed to sit. And there’s a video, too).

I failed on my first shot. I was very tense. I did a few meditation breaths, then tried again, thinking “Hey, no big deal, this is my body!” (In case it’s not totally obvious, no, I have never had a kid—I assume once you give birth, this stuff is probably not as much of a thing.)

The second time, I got it. I stood up very gingerly. Walked around my house. Drank a glass of water. Then I put on my swimsuit and clothes, jumped on my bike, and pedaled over to the pool, and had a great swim. I didn’t have to worry about the Softcup (and didn’t feel it at all) because I could leave it in for 12 hours, so I ended up lounging on the pool deck and got some sun. I had no trouble peeing, and took it out 5-6 hours later, interested to see how full it might be. I don’t have a heavy flow, so it wasn’t even 1/3 full. I wrapped it in its plastic wrapper and tossed it in the trash. There was no smell at all (since your menstrual fluid is never exposed to the air) which was nice too. I’m not horrified by smells or anything, but it was nice to smell the same as I do when I don’t have my period. 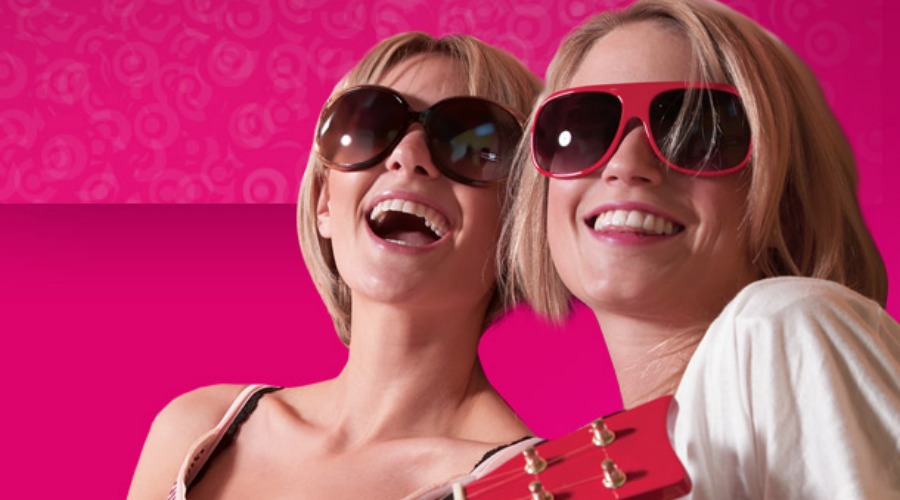 The next day I tried Softcup again, all day long, with zero leakage and just as positive results (I definitely looked as happy as the chicks in the image above!), and took a long walk/run in the afternoon, no problems. Now that I feel so comfortable with the device, I’m going to try the reusable version—and honestly, for me it seems like a combo of the two products would work best long term. I would think that each period, I would probably need to use one or two disposable Softcups, and I could use the reusable version the rest of the time—which is still a lot less wasteful than either disposable pads or tampons.

The health benefits of Softcup are well-documented: they are not linked to Toxic Shock Syndrome (TSS) and they don’t cause dryness or irritation the way tampons can (they can even be worn during sex and while you are asleep). They don’t contain any latex, silicone, phthalates, BPA, PVC or dioxins.

And I love that for every box of Softcup that you buy, the company donates a reusable cup to a woman or girl in Africa (where a lack of sanitary products can actually keep girls from being able to attend school).

Was it worth the couple minutes of initial discomfort to try something new? Definitely—because it’s a vast improvement my same-old method I had be using since I was 14. Probably not a huge surprise, but a pleasant one! I feel like my whole relationship to my period has changed for the better. You should also have a look into these reusable period pads, which are a great way to avoid all of that horrible waste.

I received product and compensation from SoftCup for this post, but the opinions are my own. 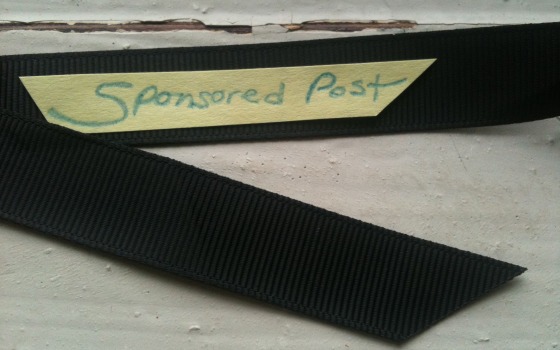 7 Natural Beauty Subscription Boxes That Rock (Including 2 Vegan Ones!)